We’ve heard many queens on the circuit scene be called ‘trashy’ before, but with statement pieces whipped up out of IKEA strong-hold carry bags – we’re being given a whole new meaning to the word ‘recycled’. Anybody who’s been to a circuit party before knows that there’s always the danger of turning up in the same Slick It Up garms as another queen — but you’d be a one-off in these.

The pieces became a ‘thing’ when Balenciaga released a bag (racking up to £1672) that bared more than a passing resemblance to IKEA’s 40p tote. IKEA responded by saying they were “extremely flattered” to be an inspiration for new catwalk designs… Although, we can’t see Balenciaga sharing the sentiment.

Naturally the gays had to get their stamp on the viral trend.

The jockstrap design (and possibly the others too (TBC)) were crafted by Andi Wardrobe. 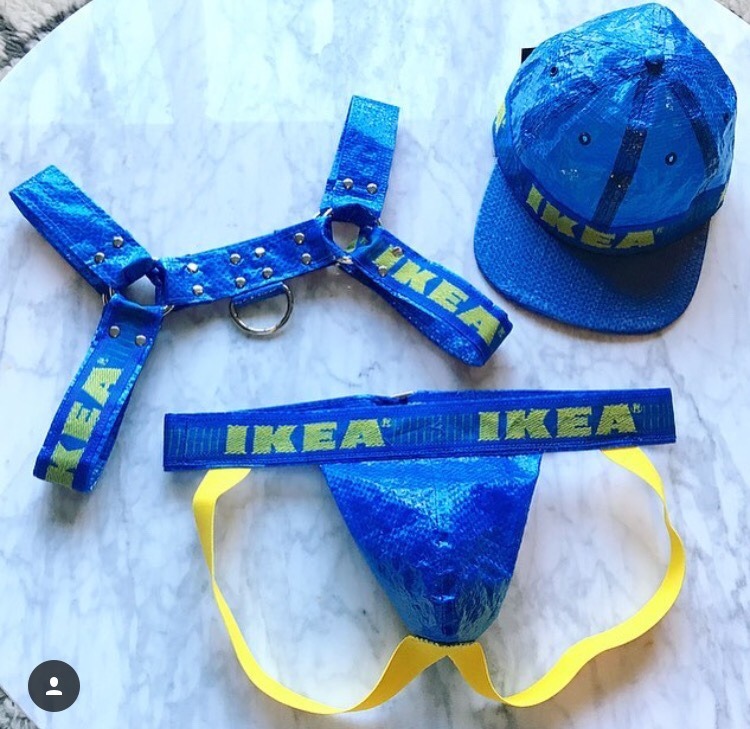