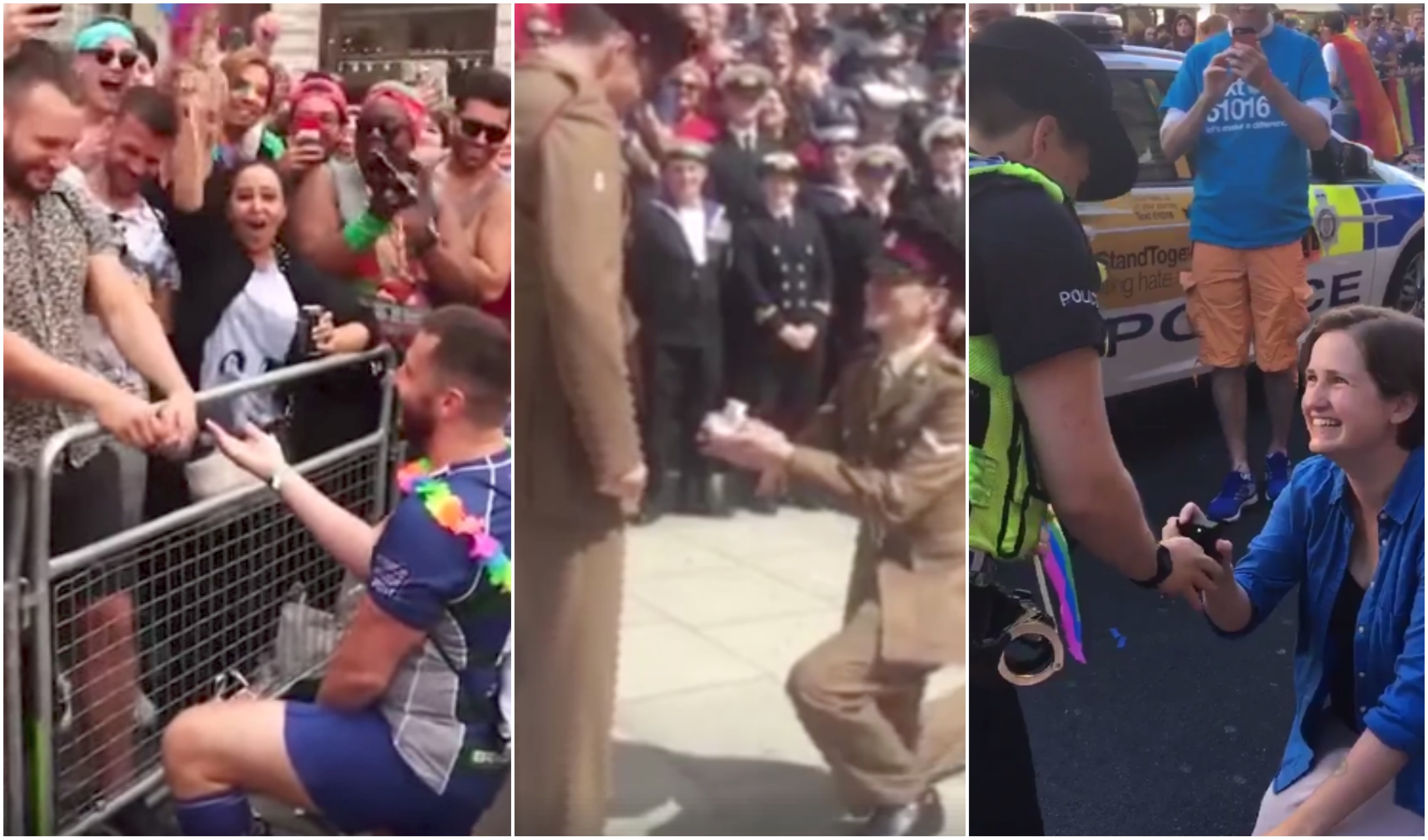 It was a busy day this Saturday at London Pride, and we’re not just referring to the hundreds of thousands of people that descended on the streets of the Big Smoke. It was a busy day for love birds declaring their love for one another – with Pride.

Corporal Damien Dagg actually met his boyfriend last year at the parade, and decided their one year anniversary would be the perfect proposal. So much for, ‘don’t ask, don’t tell’. We’re thinking more, ‘do ask, do get married’.

Two British Army soldiers are to be married after a proposal at Saturday's #Pride celebrations in London. Cpl Damian Dagg proposed to Joshua Thorne, who he met at the same event last year… http://frces.tv/rppBbw

Also getting down on one knee was a member of the King’s Cross Steelers, London’s premier gay rugby club, was Fernando Ferriera. And it wasn’t to ensure his laces were tied. After finding his man Greg Woodford, Ferriera offered his ring – and he said ‘yes’!

The British Transport Police also got a surprise on the day — and no, it wasn’t the overground running on time! Officer Dizzy was left looking for her balance when girlfriend Jane proposed to her amongst the crowd. The two are now set for marriage, and were shown full support by the BTP, who tweeted this:

Barclays Bank Gets Behind The #FreedomTo Movement