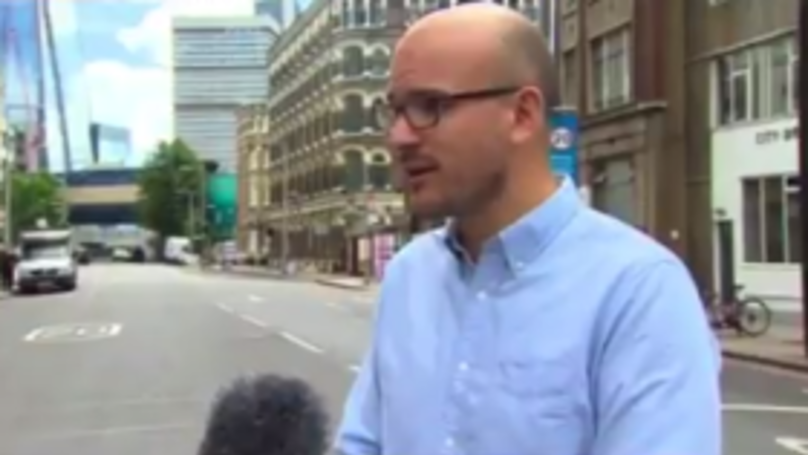 Yesterday (Sat 3rd June), news broke that there been another terrorist attack in the UK, just weeks following the bombing at an Ariana Grande concert in Manchester. This time a van mowed down pedestrians at London Bridge and Borough Market before taking to the streets to stab innocent bystanders, leaving seven dead and 48 injured.

Many people have expressed their fears on social media and desire to move elsewhere, but one man has articulated how many of us other Londoner’s feel perfectly. Richard Angell was living his best life, charming the pants off of boys and getting white girl wasted with his bitches when the attack went down, and police stormed the pub ordering patrons to get on the floor.

Check out the video below to see why his interview with the BBC is going viral.

Brilliant & defiant interview from someone who was in a restaurant attacked last night here in London. The right response from a tough city. pic.twitter.com/iyZT8V63Vc

“If me having a gin and tonic with my friends, flirting with handsome men, hanging out with brilliant women, is what offends these people so much, I’m going to do it more, not less.

Angell went on  to praise the efficiency and bravery of the emergency services, and hailed the met police for their protection. He added, “Small-minded, cowardly, evil people should not change our way of life. They won’t make me scared on the streets of London.”

Having been in New York when the attack took place, I can never imagine the tension and unease, and fear in London at the time, but while many express their desire to escape the city and hide from these potential attacks, I’m looking forward to returning to my home town, and standing strong with the rest of us that refuse to live in fear. A terror attack could happen at any time, and at any place, and succumbing to the ‘terror’ or a terror attack is exactly how they win.