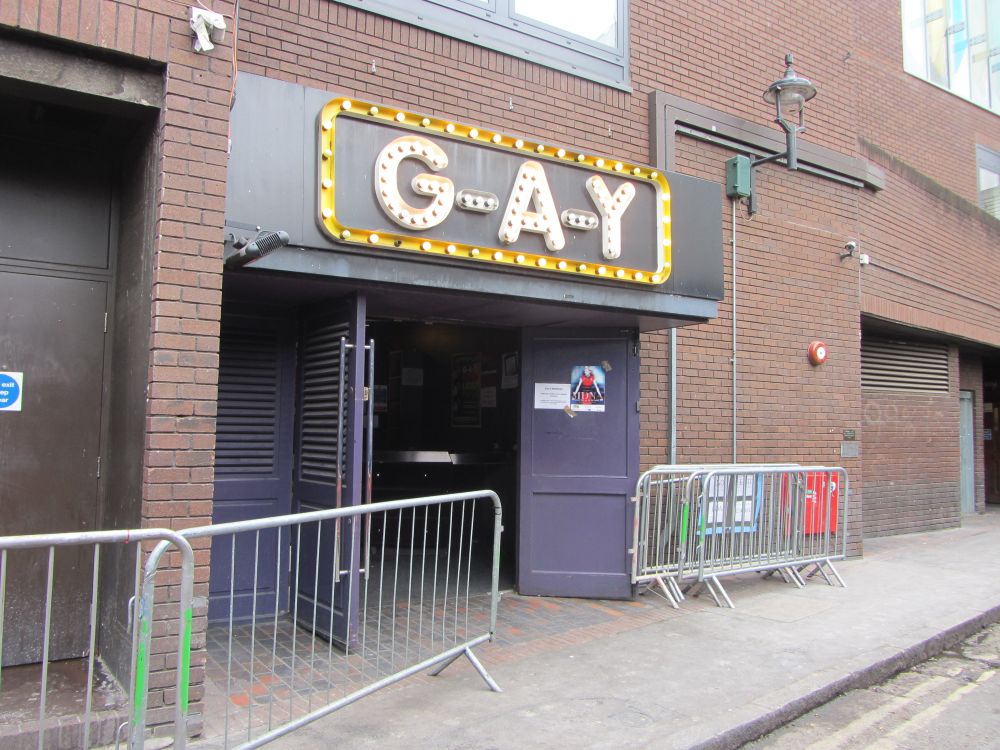 The G-A-Y brand has come under fire this week for refusing entry to a potential customer for carrying HIV medication on him. The customer “Oliver”, who is HIV+ and only 24 years old, claimed that staff grilled him loudly, in front of other customers, when they found antiretroviral drugs Truvada and Efavirenz in his bag.

After telling him it was medication for HIV, they still refused him entry. This is what happens when you employ ignorant apes to work on the doors of gay clubs. So jumped up by their “security” label, that they forget to be human and have compassion, even to the people they’re there to protect.

After explaining to staff that the medication was for his HIV, according to BuzzFeed they told him he couldn’t enter with them, because “you can’t bring pills into a night club.” Do you see the level of intelligence going on here?

After offering to throw them away, or take them in front of them – they still denied him entry.

“I thought it was inappropriate. It’s quite humiliating. I was mortified – as a gay venue, that [explaining it’s HIV medication] should have been the end of the conversation.”

He goes on, “I think it’s really irresponsible and really disappointing. It’s an extra layer of challenges that people with HIV have to deal with – it shouldn’t be this complicated. I’m not going to be going back to that venue.” You’re really not missing much, sweetie.

And he’s totally right. The brand should be embarrassed by this. All gay venues staff should really be trained to recognise meds, but at the very least, handle the situation discreetly.

To be fair, the other G-A-Y venues are usually alright, and the security at the bar on Old Compton are pleasant, but Late is the worst. Was getting refused entry every single time, claiming I’m “too drunk” even when I was stone-cold sober. After speaking to the manager and being told I wasn’t being let in, without any explanation, we boycotted the venue. Think it’s ’cause I got off my tits and escorted out one time, but that was like six years ago… Build that bridge, honey.

After emailing the venue, explaining how “insensitive” he thought the staff were, Oliver revceived a reply two days later claiming they would “respond shortly”. Now five days after the incident, and he’s still had no reply. While Jeremy Joseph did not respond to a request for comment from BuzzFeed News prior to publication.