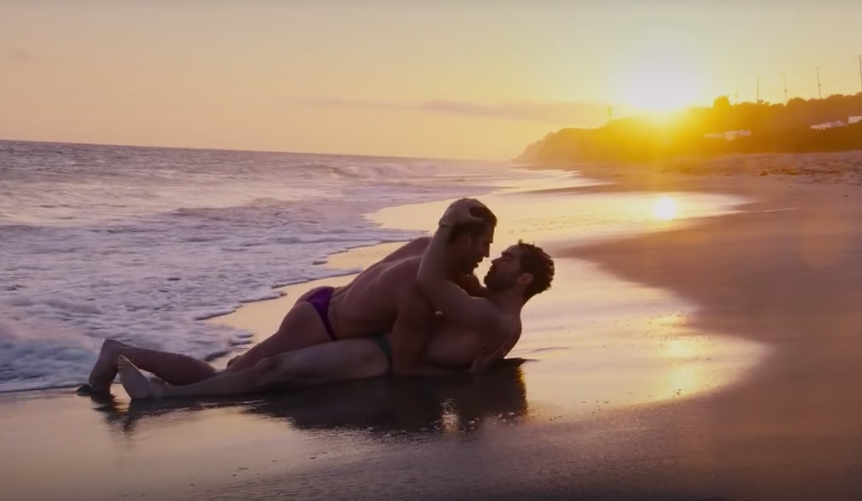 VIRAL: Sens8’s Sensual Beach Gay Love Scene will have you Totally Swept Up

If we’re being honest – which we always are – we were a little late to the Sens8 bandwagon. Mainly because it’s hard to get through anything that’s not Family Guy when you’re a pothead. But we’re fully on board now – and boy had we been missing out. Surely, you’ve heard about the gratuitous sex scenes by now, but even the more touching scenes are something to get swept away with.

In this scene, Lito and Will strip down before running into the sea and making out on the beach. Just like a holiday romance. Unless you go to Gran Canaria, then it’s getting fisted in the dunes. Don’t worry, it makes us feel pretty shit about that hand-job on Bora Bora beach too.

Not sure we’re fully onboard with the thongs, but if anyone’s got the ass to put it off, it’s these too.