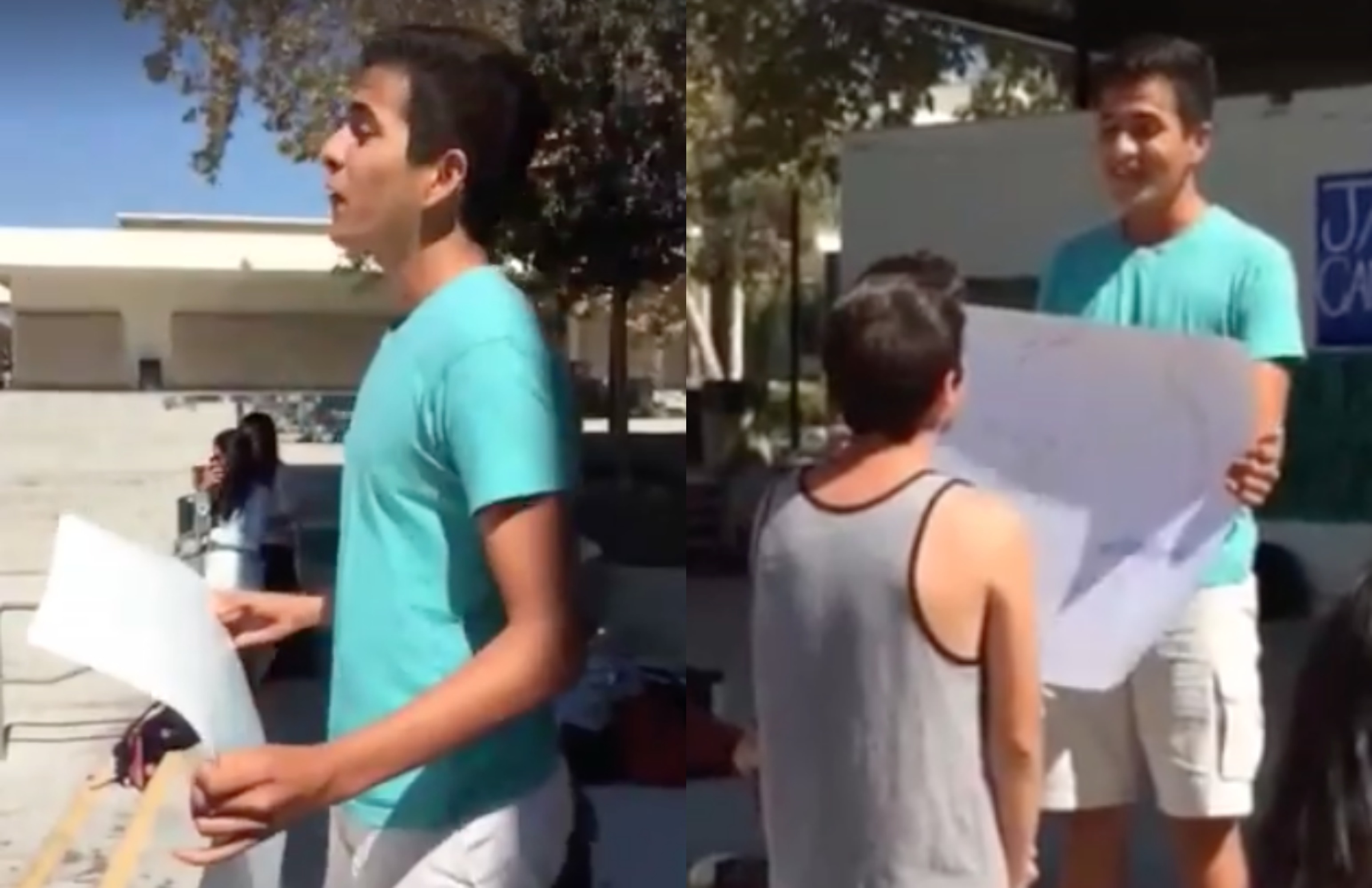 Remember prom? Getting sick in the back of the limo, and awkwardly dancing with girls – well, fortunately, not everyone shares the same experiences that we did! One boy in fact, just got invited to prom by his high school boyfriend in the sweetest way, and the video is obviously going viral online. And all their friends were in on the gig too!

We’d love to say “prom goals”, but when you’ve been dating for ten years and still haven’t received anything as romantic or thought-out as this proposal, it speaks volumes about the douchebags you’ve dated.

But seriously, this is TOO cute! We’re shipping these boys for the long-haul! N’awww! Imagine the wedding proposal.

Sidebar: It’s also pretty amazing to see too boys in high school so open about their sexuality.

When your boyfriend asks you out to home coming… ????