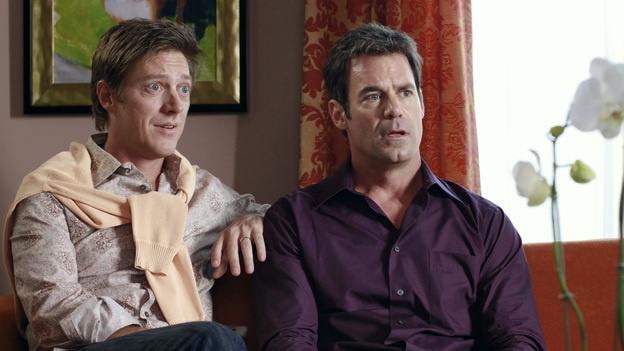 People have been seeking advice for years, including one woman, who in 1979, wrote a letter from a nosey neighbour who was “Up In Arms” living next to a couple of queers. DEAR LORD, however would she cope with all the dinner parties and quiche-cooking. But fortunately, advice-columnist Abby Van Buren was on-hand to offer her some solid advice…

She says: “This was a respectable neighborhood before this ‘odd couple’ moved in. They have all sorts of strange-looking company. Men who look like women, women who look like men, blacks, whites, Indians. Yesterday I even saw two nuns go in there!”

Well, the nuns were probably there to help exorcise the evil homosexuality that has obviously possessed them.

She whinges on, “they keep their shades drawn so you can’t see what’s going on inside but they must be up to no good, or why the secrecy?” HMM, perhaps it’s so old crows can’t spy on them… Imagine her face trying to have a ganders and there’s lube stains on the tea doily, and André’s sitting on a butt plug while Dale’s tea-bagging him. 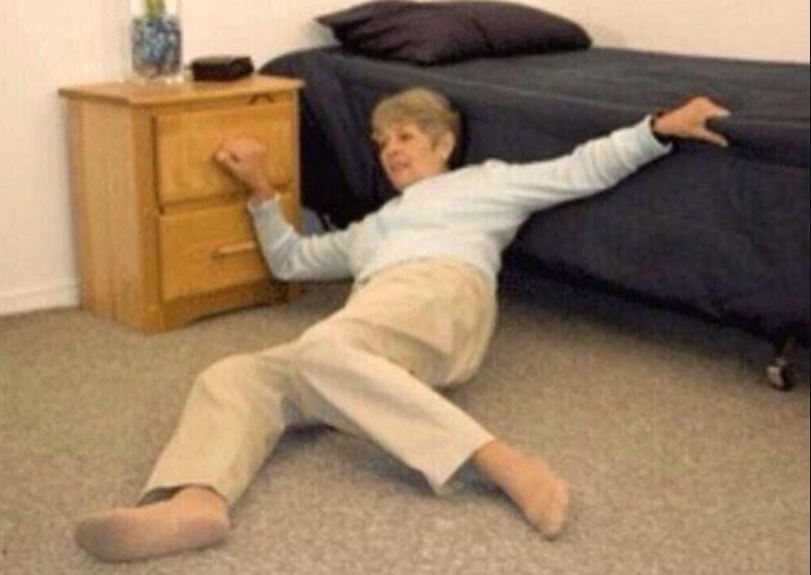 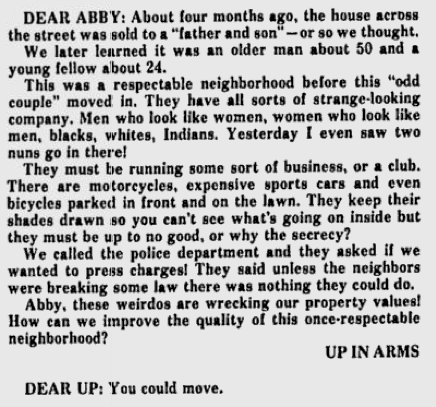