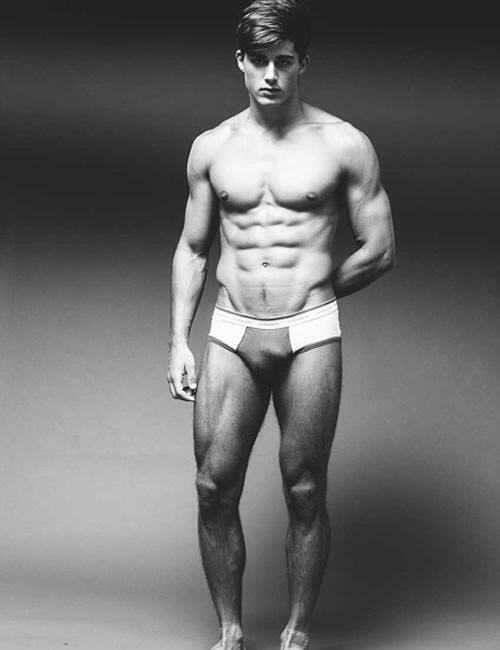 MAN CANDY: Pietro Boselli Leaves NOTHING to the Imagination in Speedos

Boselli is no stranger to taking off his clothes since becoming an underwear model, but the most recent shot we’ve found shows the former maths teacher showing a bit more than usual. In the sultry black and white snap, Boselli looks unimpressed… and his dick looks to the left. Eagle-eyed fans previously spotted Pietro’s peen making a cameo in another shoot, so we know y’all thirsty for that teacher’s ruler.

It seems Pietro is getting more and more comfortable flaunting his assets – Playgirl next?