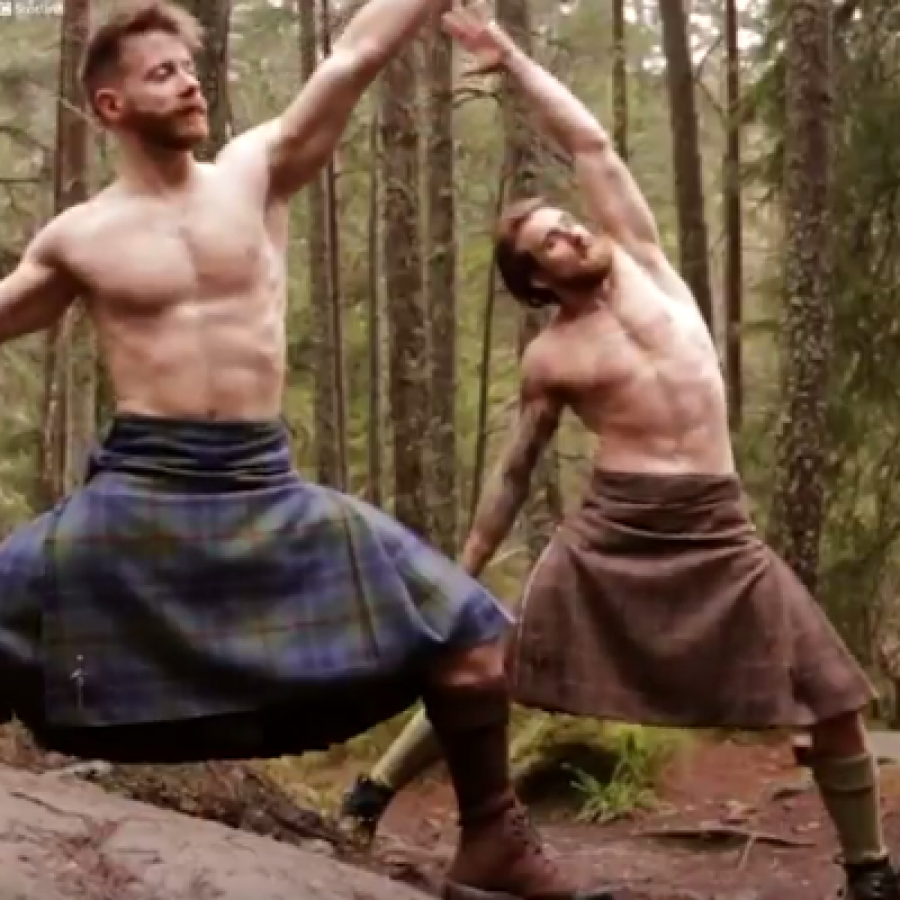 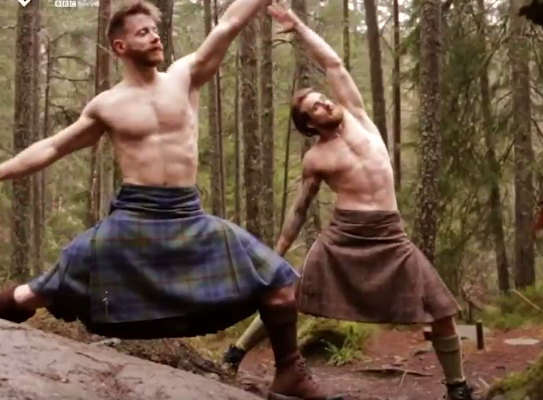 Scottish men are sexy. We all know that. It’s something about not understanding a single word they say, their steel livers, and of course, kilts. And these two guys know exactly how to play off that, performing flexible yoga poses sans undies. And in a forest. Obviously, it’s Scotland. We’ve never been huge fans of yoga, primarily ’cause we’re not mid-life Californian bitches with an eating disorder – but if they taught it like this down the Y, we might pop in for a class…