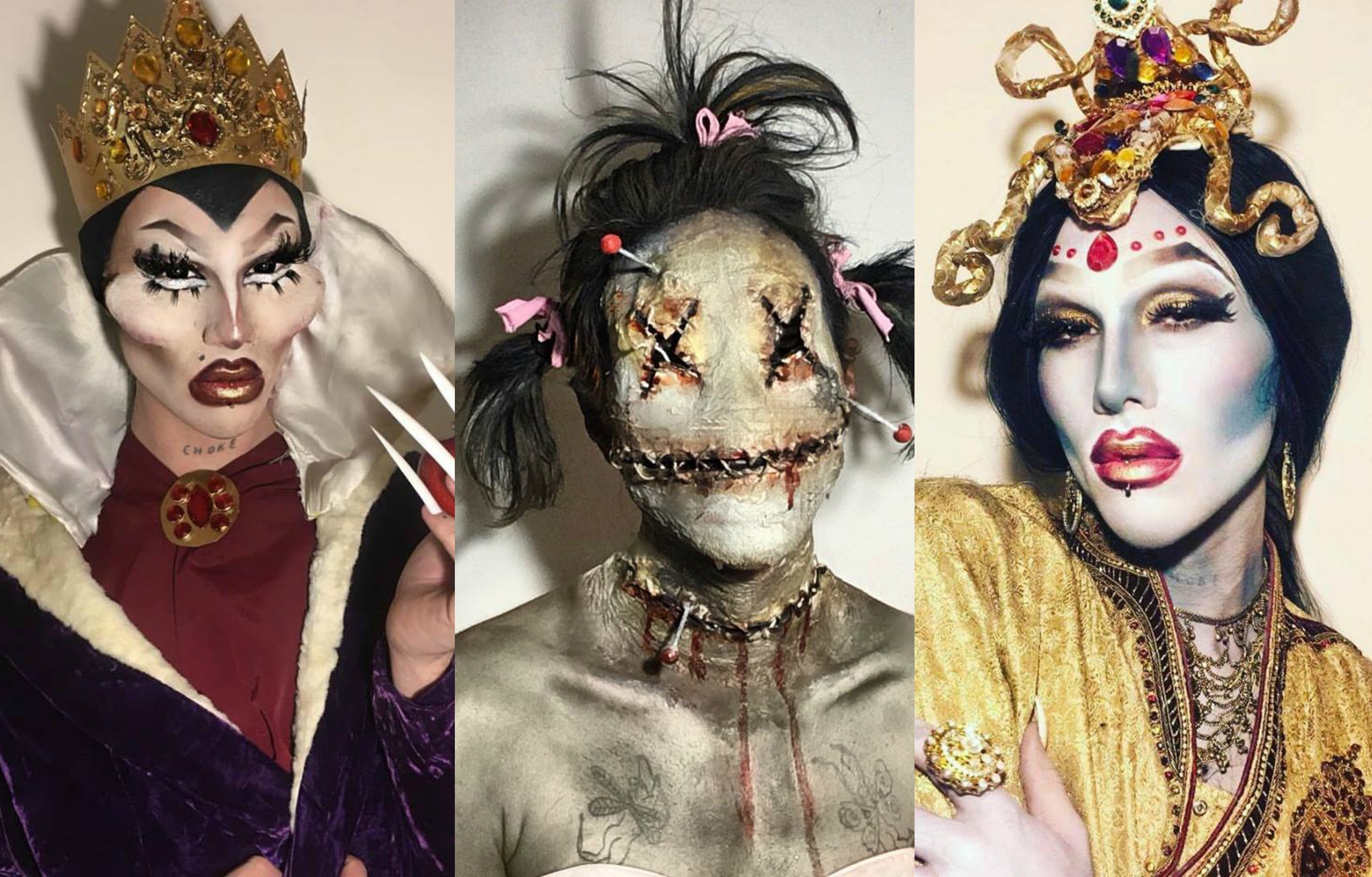 Drag queens across the globe are demanding new-found respect for their creative make-up capabilities, and one queen in particular is snatching headlines for her inventive 100 looks in 100 days. Charity Kase spoke exclusively to C&C, describing her aesthetic as a mix of “Disney fairytale, twisted horror and any left over crap I find around the flat”. Chairty, who’s only been began dabbling two years ago says,  “I represent anybody who doesn’t conform to boundaries.” 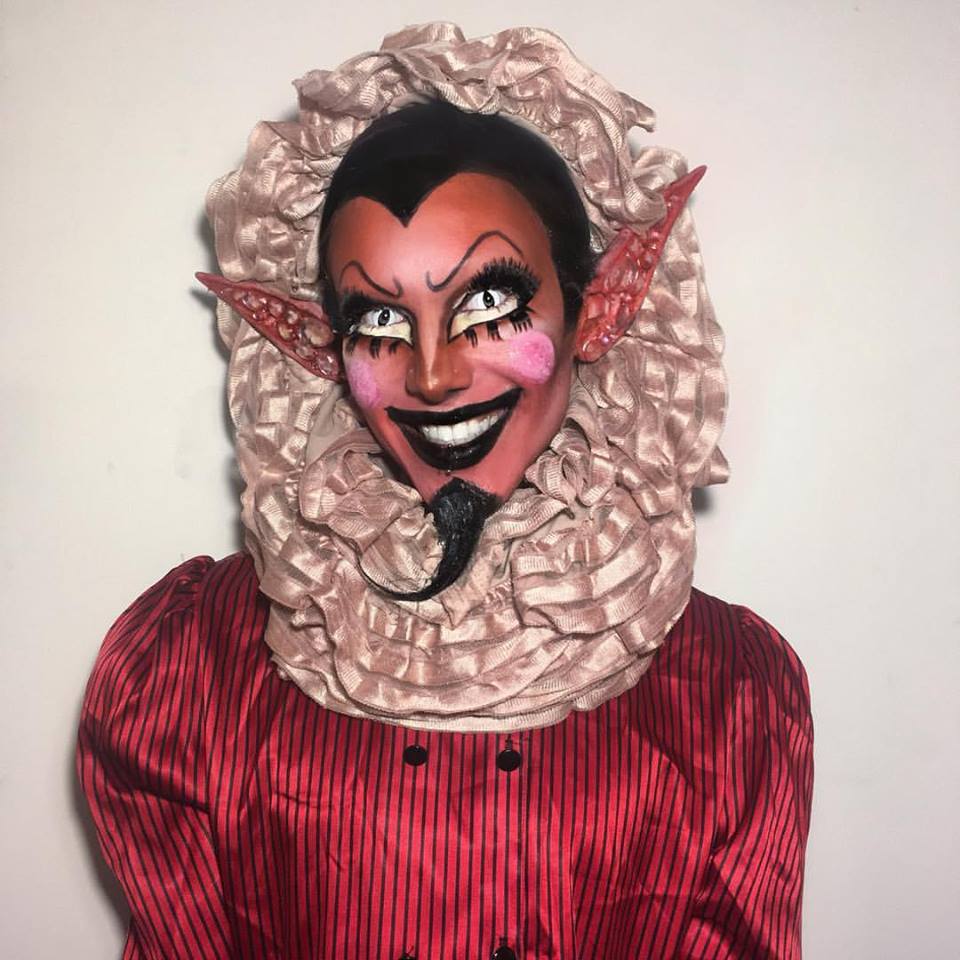 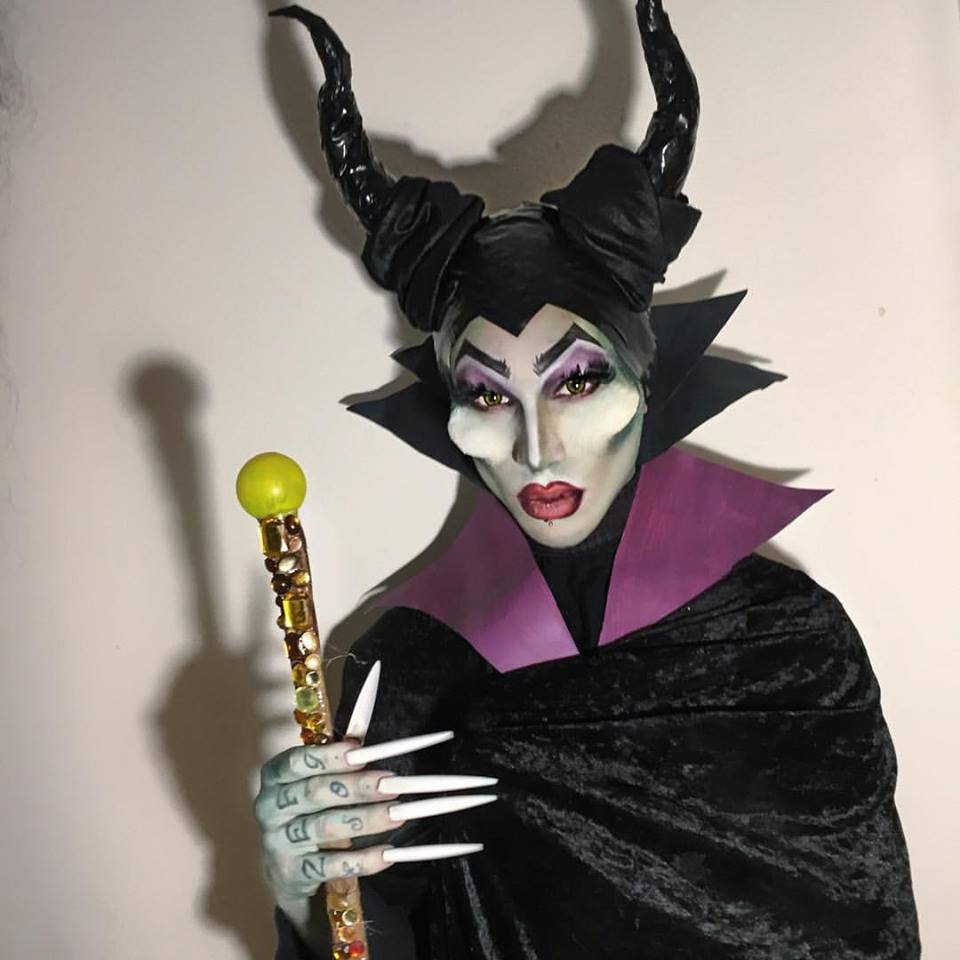 Amongst some of your favourite villains (Maleificent, the Evil Queen and Chucky), Charity also constructs her own horror masterpieces. A source she claims as inspiration, along with fantasy, science fictions, TV and books. “Although anything can grab my eye and get my brain ticking”. 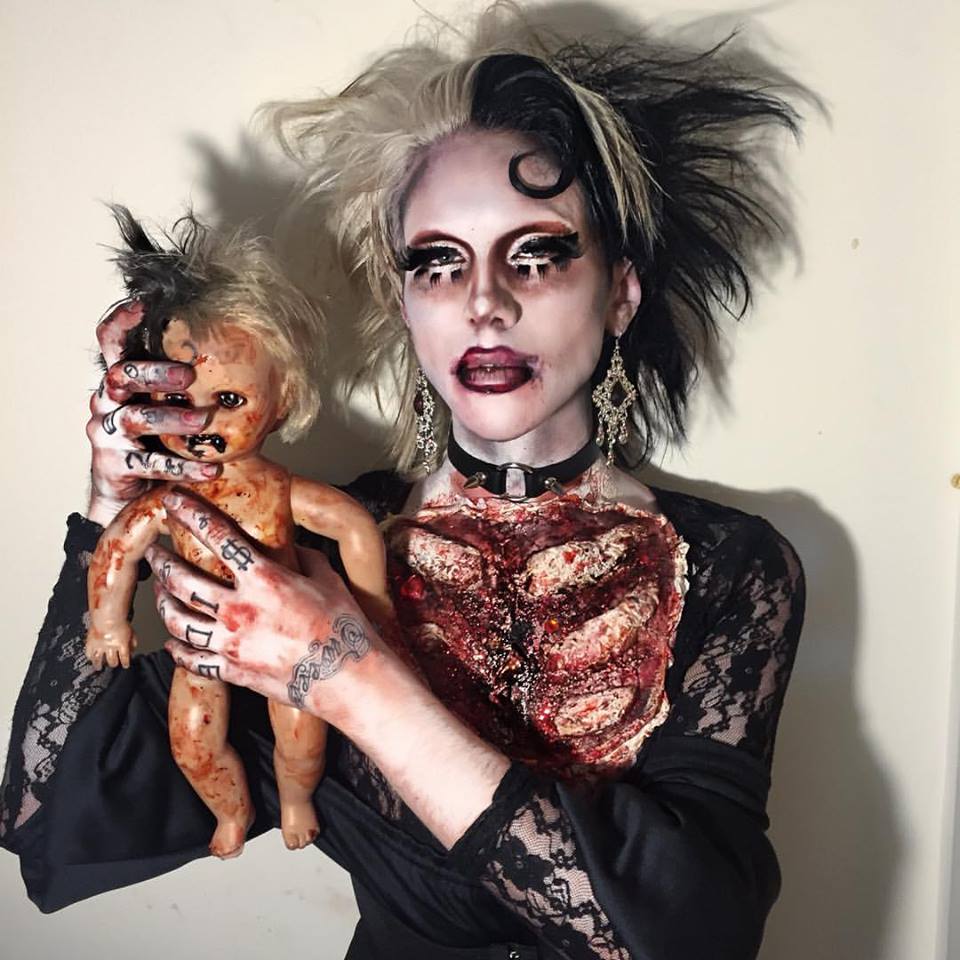 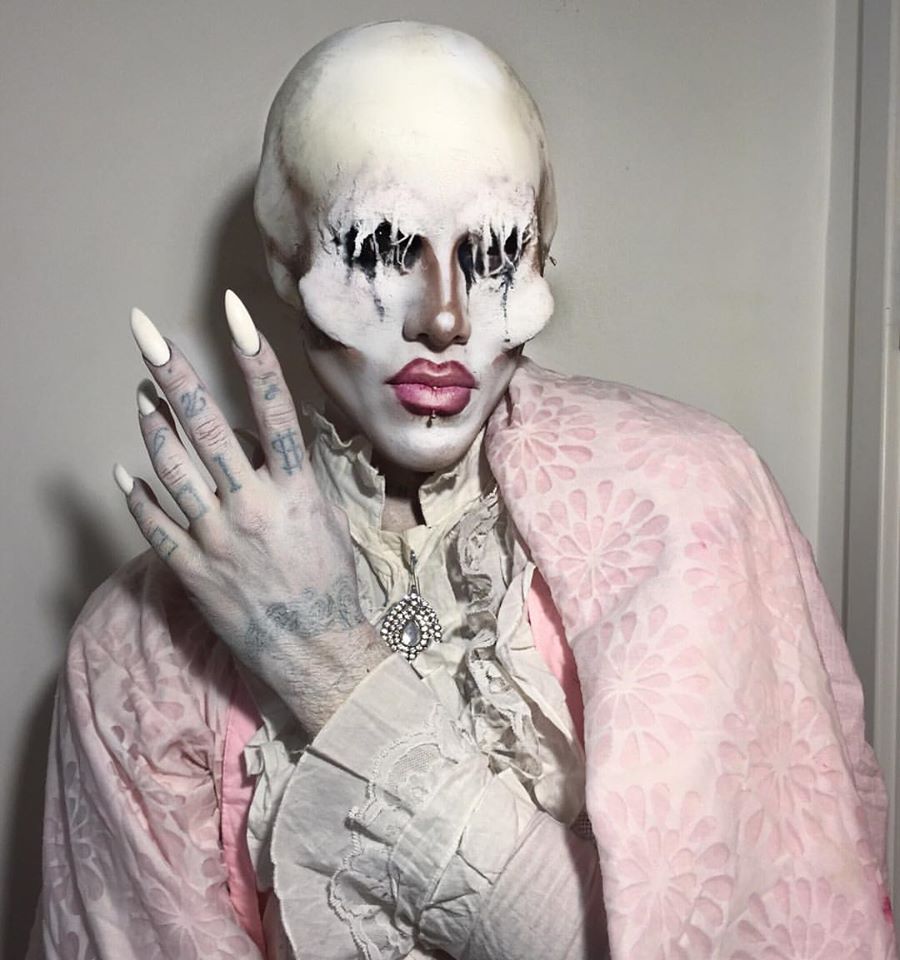 Talking on how long it takes to put together a look, “I would love to say an hour but it’s probably more like 3 depending on the amount of prosthetics I’m using”. No SHIT, chile! We take an hour and a half and that’s just covering the blemishes! Charity currently works as a professional drag artist, and “I had wanted to do loads of looks for a while and not got round to it. It’s nice to finally execute my ideas.” And she’s only just passed the half-way mark!

And the ultimate goal? “To live on a beach on an exotic island and paint every day.” Well, girl we totally wanna book you for Halloween.