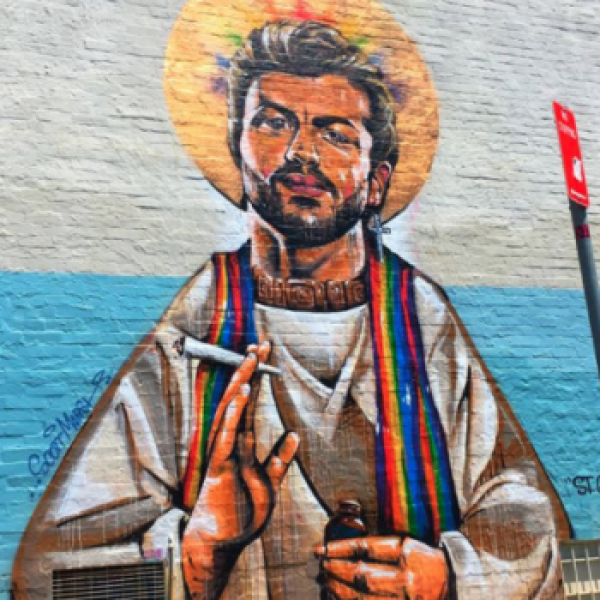 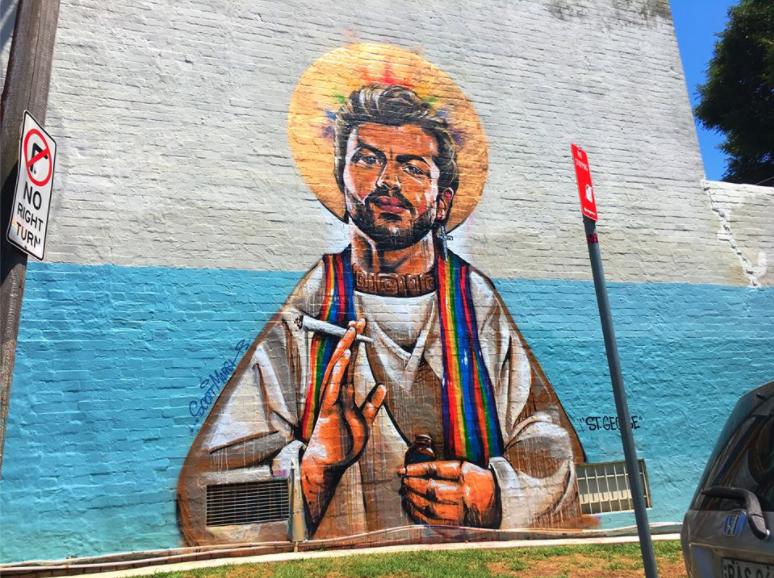 Overnight, a fabulous George Michael mural has appeared in Sydney, Australia. The singer can be seen holding a spliff – and what’s that in his other hand? No, thank God it’s not a steering wheel! Just a bottle of poppers. George also sported a halo (fortunately, not around his nose), his signature earring and a rainbow sash.

The portrait was painted by Scott March with the helping hand of local production co. Stereogamous. On their Twitter account, the company posted images of the artwork in Newtown, with the caption: Saint George Patron Saint of Parks at Night. And we’re sure George would have loved to been remembered in such good humour.

The guys behind the piece tell GSN: “George’s passing has been a devastating blow to our community. He means so much to so many in our queer family. He was also a good friend, brother and musical collaborator of ours too. We needed to have a physical tribute where LGBT people (and our admirers) could gather to pay their respects without any dogma barking.”

“Scott Marsh, like George is an artist and activist. He was very enthusiastic to portray George in a loving and spiritual way. The concept of Saint George is very appropriate. He is a gayngel, after all.”

We got together with local painting magician Scott Marsh to honour our dear friend. Presenting "Saint George, Patron Saint of Parks at Night" Remembering this lover & activist watching over us all. 🌈❤

Posted by stereogamous on Donnerstag, 12. Januar 2017

Boy, 13, Raped in Front Garden by Man He Met on Grindr 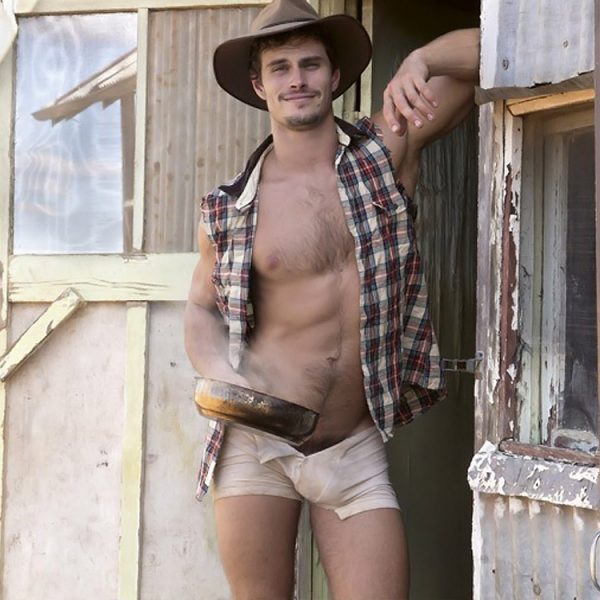 Aussie Photographer Paul Freeman does God’s Work Shooting Down Under