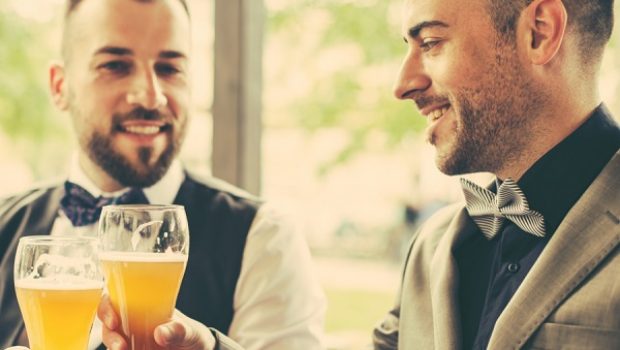 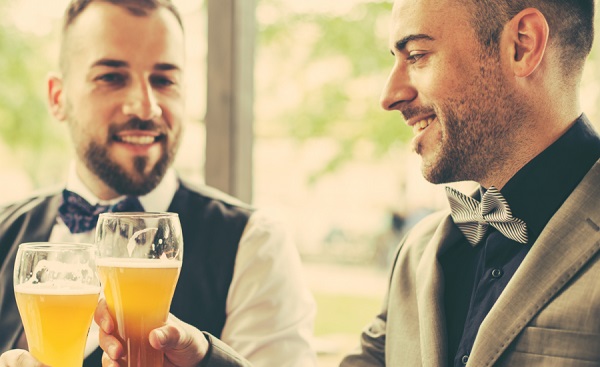 As society progresses, it seems that meeting men in bars is becoming more and more rare, and while many of us are too shy to approach a guy, when we don’t get approached often either, it can leave us at a frustrating impasse. I’d often go out with friends, and while they’d get approached a few times in a night, I’d always be the one on the 176 snuggling up to my Burger King on the way home. I wanted a quarter pounder in my mouth, but I weren’t talking ’bout a burger.

But frequently it can be to do with a vibe that you can give off without even knowing. Here’s a few tried and tested tips:

Happiness is sexy. It’s a proven scientifically tested (maybe) fact, that we’re drawn to happy people. As someone with resting bitch face, I’ve often been told that I can be intimidating/stooshe/people hated me before they knew me. And that’s fine, ’cause we all make snap judgements, but if you wanna broaden your prospects of men, smiling is a surefire – and the easiest – way to do that. Also, when we see someone having fun and enjoying themselves, we wanna be a part of that. It’s also inviting: they low-key tell a man, “I like the look of you, I want to feast on your genitals”.

Making eye contact with someone is the quickest way to build a connection with them. Locking eyes with someone means you acknowledge them, so when you don’t look people in the eye it can easily come across as arrogant. If you’re walking through a bar you should be always looking around – to check out the talent, obvs – but also to see who’s checking you out. If I had a quid for every missed opportunity ’cause I’ve been in my own world, I wouldn’t be sitting here posting celebrity dick pics. Don’t go into ‘stare’-mode and start weirding people out, but don’t strut around with your nose in the air like a Naomi – it’s a bar, not a catwalk, dahling. I never to used to look people in the eyes because of nerves, but people don’t see that, especially if they think you’re confident anyway.

When men see you being flirty and friendly with more people – especially guys that come and go and aren’t part of your friendship circle – it makes them less scared of being rejected by you. It’s also extremely shallow and negative to give people the immediate brush-off before they’ve barely spoken. This gimpy troll went to chat me up in Ku Bar a couple years ago, obviously whipped my weave in his face before the sentence had finished. Then his HOT friend emerges from the bathroom, and I’m sure the ogre proceed to tell my potential husband what a cunt I’d been. See where I’m going with this?

Body language – like eye contact – can say a lot about you. As soon as we’re bored, slightly uncomfortable or unconscious of our demeanor we start giving off roadblock signals; crossed arms, engrossed by our phones or even just looking bored appears grumpy. And nobody wants to fuck a grumpy queen. Men don’t wanna have to compete with the technology in your hand either, after all you can’t give a good hand-job if you’re clutching a smartphone.

[RELATED: How you Know when You’re fucking with a Fuckboy]

And I don’t mean launching yourself and telling him you’ve got no gag reflex. But rather give him some opportunities to catch you alone, or make idle chat; while eye contact and smiling can let him know you’re interested, it can still be a daunting thing to approach a guy (hence why we seldom do it), walking past him, going to the bar and “accidentally” meeting him in the smoking area can all work. But I’d draw the line at following him into the toilet.

URGH, as much as it pains me to say it, this is an overlooked – and unfortunately rather important – one. The second you have that one drink too many, you go from hot to hot mess. (And then later, to just ‘mess’). As an extremely unattractive drunk, I can vouch for that. Most men aren’t interested in guys that can’t hold their drink and ended up swinging from the chandelier while dribbling down themselves. It’s not cute. It’s also not a true representation of who you are, but before you can scare him away by vomming on his shoes, he’s already declined a future of babysitting you and you’re drunken antics.