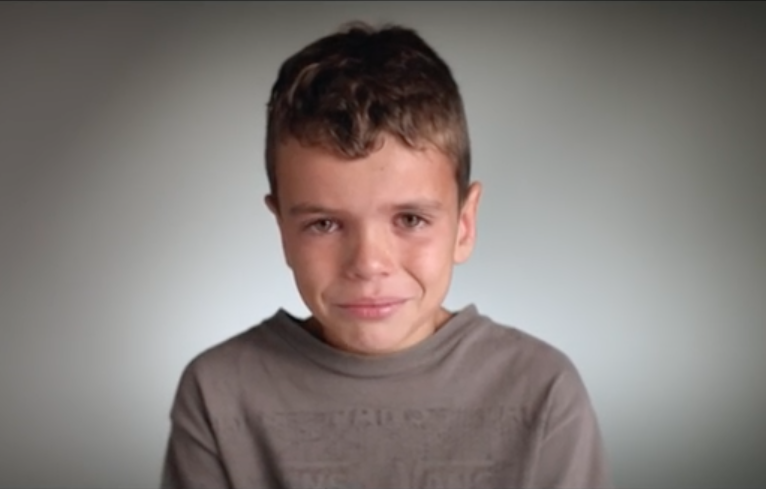 A new online campaign is encouraging men to let out their feelings and cry when they feel upset, in a bid to raise suicide awareness and prevent male depression. A recent shocking statistic stated that 75% of people who commit suicide are men. We came across the video on The Lad Bible’s Facebook page, and the stream of comments goes to highlight why this is such an issue. Primarily, the page were praised for posting something outside the realms of their usual banterous content, but there were still a number of comments referring to it as “The Lass Bible”.

One reader puts: “It’s funny to see too many of us men being taught to hold our emotions in because if we cry, it means that we are weak, or emotionally unstable. Emotion is part of the human experience and NO ONE should be denied such a natural part of themselves.”

While others weighed in: This is either part of a feminist campaign to demasculate men (like that horrible advert with the builders and their bottoms) or an attempt to increase profits for tissues – don’t fall for it chaps.

We’re fully supportive of a good cry. In fact, just recently I was discussing that I feel like I’m going through a late bereavement for my mother (fucking 19 years too late), and couldn’t figure out why. But this was exactly the reason. Although I was never told to ‘man-up’, when we lose someone as a man we feel we have to ‘be strong’, especially for the rest of the family. And while that’s true in certain situations, you’ll always feel better once you get a good cry out of your system.

When you hold in grief, or any other kind of traumatic event it festers and manifests into other issues. The smaller things seem bigger, and the non-personal things seem personal, because they’re all poking at this massive unresolved issue. If you feel like crying, grab the tissues and let it out… mate(?)