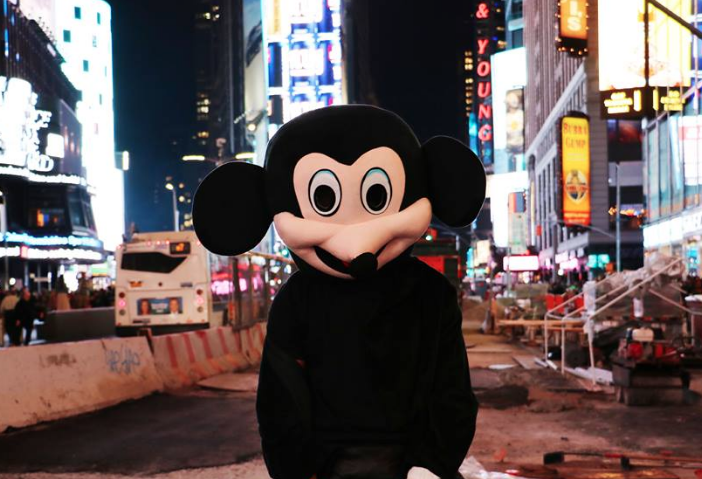 The only time we’re ever interested in a political statement is when it involves pop culture references, and gay sex; fortunately this one has both. A viral from anonymous artist NEO 10Y has addressed the upcoming presidential election from a unique standpoint. In The Kid That Killed Trump, where a faceless figure in a Mickey Mouse costume is seen taking it like a pro from the potential US President, viewers are urged to seriously consider their decisions before voting (November 8th).

NEO 10Y v. NIHIL: The Kid That Killed TrumpThere remains just over one month until what will arguably be the most important tipping point for humanity on both a socio-economic and political level. This is based on the election of a single figurehead on November 8, who will lead the world and global mindset in one of two directions. As a creative community, it is our role to educate and inform through artistry, NEO 10Y v. NIHIL: The Kid That Killed Trump seeks to be part of the glue that bonds us to raise awareness and unite within a construct wherein we are being forced to divide. 2016 has already taken human kind on an arguably apocalyptic turn inciting a race war, a class war, hatred and the marginalisation of under represented communities; not to mention the grave death toll through violence through ignorance and hatred – all stemming from the dangerous mindset of one particular figure head.As a British artist who experienced the repercussions of Brexit firsthand, I have spent the last three months creating in America to urge you to be vocal and vote for peace – to eliminate the hatred, fear-mongering, xenophobia, misogyny, transphobia, division, racism that this demon is breeding. America, your decision on November 8 will affect the entire world. The footage in this film was captured on the night of the first presidential debate (26 Sept) with my friend Andrew Kass (Dazed) on cinematography. The story, lyrics and accompanying tracks are written and performed in this film by myself NEO 10Y; AMERIKKKA (produced with JEZTLS) and JANIS (produced with hii.de) are already available to stream on Apple Music, Spotify, TIDAL and also SoundCloud for free. The third track, Wild West (produced with hii.de) is set for release soon. Created in London, New York and Los Angeles, this is the most creatively ambitious project I have ever undertaken. I hope that it opens up some minds, as it aims to creates a concept reality that we should each be experiencing in order to move forward as society.NEO 10Y

So why is Donald Trump topping Mickey Mouse? Well, as a pin-up of American Culture, Mickey represents the US getting fucked by Trump… Unless they set him alight first. And if letting Donald Trump put his dick in you, isn’t a disturbing enough notion to get you to vote Hilary – then child you been lost since birth. Imagine rolling over and seeing that rogue tupé napping on the tan-stained pillow, *shudder*. OHH, so this is why Minnie doesn’t let Mickey drink…

Further though, than the surface of NEO 10Y’s metaphor, “Mickey isn’t a pure symbol” he explains, reminding America that they’ve “put the creation of an anti-semetic man on a pedestal”. MHMM, and you thought Mickey getting dicked by Donald just ruined your childhood? Why don’t you look up the beliefs of Walt Disney. (And no, we’re not referring to their sexist dresscode).

The British artist also encourages Americans to question their inheritance and tarnished history, as like Walt Disney, beneath the pleasant exterior and the American Dream, the country was built on the crooked morals of racism and slavery. The Kid That Killed Trump was designed to urge the public to “support the minorities who are being murdered on the streets every single day.”

“2016 has already taken human kind on an arguably apocalyptic turn inciting a race war, a class war, hatred and the marginalisation of under represented communities; not to mention the grave death toll through violence through ignorance and hatred – all stemming from the dangerous mindset of one particular figure head.”

Food for thought: If Trump can grope women and fuck a lifeless depiction of innocence and childhood, just imagine what he’ll do for America. 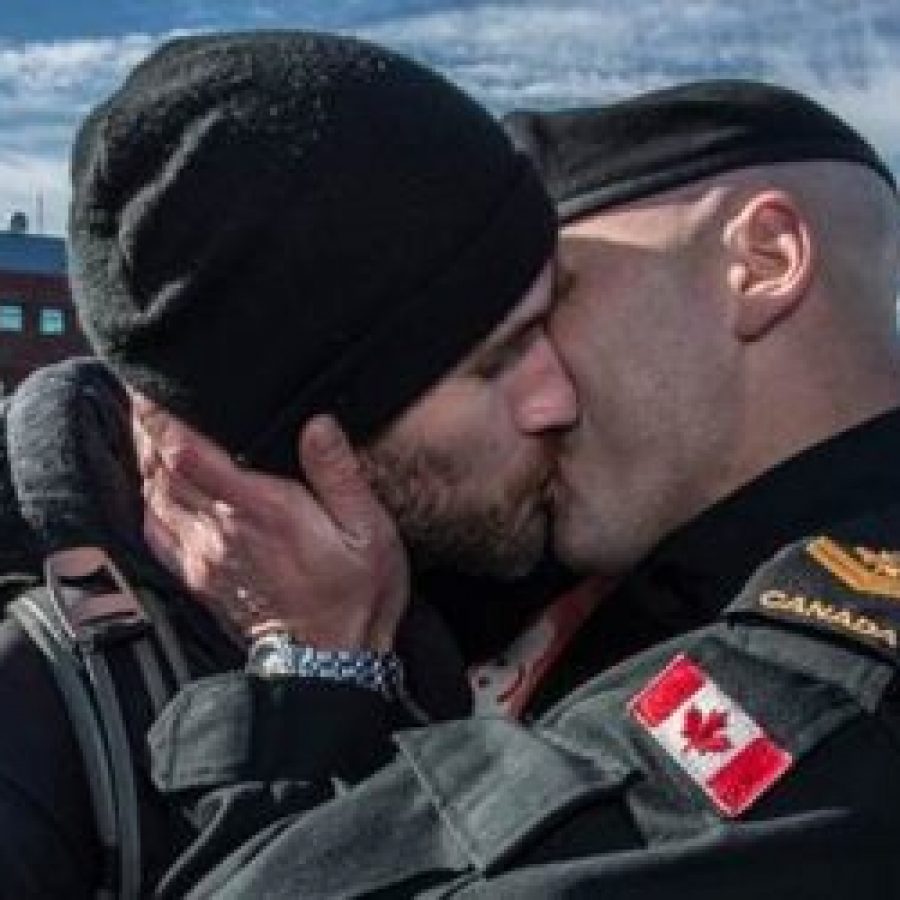 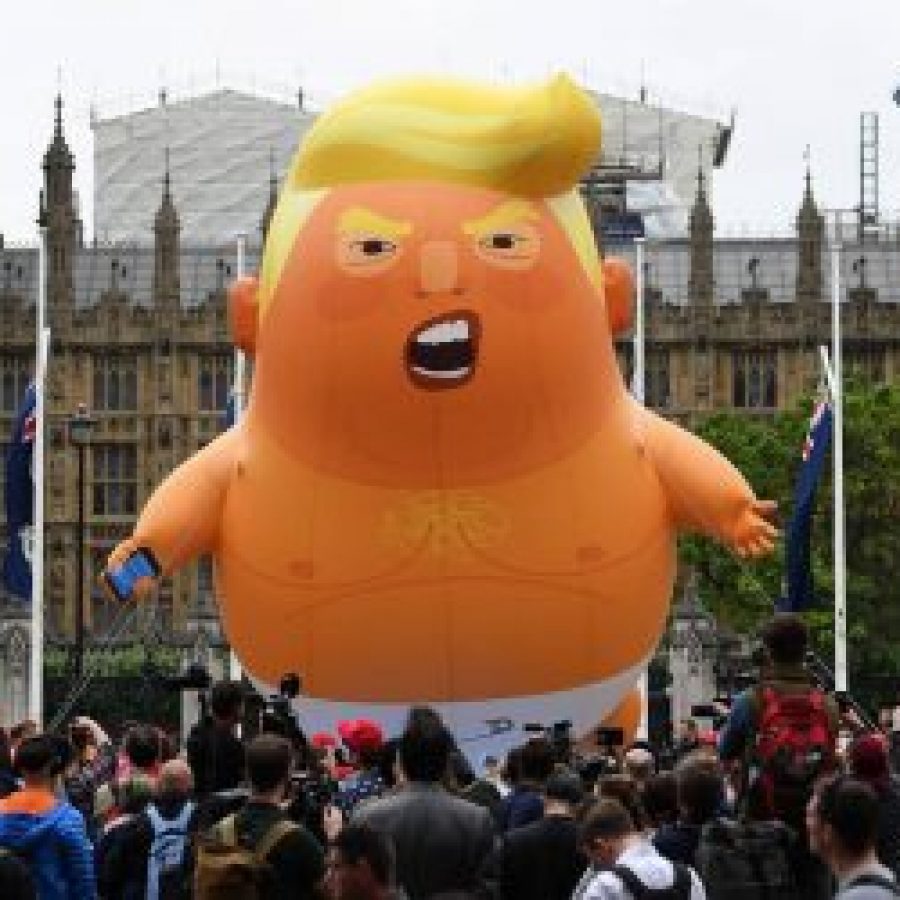 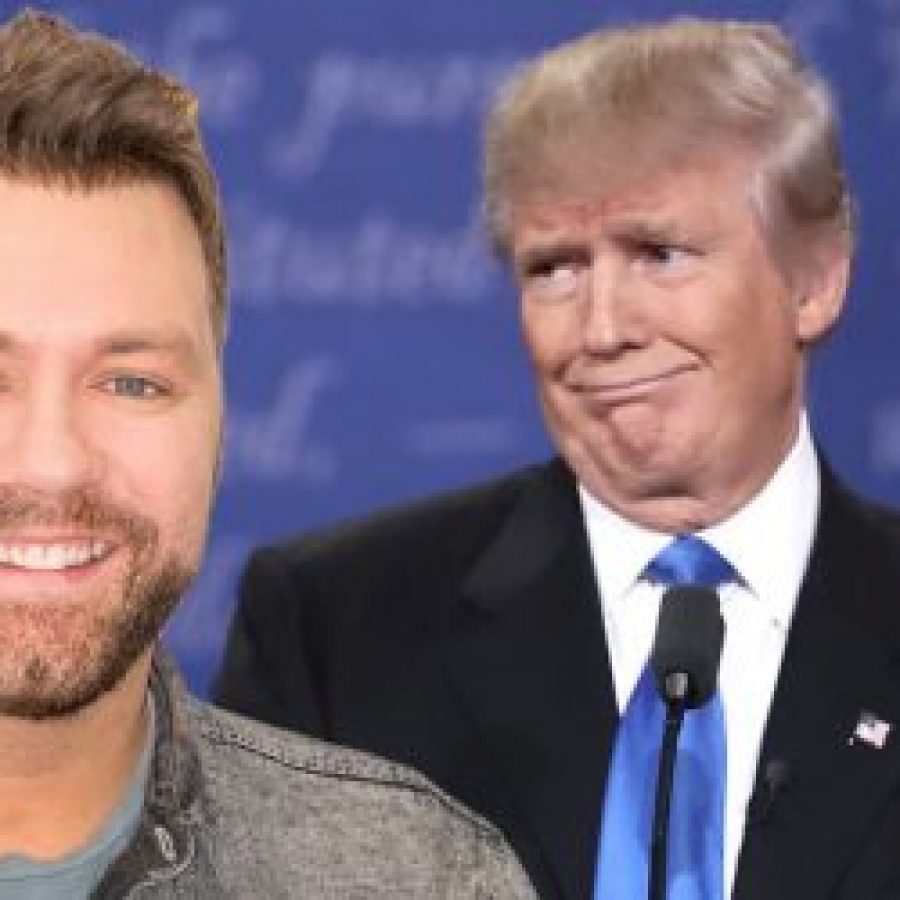