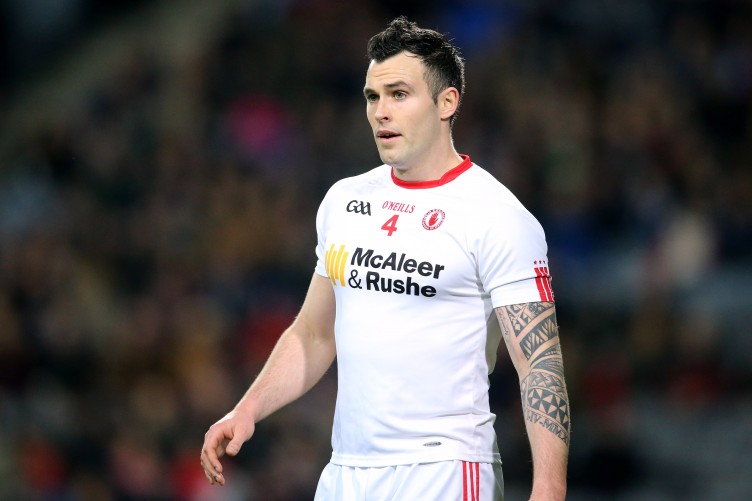 In an exert from his new autobiography, Out of Control, McCarron says:

“Some people will continue to form the same opinion of you. A lot of them still think I’m gay […] I still get online approaches, or some form of social media connectivity, from the gay community. It’s embarrassing when some man asks to meet you, but I don’t look on that as a negative.”

He goes on: “Some gay men seem to look upon me as a kind of gay icon. That’s how I was tagged on some LGBT community websites and discussion boards.”

“When the filming was over I felt physically sick, disgusted that I had allowed myself to sink into such an abyss of degradation and humiliation,” he states, despite devouring the dick like he may never eat again.

“When the video went viral, some of those forums were laced with comments from gay men about how much they wanted to have sex with me,” he recalls. That’s strange because thirsty gay men don’t usually hang around on internet forums. He goes on,”The last thing I am is gay,” and with another bloke hanging out your back door, why would anybody suspect otherwise? “but I’ll take those comments above vile, vitriolic, homophobic and personal abuse any day of the week.”

But joking aside, once the video went viral, Cathal received a lot of “vile” homophobic abuse, and says he values the gays backing him: “I really appreciated their messages of support when so many others wanted to bury me,”

Say what you want about us gays, but we’re always behind a straight guy when he wants to put his sexuality aside for an hour and make a quick buck in the glamorous world of gay porn; it’s called loyalty. The queens were there when he needed them; one with his cock in his mouth, and the rest with their’s out watching it on the net. But joking aside, McCarron did receive support in the face of homophobia, because regardless of McCarron’s decisions or mistakes, it’s nobody else’s business, and certainly doesn’t warrant bullying; in fact it only highlights the lingering issue of homophobia in sport. Thankfully he’ll always have that dignified gay icon status to fall back on.