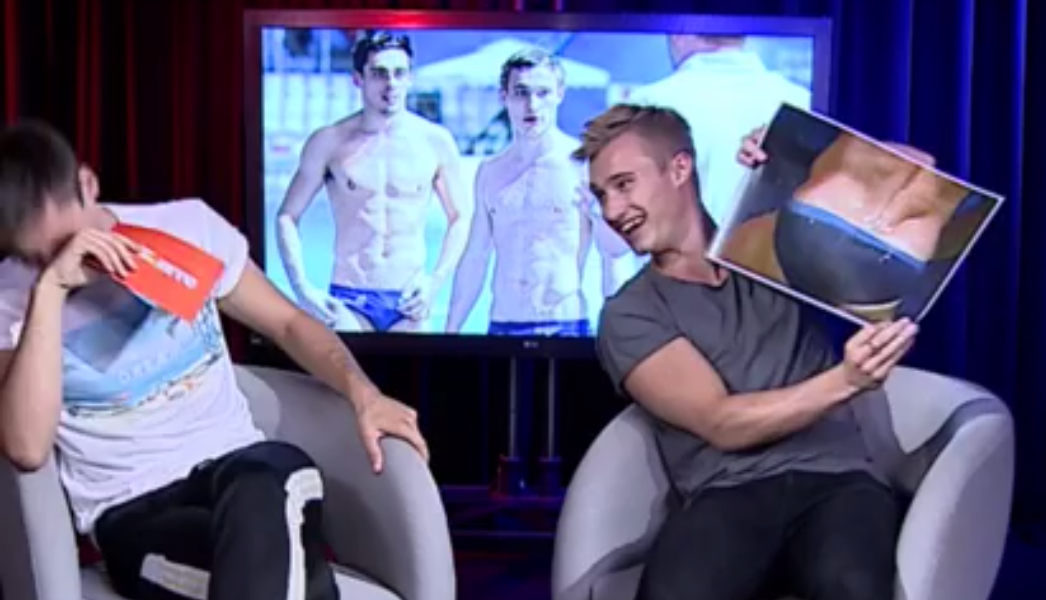 Olympic divers Jack Laugher and Chris Mears are in the studio for journalist and gossip personality Dan Wootton’s Facebook feed. Although Dan Wootton isn’t there, it’s left the pair a series of challenges/games to them – and more importantly, us – entertained. The first game sees if the pair present matching answers to the same question about themselves, to see how “in-sync” they are. We know a good game to see how in sync you are: it’s called circle jerking.

Dan Wootton, we see you.

Then there’s a game of guess the bulge/butt; which actually works much better with lots of alcohol, a dash of rohypnol and real life groping instead of prompt cards.