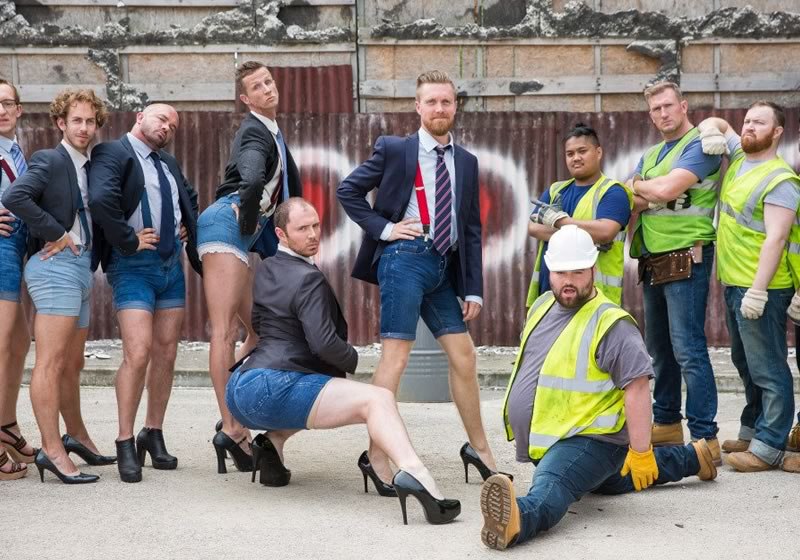 Last year, Money Supermarket’s ad that featured Dave strutting down the street in Daisy Dukes, twerking to PCD’s ‘Don’t Cha’, received over 1500 complaints. After dismissing the complaints, the ASA have allowed Money Supermarket to give their concept another reboot. And this time with more butt-shaking business men who compete with a team of burly builders in a Dirrty dance-off. They got some Yanis Marshall moves going on up in herr. Straight men making gay sex faces is the new dad wedding dance.

LUKATAR in the promo pic though – mama Dave is serving (front left). You know he’s been practicing in his wife Helen’s heels.