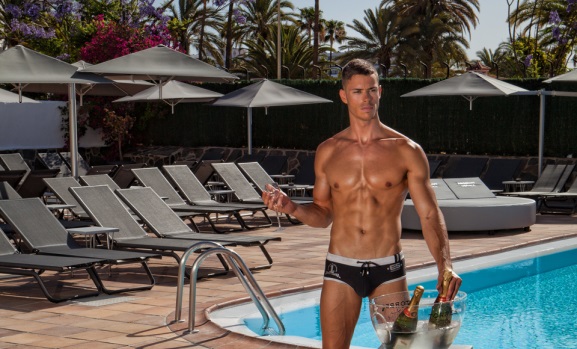 You know when you’re booking a holiday, you research the location, the hotel and most certainly, the country as whole? Sure. Because anyone who’s spending hundreds of pounds on a vacation abroad does – oh wait, no apparently not this disgruntled guest… 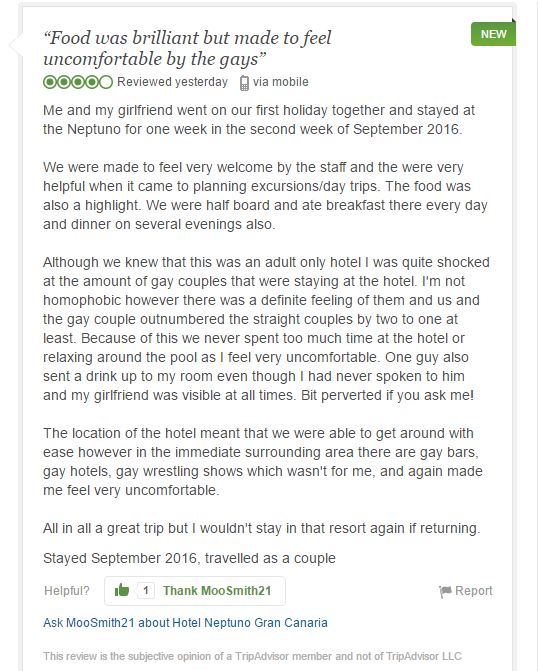 Poor thing! Can’t imagine what that must have felt like… To be outnumbered by a different sexuality. And intimidating the defenceless heterosexual by sending Pina Coladas up to his room! Ugh, scum. Making him feel “uncomfortable” in their disappearing speedos, as his pale pins poked out from his three-quarter length swimwear. I mean, come on, it’s not like they were going under in jockstraps… it was September. Wonder if he explored the beaches, they’ve got some extraordinary sights from the dunes.

What makes this even funnier, is that he thought the men were being “perverted” by sending drinks to the room when he was with his girlfriend… Erm, you chose to stay at a gay hotel, in the gayest country in the world and didn’t expect anyone to mistake your gal for a fag hag or a drag queen? Going to Gran Canaria and being surprised at the amount of fairies flying around the pool, is like going to America and be shocked there’s fat people.

Well, Gran Canria was obviously not his thing… Maybe you could try Asia? (Heads up: There’s Asians). 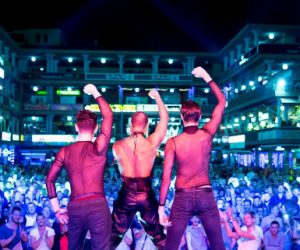