NEWS: Homophobic Diner who Criticizes Restaurant for “Too Many Gays”, Receives Sassy Reply 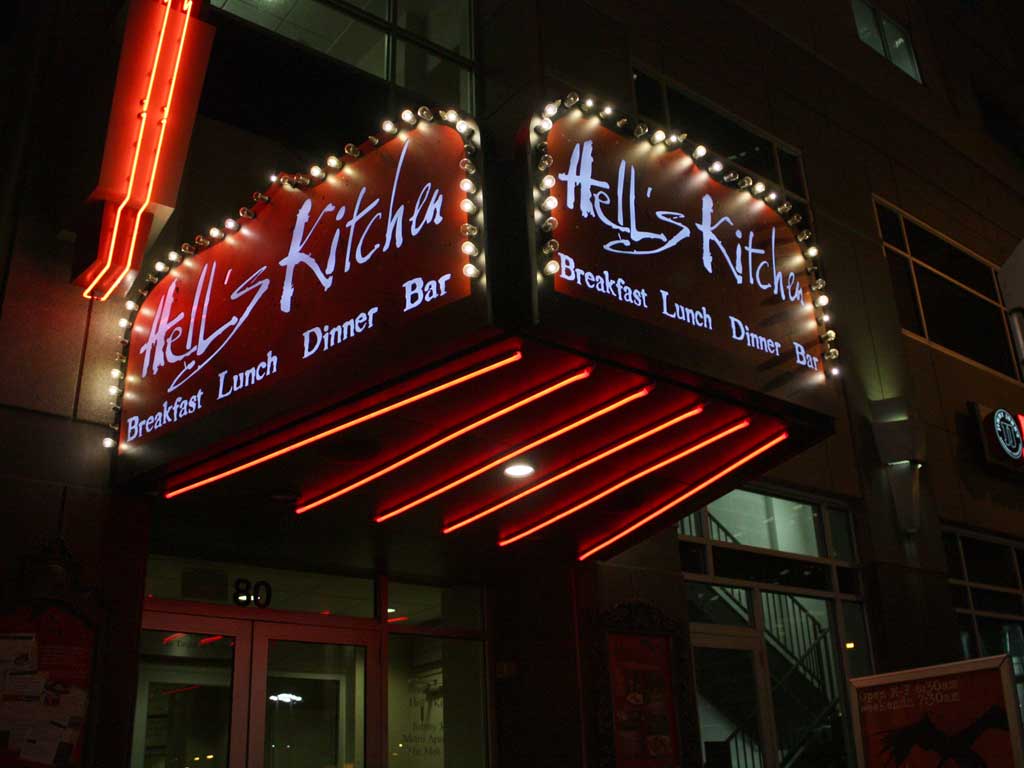 A homophobic diner, who ate at Hell’s Kitchen in Minneapolis, unfortunately didn’t choke on his food, but rather scoffed at the number of gay clientele the restaurant had. And then went back to his messy bedroom with it’s dusty futon covered in gummy bears, and wrote a review about the place on Google. It must be really quite glorious to have that much time on your hands. To have that little stress to worry about, or friends to care for that your biggest concern is the number of gay men in a restaurant you ate at.

I can understand how one might be bothered, hearing Alessio squeal about Dimitri’s bedroom skills to his hag, accompanied with oral sex mime on the pepper grinder. Or getting a stain on his shirt because the queen behind him had a soup so good she death-dropped and knocked the bottle of wine out of the waiter’s hand. But to then trudge home and be so frustrated that you left a one-star review on the internet. While Eric thought his review might make some people feel unwelcome – it was him that was told never to come back in Hell’s Kitchen’s Facebook reply: 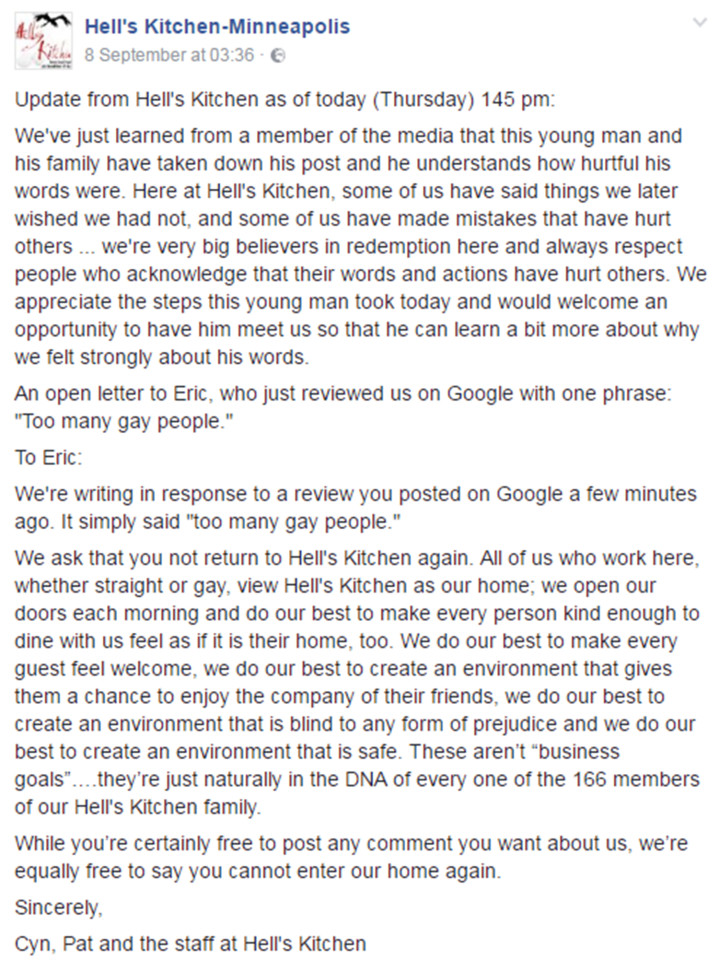 Eric later removed his post are realising he’d been schooled, and couldn’t eat at restaurant he actually liked anymore because he’d attempted to be some keyboard warrior. Hell’s Kitchen accepted the apology and welcomed him back to discuss the matter further and it’s importance to them. HMM… But will he go?