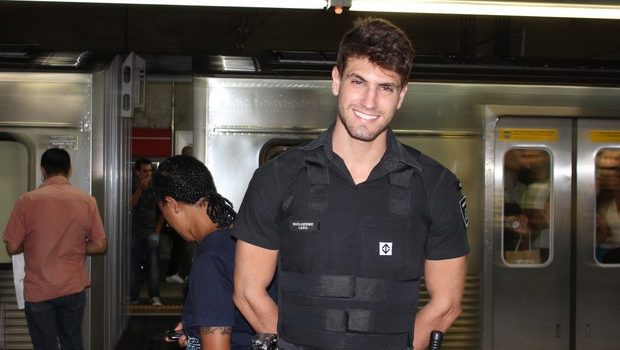 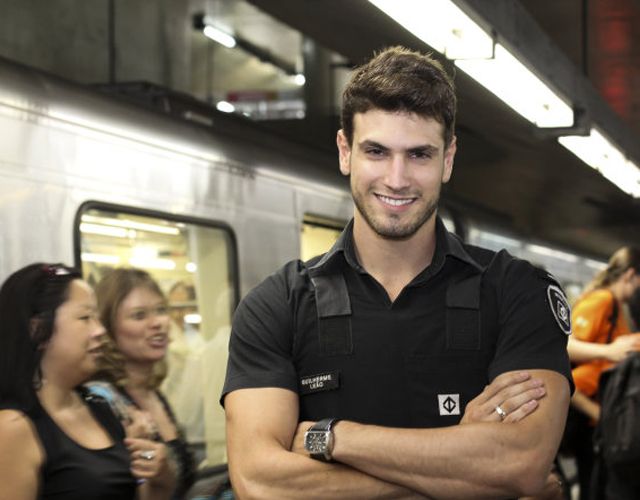 The hunk who was branded “World’s Hottest Subway Guard” has been caught showing his Long Arm of the Law. Thousands of thirsty web users were sent into a meltdown seeing Guilherme Leão policing the subway of San Paolo, but something tells us they’ll be even more grateful to see him out of his uniform. The alleged images popped up on Twitter… And the world’s wish was granted. 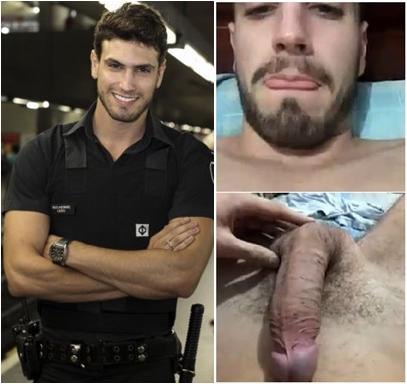