FAGONY AUNT: “My Boyfriend Says He’s ‘Only Gay in Bed’ – and Even has a Girlfriend – What Next?” 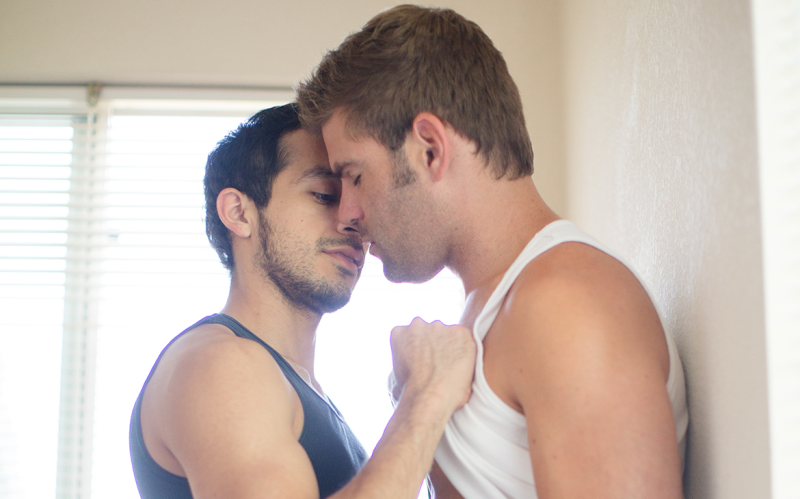 I’m a guy, and I have been seeing this man for almost two years now and he’s everything I have ever dreamed of. He listens to me, he remembers my birthday, he spends time with me, he takes me out, our sex life is phenomenal, and he’s introduced me to his family. The problem? He says that he isn’t gay, he has a girlfriend, and he introduces me as his “buddy.” Now, I understand not wanting to come out for safety reasons, but he claims that he’s only “gay in bed.” I’ve met his girlfriend (who is beautiful), but she is asexual so they don’t have sex. She knows that we have sex, and she’s fine with it. It just feels odd to me. I feel like I’m in a relationship, but he says we’re just friends.

My friend says I’m being petty. I’m the one he takes home for the holidays, because his girlfriend spends the holidays with her own parents. I’m the one he introduces to all his friends; though he introduces me as his “buddy.” He talks to me on the phone, and we flirt, and sext, and sometimes he just sends me random messages saying that he’s thinking of me and he misses me. He even says that he loves me before he hangs up the phone. Maybe I should just be happy with what we have … but I’m not. I want him to admit that we’re dating; even if he doesn’t say it to anyone else, I just want him to say it to me. What should I do? I don’t want to break up with him because I really love him. But I also don’t want to waste my time if all I’ll ever be is his friend.

I see your predicament. But first things first, please turn off whatever Disney flick you’re watching – it may end well, but Happily Ever After has the same odds of a genie popping out of my IKEA lamp. And trust me, I’ve been high on amphetamines and tried it several times. The fairytale delusion is abundant from your Prince Charming being everything you “have ever dreamed off”. Oh, you mean minus the Beard with the stale vagina, and the fact he friend-zones you in public like Peter Pan in front of the mermaids. Listen babe, there’s some tragic things in this life – and being a Wendy is one of them; she follows this gay guy to the Netherlands where she doesn’t even speak Dutch or something, and she doesn’t even get roofied like Snow White… Or wifey’d. Fool.

I can see your friends’ point: you’re what some of us would call a first-world whinger; “my driveway isn’t big enough for my four Mercs”, “my penis is too big for my designer underwear”. And now, “my boyfriend is banging me senseless, treating me like Jasmin (even though I’m a Wendy) but he won’t give me a measly label”. I know basics that have settled for a lot less. In this day and age I think you should be grateful you found a monogamous top. And you know what sister, this is 2016 and ‘labels’ are on the way out anyway; as long as asexual Annie and her freezer fanny aren’t taking up time with him that you want for yourself, just leave the closet case to his own devices. He’s soon stumble over a pair of stilettos and land right in your lap. Or in a drag show…

The fact that you say you don’t wanna waste your time, shows that you do value your own time. Maybe there’s hope for you yet, Wendy. Sounds to me like it’s time for this scrubbing Cinderella to transform into a bad bitch. If this is really important to you, you need to play him at his own game. I’m assuming his friends and family know that you’re gay though? As you’re obviously the oversensitive bottom that needs reassurance. Not any more, sweetie!

When he introduces you as his “buddy”, announce “yeah, fuck buddy”, giggle innocently, before drinking your entire Martini, snapping your fingers at the waiter and casually demanding “another” while pointing at the glass. Alternatively, when he calls you buddy, act like it — with him anyway. But nobody said anything about his friends… If he wants to drag around turkey carcus and pretend their dating, then you’re a free man, boo. Subtlety of smiles, banter and arm touching should be enough for his to want to reclaim his territory. If not, turn up to the family dinner in crotchless leather pants and sit on his dad’s lap. When he pulls you up on it, tell him you’re gonna suck the life out of his friends one-by-one, via their cock, until he admits you’re his man – officially. (Even if he does whisper it to you from the closet).

Failing that, dump him and do it. Gotta get your daily vitamins babe. 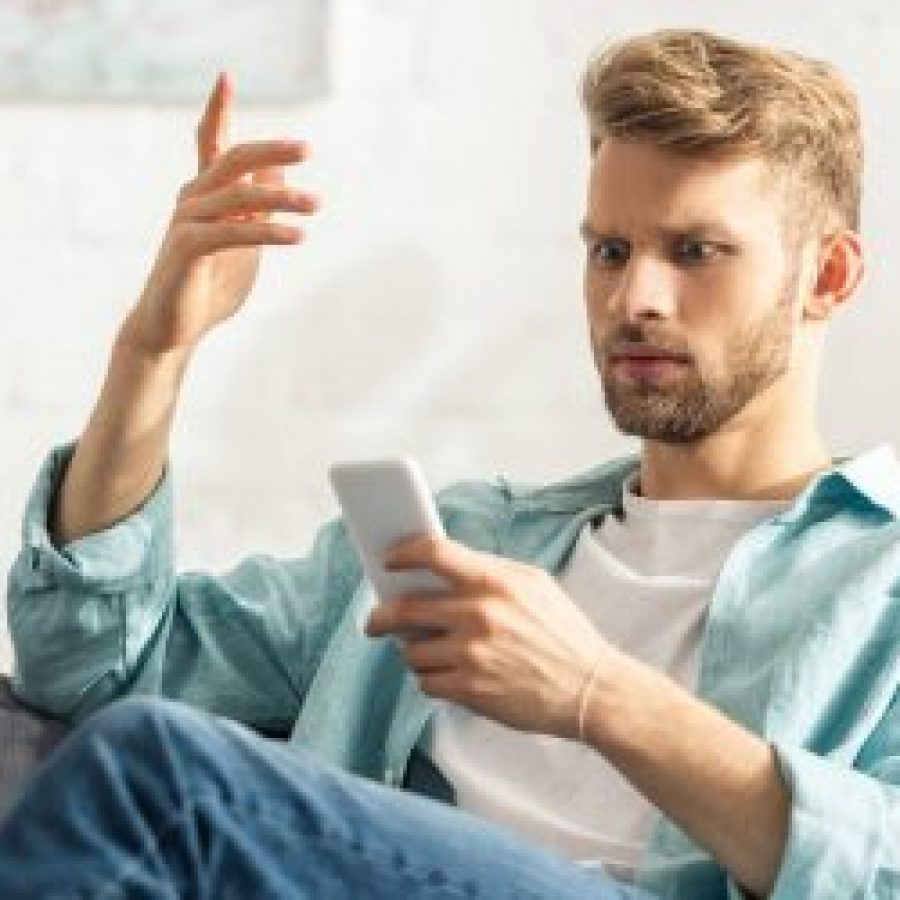 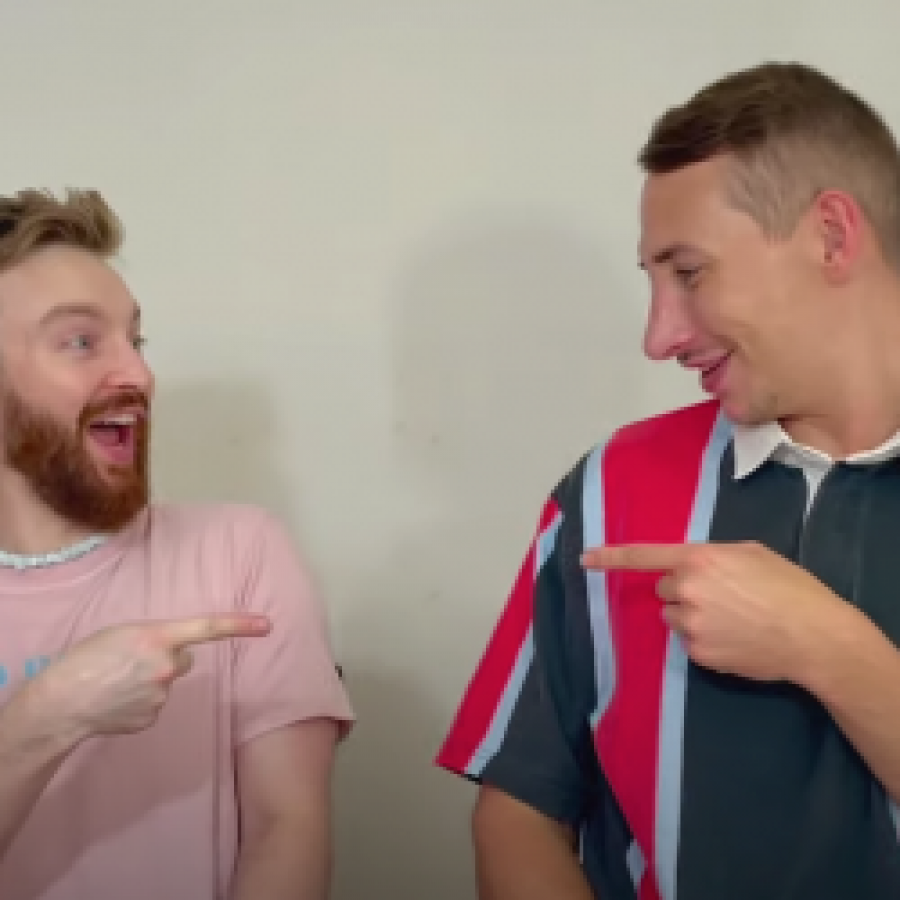 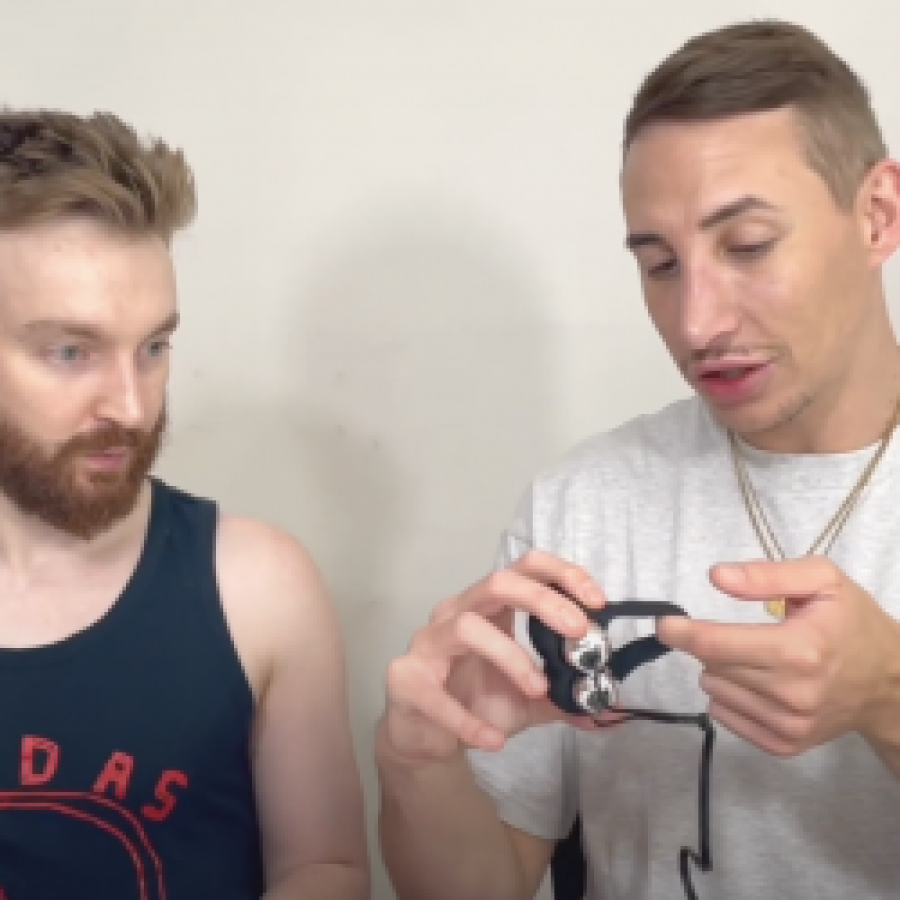