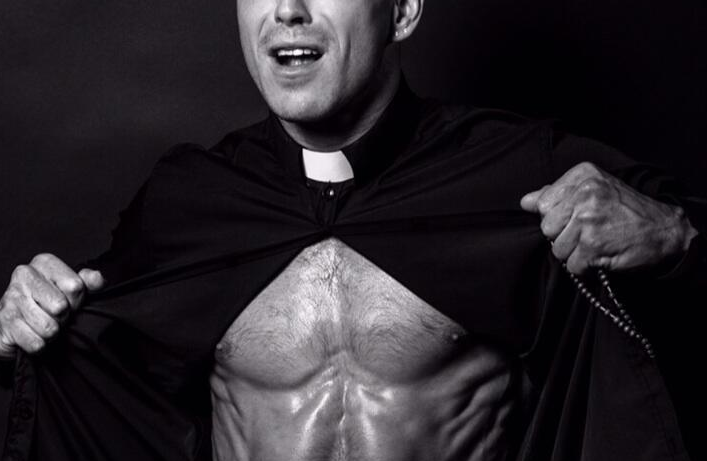 BLOOP! Forgive me Father, for I have bent over the tabernacle when thee asked! Seems that the powers of the Irish Church are catching on to the modern ways of Grindr, as the most senior priest of the Irish Republic Dr Diarmuid Martin will be sending students to Rome rather than Maynooth; you know, because the hot gay Priests are so much hotter there. Well, one would think. Regardless – thanks for the plane ticket bro, you’d be learning how to say “get your cock out” in Italian, surely?

After a number of accusations in letters and blogs, he’s said to be “somewhat unhappy [with] a growing atmosphere in Maynooth”. HAHA, DEAD.  From The Sun: “Dr Martin said allegations included “a homosexual, a gay culture, that students have been using an app called Grindr” which he said “would be fostering promiscuous sexuality”.

What is surprising is that their particular focus is Grindr — aren’t any of these holy men on Tinder? And they insist the religious aren’t hiding behind the statue of Mary, and bashing one our to the stain glass window of Jesus scantily clad. Founded in 1795, Maynooth College is finally entering the 21st Century — and it looks like they wanna go back!