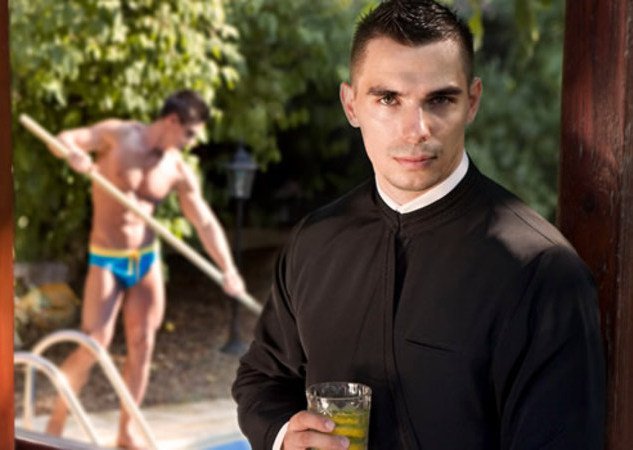 “Forgive me Father… but I think you sexted the wrong person.”

Imagine the shock on the pool boy’s face when the Priest assured him that the dick pic for in fact for him. Oh – and yeah, apparently the drought in California was so bad that even the churches have pools. And Monsignor Lawrence McGovern got caught sending some unholy filth to the married lad who maintains it. Monsignor’s feeble attempt at flirting, also included the line:

“Oops. Sorry about that. The curse of the Internet. Shame on me. What is my penance?”

Then BAM! *Pablo slapped a lawsuit on his ass. “It’s extremely disturbing that the person who is head of this parish would be sending photographs of his exposed genitals,” attorney Vince Finaldi, who represents the pool boy, said. “Someone’s who’s engaging in that type of conduct has very, very serious credibility issues and issues with judgement.” AMEN, SISTER.

The attorney called for McGovern to be fired immediately, though thus far he has only been put on administrative leave until further notice. McGovern has yet to comment – probably got an altar boy’s cock in his mouth.