FAGONY AUNT: “I Slept with my Girlfriend’s Brother & now I have Feelings for Him!” 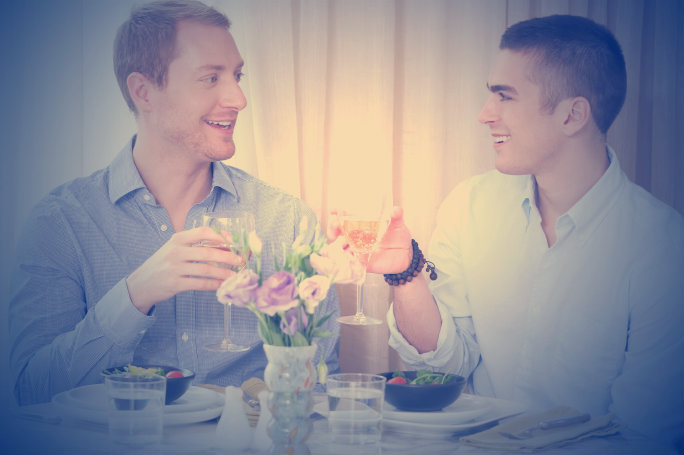 I am a guy of 25. I met my girlfriend online and we were soon a couple. The sex we have is seriously amazing. She is 23 and wild. We have been together for seven months and still have sex all over my flat and in public. There have even been times we have encouraged others to join in with us.

She introduced me to her family and I get on well with them. They recently had a party to celebrate her cousin’s engagement and I hit it off with her younger brother right away. There is only one year between them and are very alike in all sorts of ways. I once had sex with another guy at college so the idea of trying those sexual thrills again was very appealing.

The more I talked to him, the more drawn to him I felt. We got rather drunk. In fact, everyone at the party got pretty drunk as the night carried on. My girlfriend was tired and went to bed but I carried on chatting to her brother. He was making suggestive remarks and I knew exactly what he wanted. When a romantic record was playing he kissed me. Things then got out of hand and before I knew it we were in his bedroom having sex, but it was only afterwards I realised what I had done — I had cheated on my girlfriend with her own brother.

What makes it worse is that I think I may have developed feelings for this guy. The sex is more at my speed. I’ve not talked about this with him but I got the impression he would be interested in us developing a relationship. This sort of behaviour is not me and I know very well it is so wrong, yet it feels so right. I don’t want to hurt my girlfriend yet don’t know where to go from here.

Do I carry on cheating?

The fact that freaky Fran naively introduced you to her family means she probably believed that the two of you could live happily ever after in a Danish sex dungeon – and you just shit all over that… As well as her little brother’s cock. Quick question btw: who was tighter, the nympho or the desperate chicken?

You say the more you spoke to him, the more were drawn to him – is that because he was whispering “rim me in the garden shed”? It amuses me that you find it relevant to mention that everybody at the party got very drunk, yet still you’re the only one who snuck upstairs with Dennis the menace and a turkey baster. Although, can anybody really blame you? I can’t keep it in my pants when Khia’s ‘My Neck, My Back’ comes on either. I find it interesting that only after did you realise what you’d done – what did you think you were choking on? Nana’s home-cooked cumberland?

Oh, NOW you’ve developed feelings?! Bit like the ones you did for Freaky Fran until her younger brother with no gag reflex came along. You assume that this harlot wants the same as you, when he’s probably scheduled to go and harvest more dick this very weekend. Then again you could be right, but would you really want to be a relationship with someone that with stab his own sister in the back (by stabbing himself in the back-door with her man’s love sword)? Then again, you clearly have no moral compass, so perhaps you deserve one another.

Here’s what you should do… Break-up with Freaky Fran, because she deserves better than you. Let her go and fall in love with a french artist called Hugo who smells like Marlboro Reds, and occasionally hits her during sex. Forget about her brother too, you were forbidden fruit, and now he’s had a taste, you’re just a rotten apple. In fact, rule out relationships altogether because you can clearly be trusted around younger boys as much as Boy George. I’d suggest you live a lonely life of  polygamy; having sex with men, women and goats in as many public places as you wish, and never inflict your true-self on anybody else.

P.S. Enjoy your next life as a toilet brush!