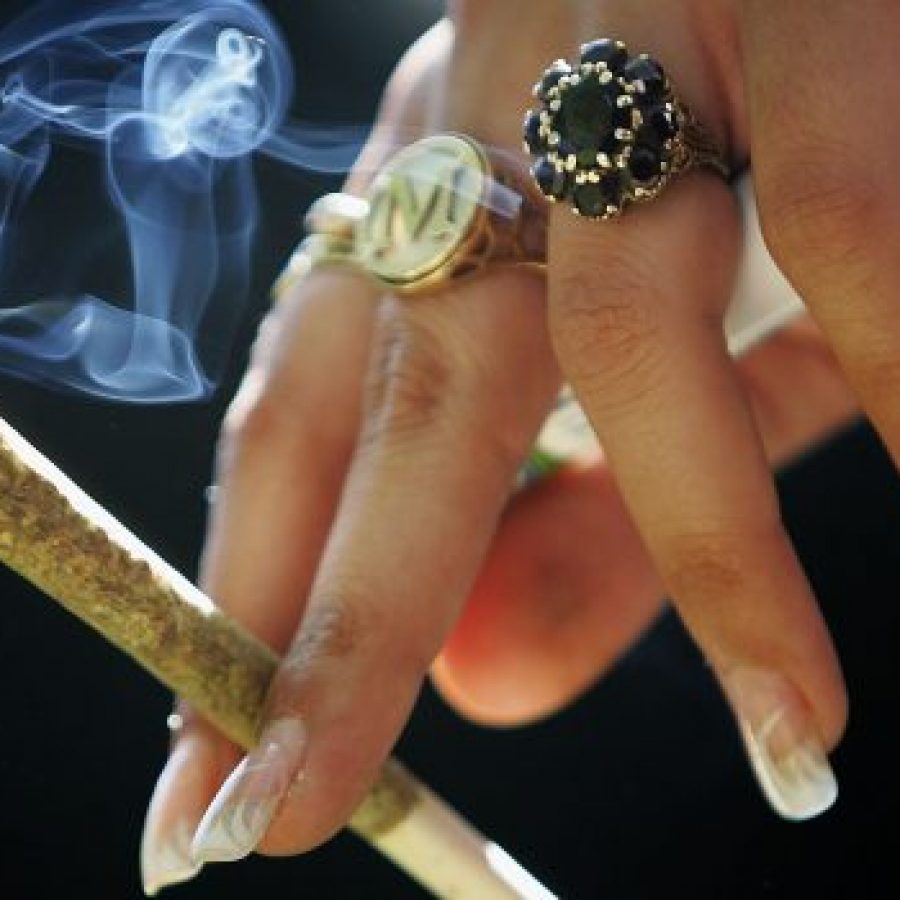 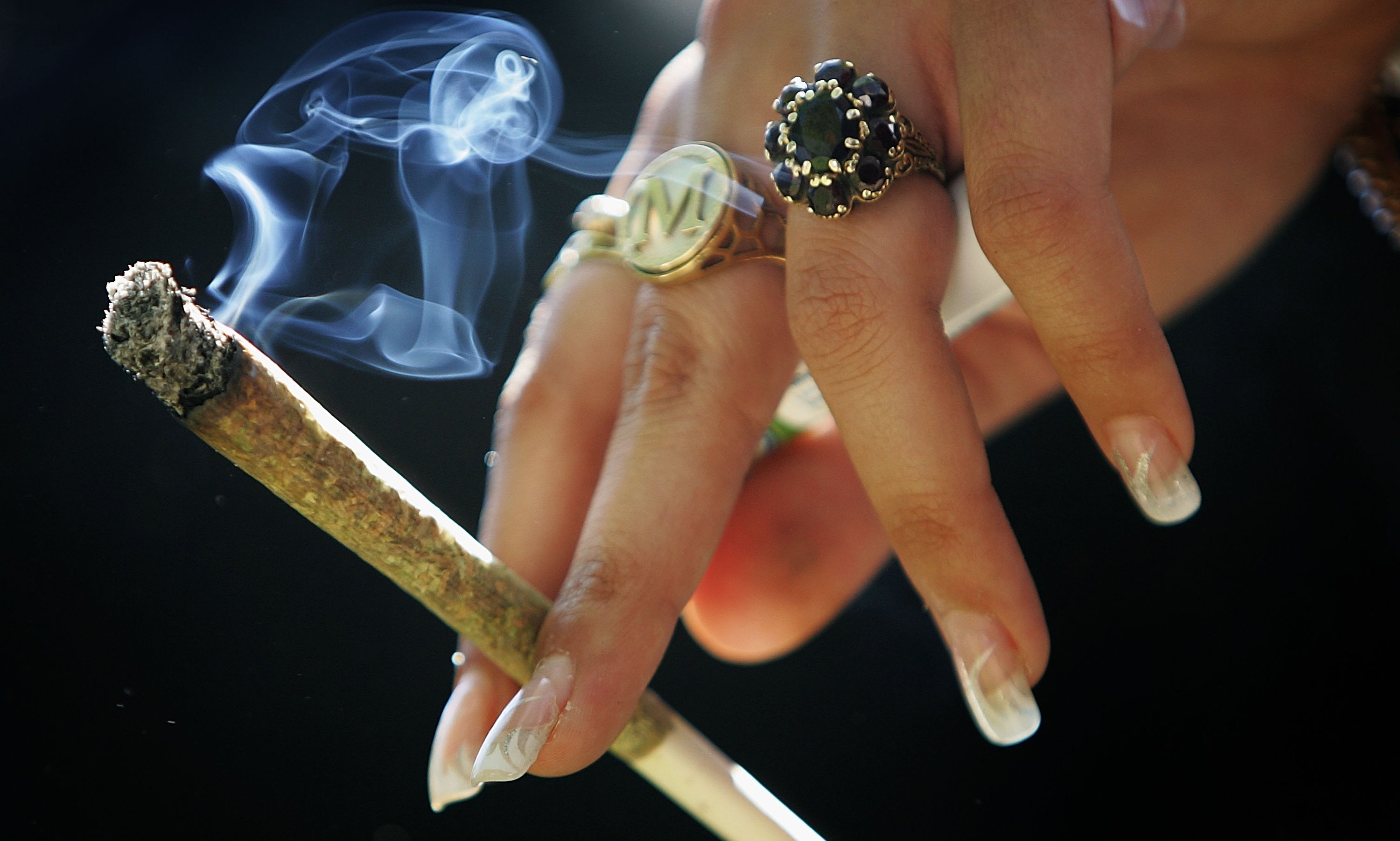 Forget Lean in 15, this is ‘Lean in 15 Tokes’. You may not necessarily correlate losing weight with smoking weed, what with the unholy munchies that usually come with it, but there must be a reason Rihanna, Miley Cyrus and Kristen Sweart aren’t putting the pounds on. Science has previously shown that weed increases your metabolism, and while that sounds good right off the bat, that’s actually what gives you the munchies. But that hasn’t prevented it from becoming the new fad diet:

So we’ve put together some techniques for people that love getting stoned, but hate being fat.

Firstly, be determined. We found that the chances of dodging the munchies are twice as greater when you have it in the back of your mind that you can beat them.

Chuffing the reefa definitely shifts the pounds if you don’t over-munch. Firstly, we believe that the secret to getting baked without eating the entire bakery, lies in conditioning. If you can condition yourself to associate smoking with a suppressed appetite, then you can smoke – at least more frequently – without always raiding the sweetie aisle in Tesco. There’s a few ways you can do this…

Smoke more: Like most drugs, weed carries a certain level of resistance, and studies have shown that people who smoke weed daily had lower appetite levels than those that smoke less frequently. Which is great if you don’t have to use your brain, you know, like ever. When we’ve smoked more than usual, you do find that immediately after you’re not hungry in the slightest. But the downside with this technique is it’s longevity, depending on the strength of your spliffs, by the time you get to the fourth one, the munchies will probably still find you.

Smoke less: If you start by smoking really weak spliffs the munchies shouldn’t hit you too badly, the more weed you smoke, the more likely it is you’ll wanna eat everything within reach. If you’re smoking for long periods of time, we use the Exclamation Mark scheme: Lots of light blunts, followed by a big fat one at the end to fuck you up.

Surround yourself with people: You’re less likely to eat more when you’re in the company of other people, than if you’re slobbing in bed alone (unless you’re applying any of the other techniques on in this article).

Night cap spliffs – this is one the most useful ways to lose weight smoking weed, a little spliff just before bed. If you’re getting in to bed anyway, roll a mini spliff, but pack that shit out. You’ll get stoned, but should more or less fall straight to sleep. OK, so you don’t get to sit there laughing at your own foot for 20 minutes, but you also don’t eat 17 cookies, five packets of Cheetos and 2kg of bacon.

This is also great, because it means your metabolism will be left to speed up, while you sleep. And it conditions your body to accept weed and then not eat for the next eight hours, which means that the more you do this, the less hungry you’ll get when you smoke weed at any of time of day too. So don’t let anybody tell you there’s no way to shift eight without exercise, that’s bullshit. 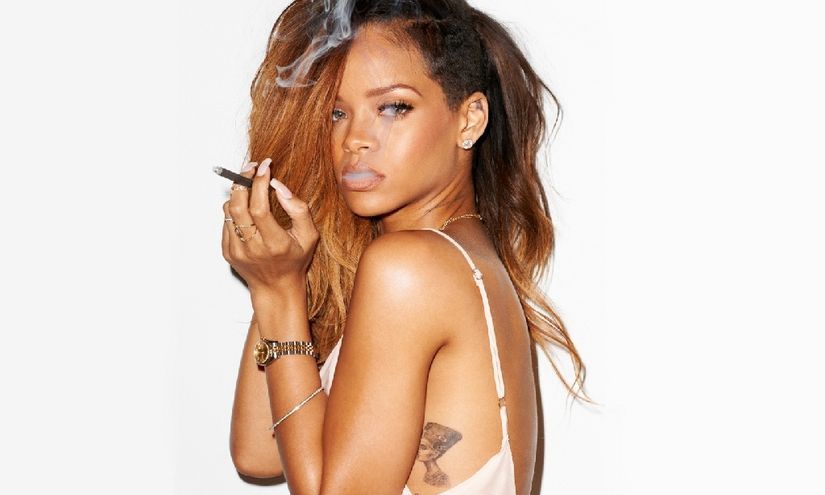 How to Stop the Munchies

Cheat your tastebuds: When you’re baked you get cravings, usually between something savoury and something sweet; so rather than reaching for the Haribo, eat fruit. Rather than chocolate, have a protein bar, or chocolate protein shake. Swap biscuits for nuts. And swap fizzy drinks for water – yes, an ice cold 7Up hits the spot, but it’s so unnecessary – and you know it – so cut it out.

Eat before: This is also a pretty useful technique. Eat a big meal before you smoke, and then you’ll already be full when it kicks in. Simple. Even though the food tastes way better when you smoke before…

Prep your munchies: It’s always better to buy your munchies before you get stoned – which is kind of obvious. If you fill yourself up on healthy snacks (as above) and a hot meal, you’re less likely to haul ass down the shop, especially if you’re high af.

Move house: You’re extra lucky if you live nowhere near a store because when it’s like a 15 minute walk, half the time you’re just like nah, fuck that.

Distract yourself: Distractions are a good way to take your focus from thinking about food, if you’re going travelling somewhere you get too busy enjoying the buzz to make a snack-stop. Being outside often has a positive impact on your appetite because you’re not snuggled up in a comfty environment which more likely makes people wanna eat.

Play music: But what has this gotta do with eating? If you’ve got the tunes on, you aren’t on auto pilot watching Orange Is The New Black, elbow-deep in a share pack of Doritos, but also before we reach the point of complete cabbage, it can encourage you to have a little skank on your own.

Appetite suppressants: Then you have the usual things people use to stop themselves from eating; smoking (cigarettes), tea (especially green tea), red bull and chewing gum. All which we would say are mildly affective.