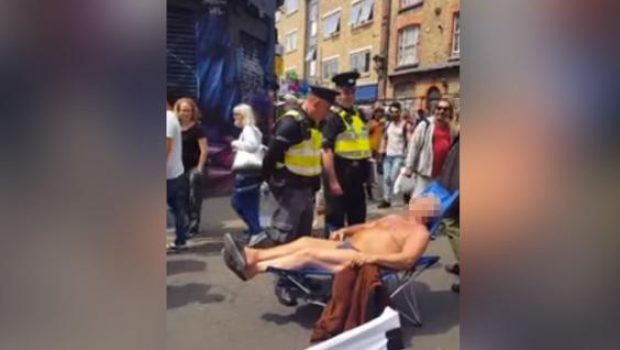 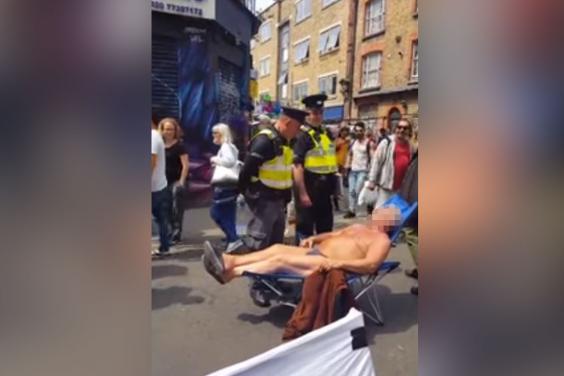 Us Londoners will get our kit off at even just the hint of sunshine, so it was no surprise that when the sun was out over Sunday, this middle-aged bloke was straight down to his budgie-smugglers. But apparently, there’s a big difference between Brick Lane and Hampstead Heath. The man – who had took up residence by setting up a deck chair to fully appreciate our warm weather – was filmed by pedestrians as police approached him.

Some boring arseholes had complained about “nudity” (seriously, what fucking doiley wankers; get a life, mate), and so the police proceeded to discuss this with him. But it didn’t look like he was going anywhere. They then told him he was being arrested for outraging public decency. PUH-LEASE. 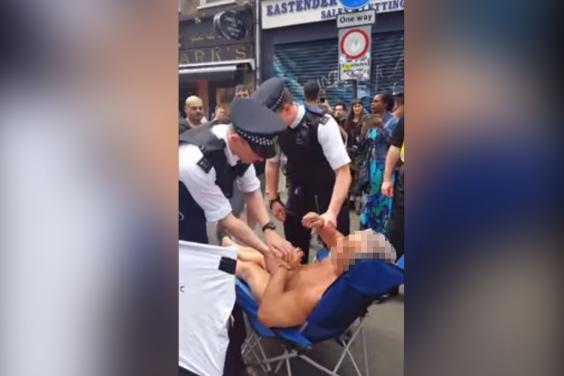 According to The Standard, he questioned the police, “who is offended? Is it illegal to sunbathe?” Real talk. If a man in swimming trunks offends your eyes – don’t look. 100% they wouldn’t be complaining if it was Ryan Reynolds casually sunbathing scantily-clad on a deck chair in Brick Lane.

He was later charged with being drunk and disorderly. EXACTLY. Because arresting someone for harmless sunbathing is as ridiculous as Trump’s tan. 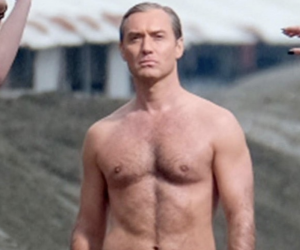 Perv on Jude Law in These Itsy-Bitsy White Speedos