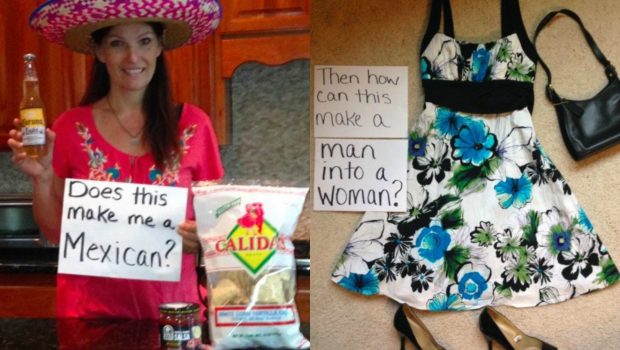 Some idiotic twat from Washington is proudly posting her low levels of intelligence all over social media because she’s dying for the world to know spiteful and spasticated it is for one person to be. The mother (God help them), has even set up a homophobic and transphobic Facebook page that attacks the LGBT community because she has nothing better to do with her time. She even went shopping for fancy dress outfits to make her point. Bitch is scraping new depths of pathetic.

Kristi Meritt then put on a big straw hat and held up a bottle of Corona, asking “Does this make me Mexican?” juxtaposed with an image of her regular dress and bag, “Then how does this make a man a woman?” 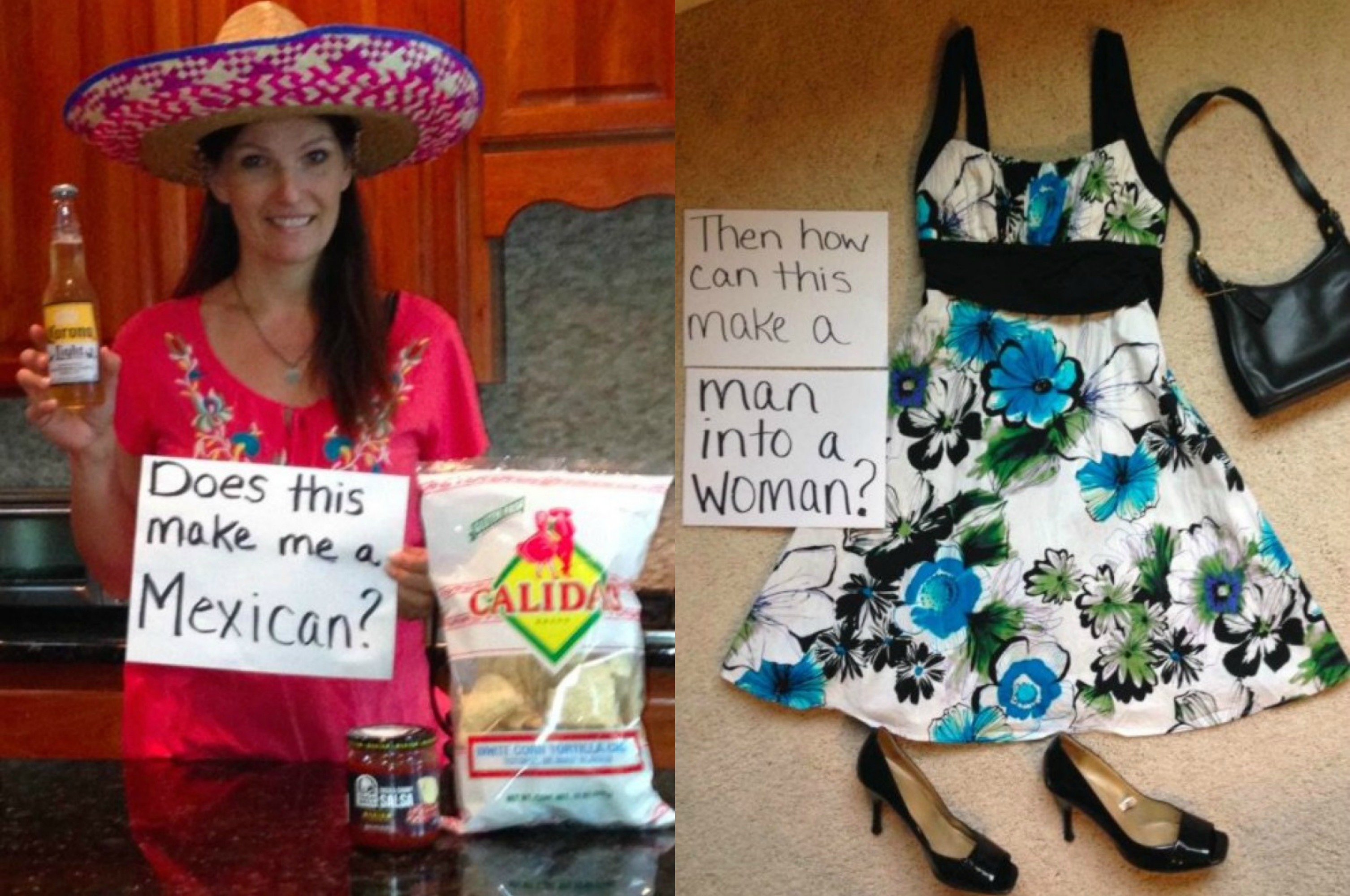 Erm, how about firstly because Mexicans have olive skin, and you’re transparent AF. Secondly that outfit wouldn’t make a man a woman, it would make him a basic manky tosser from Washington. She obviously has no idea that those comments hold as much weight as her hair. Bet her sex life is dryer than that bag of salsa chips.

Kirsti then stood around her kitchen in the middle of the day with a parrot her shoulder, with a sign that read: “Does this make me a pirate?” 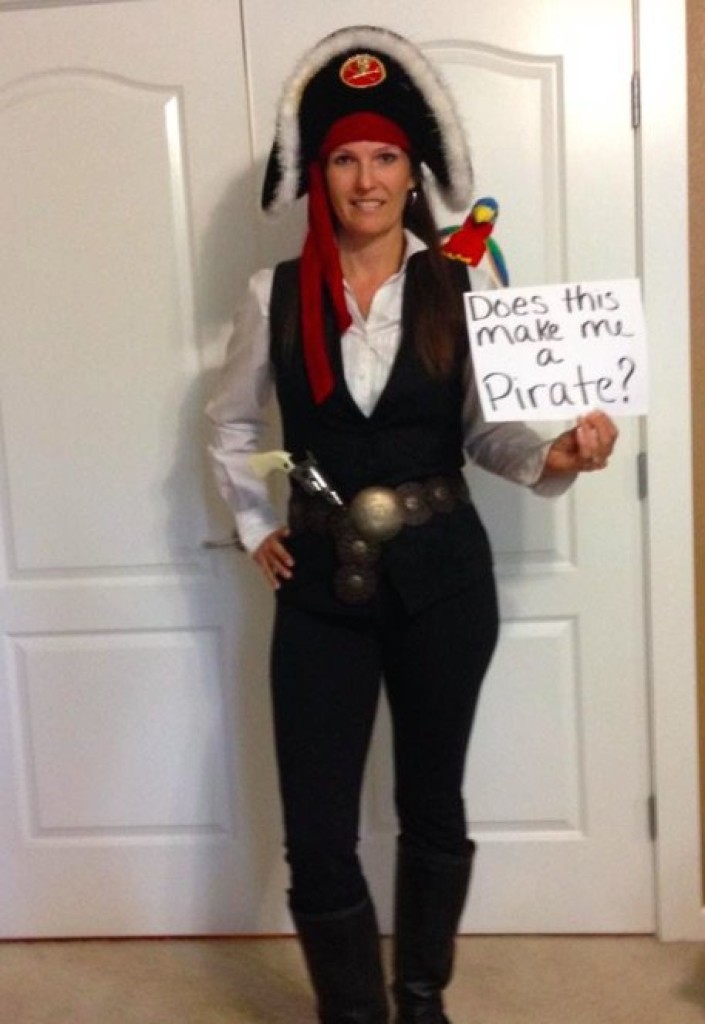 No. It makes you a cunt in a pirate’s outfit. Merritt – who supports North Carolina’s decision to ban trans people from entering the bathrooms that fit their gender – ignores the fact that not a single trans person has ever been arrested for public misconduct in a public restroom because she’s too busy driving around Washington spending money on outfits she’s never going to wear again.

We can only hope that her children don’t grow up transgender. Then again, perhaps if they did it might knock this bitch off that peg leg of ignorance. But, unfortunately, probably not. 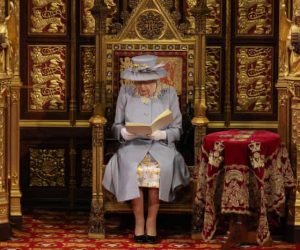