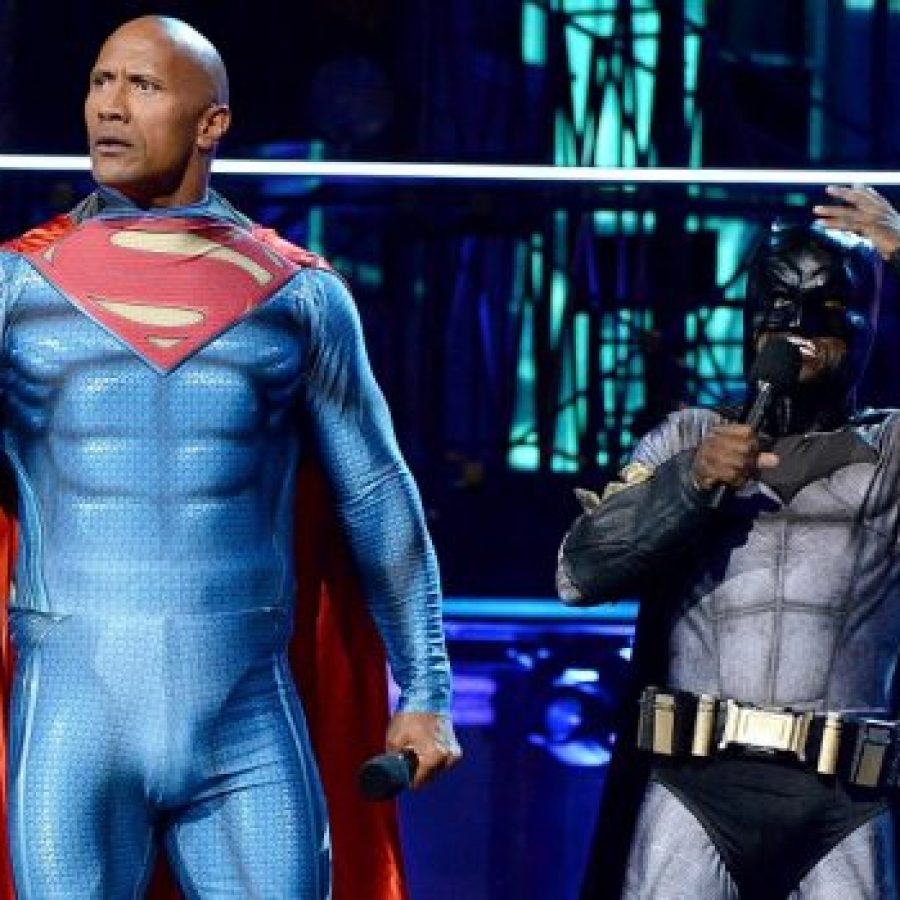 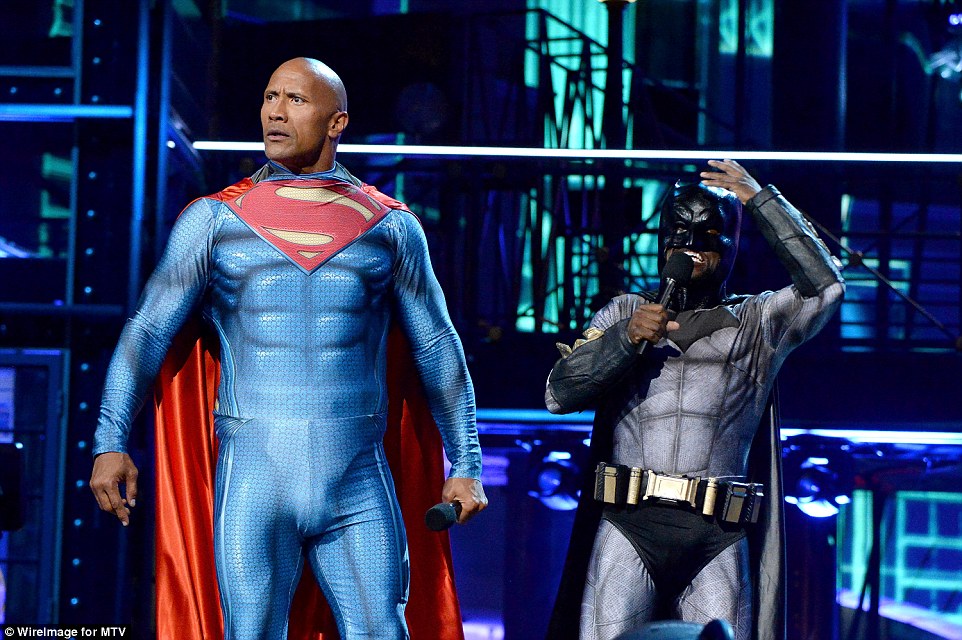 Alexander Skarsgard probably thought he’d steal the show by waltzing on stage in his itsy bitsy briefs, but Dwayne ‘The Rock’ Johnson had other ideas. Appearing in a sketch of some sort (it was hard to concentrate), the former wrestler emerged in a Superman outfit, to show off his super bulge. Naturally, the Twittersphere was saturated with jokes about “The Rock’s rocks”, Dwayne ‘The Cock’ Johnson, and “Dwayne Johnson’s got some johnson”.

We wonder if the Dark Chocolate Knight got penetrated by his, erm, powers. 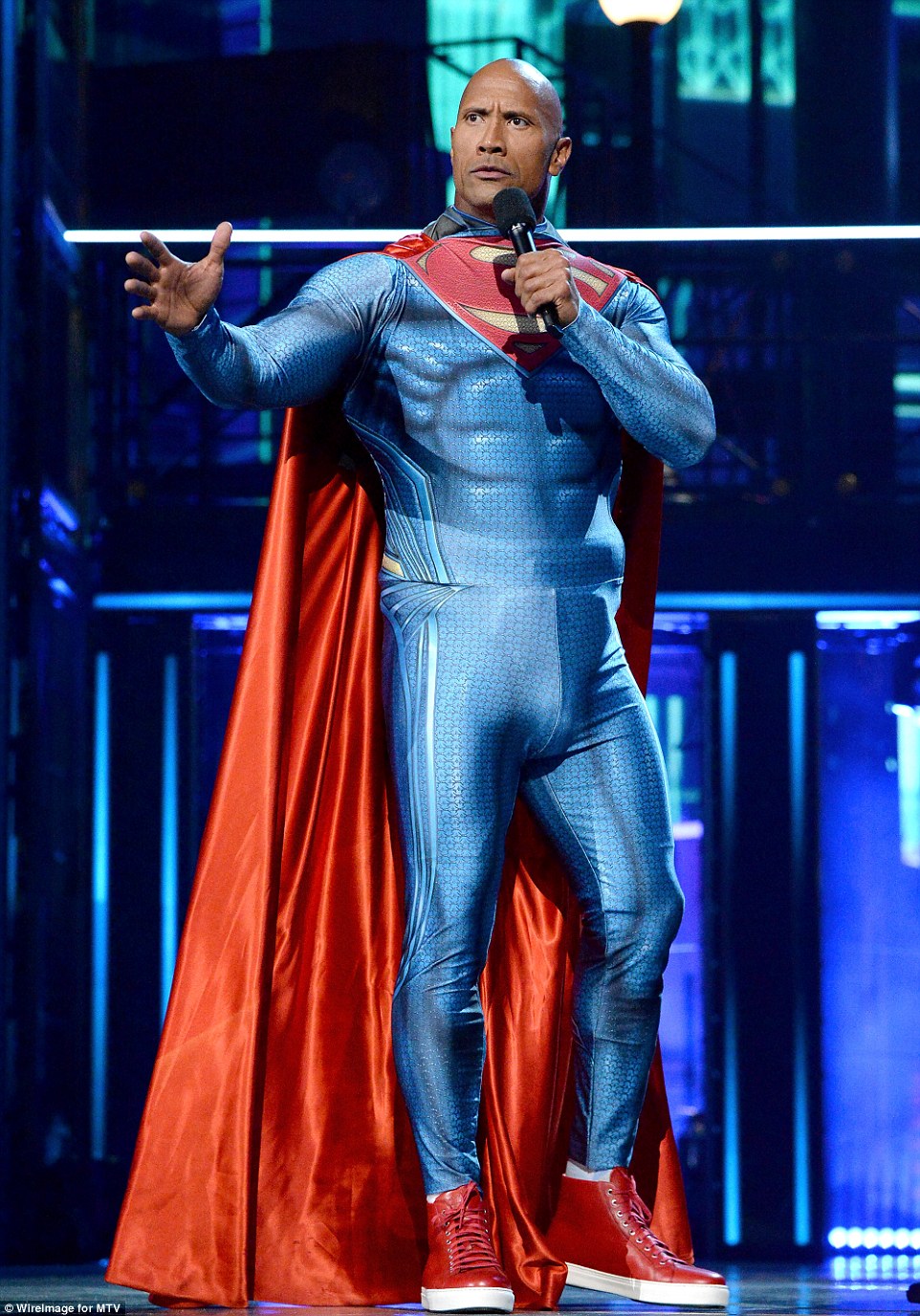 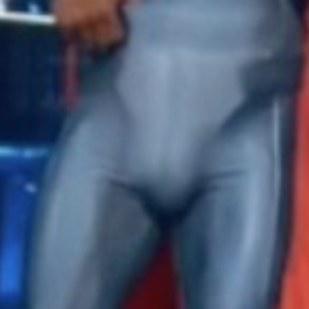 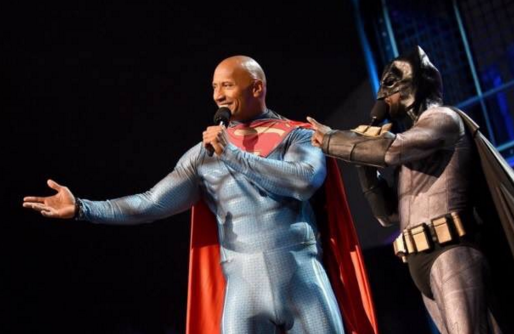