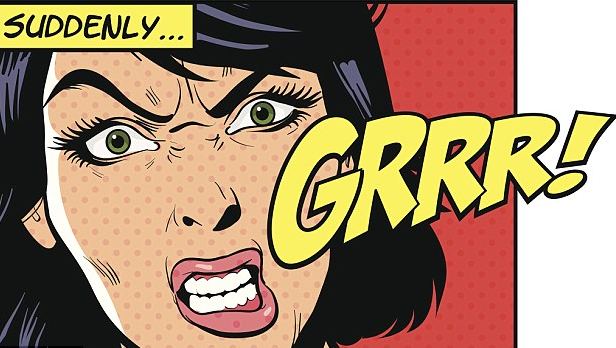 Woman Complains About Lesbian Kiss on Kellogs Advert, Gets Read Her Entire Life

A woman recently wrote in to complain about the Aussie ad, shown above:

“The add [sic] was ruined where it showed two women kissing. Why it did one can only wonder perhaps it was trying to support a particular agenda (eg desensitising the public) however regardless, that physical act doesn’t have anything to do with a breakfast cereal product that anyone in our society might choose to purchase and enjoy.
The ad should consider the well being of the younger generations of children and families as well as everyone else.
I object to the kiss. Must we have the lesbian message shoved in our faces all the time. My 7 year old boy doesn’t need that happening in his lounge room.
The ad was shown during family viewing time and included two women kissing as a couple in an attempt to normalise this behaviour.”

I understand your discomfort watching two women kiss; it’s often difficult to digest for dykes on the down-low. You’re probably only peeved at the entire instance, as it got your overgrown minge tingling.
As for your suspicions on supporting an “agenda”; equality is not an agenda, attempting to shield your son from the freedom to love someone of the same sex due to your skewed outlook on the world, is however. If you think kissing is something people need to be desensitized from – regardless of who is partaking – I can only image your one of those women that put condoms on to give head.

As for the act being irrelevant to product sales, you have in fact, confirmed exactly why you are wrong. Kellogs are making a mass appeal to all women, especially women who are insecure for reasons they cannot change; such as their sexuality. Your anger at the split-second affection only proves that minorities still need support from ignorant stuffy wank rags like yourself.

What you’ve demonstrated, beyond painful ignorance, is ironic idiocy – as the advert says “all women can change something more important than the size of [our] bums, we can change our perspective”. Clearly, you have chosen to stick with one as dusty as your vagina.

Not only that, but you’ve clearly worked yourself up over the consideration of children’s well-being over nothing – as that’s exactly what the advert does. It encourages those watching that there is nothing wrong with being gay, despite what they’re awful parents attempt to brainwash them into believing. The fact that you “object” to the kiss, is more hilarious than your dried up cunt. This is not a court, and you are not a lawyer, my dear. So sit yo’ flat square ass down. Preferably on somebody’s face, in the hope that you might not be such an uptight tit wank.

The lesbian message will only be “shoved in your face” as long as the heterosexual one is shoved into those of the LGBT community, sound fair? And by the way, I hate to break this to you, but your 7 year-old son will probably be watching two women do more than kiss when he reaches his teenage years. Just as your husband does when he’s pounding your crusty crevice. That’s if you ever take the padlock off your knickers. To be fair, I wouldn’t be surprised in the slightest if you’ve got a three-headed dog and a laser obstacle course guarding the wifi box just to prevent them from knowing anything other than lackluster mormon military sex.

FYI, it was shown during family viewing time, because it is “normal”. You, Francesca, are the one who is not. I can only pray for your son. While seriously questioning which man ever put it in you to begin with.