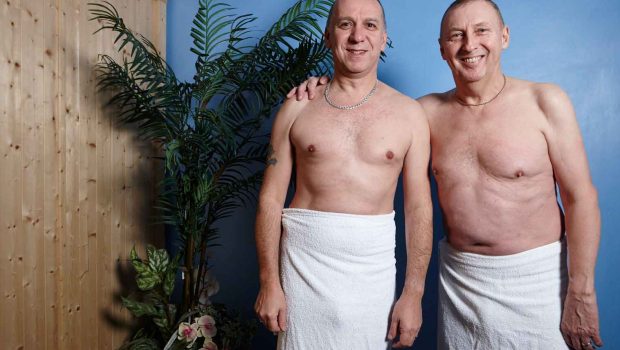 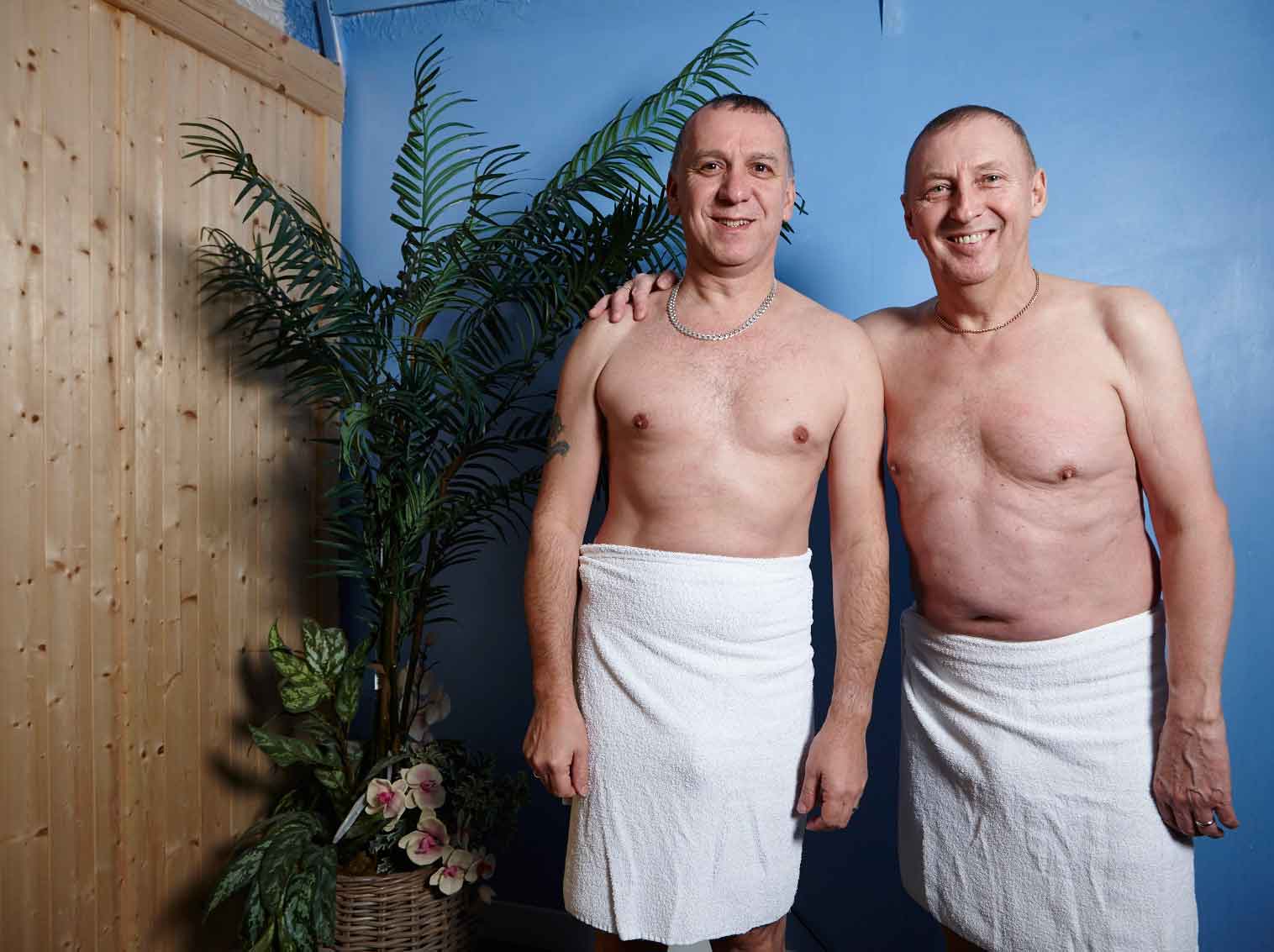 Last night Channel 4 screened a documentary showing viewers what goes on behind closed (cubicle) doors of CS2 in Nottingham Secrets of the Sauna. “Downstairs the sauna looks a bit like most health spas” states the narrator, honey, I don’t know what branch of Champney’s you’ve been going to, but I’d say it was not legit.

The sauna is a place for men of all ages and races they claim a number of times throughout. Yet, the viewers are only ever shown old white men. Though they showed one fittie for thirty seconds of diversity. I was like, HOLD ON A MINUTE; who is that fine specimen with the shaved head? I’d pay 12 quid entry for a slice of that pie.

John and Joe, the couple that run CS2 are kinda cute together, but what’s respectable about them is that they own their open relationship, and their decision to use the sauna for sex. They’re on TV cracking jokes about it, instead of sitting behind a computer screen whinging about ‘slut shaming’. Obviously, most people would rather die than be proposed to in the jacuzzi of a gay sauna in Nottingham – but it’s their lifestyle and they’re in love – so realistically who cares? Personally, I don’t think I could do the open relationship thing, he’d be getting 20 questions every time he walked through the door, while I innocently stroked a kitchen knife.

But I can’t help but feel sorry for them that there isn’t that physical attraction there anymore. Would it be different to marrying a friend in the first place?

Of course, dying in a sauna would be certainly worse than getting engaged in one: enter Narvel; using CS2 as his local gay bar, fears going for a third orgasm in one visit could kill him. Allow having your grandchildren at the hearing of the Will – “Cause of death: excessive sexual activity in CS2 sling”.

Describing it as a “tropical paradise”… We’re gonna take a wild stab in the dark *ahem* and say that he’s never been to Bermuda before. While his regular visits to the sauna put tension on his relationship, he says he couldn’t think of anything worse than being monogamous. How ’bout having your dick sucked by Gollum but you don’t even know ’cause you’re in a dark room? I’m not judging though, just like Narvel isn’t judging monogamous couples; whatever floats your boat. Unfortunately, his partner wants him to stay at home and listen to him playing to organ. “Olé!”

But it does demonstrate how hard it is to find someone these days. They’re both in a relationship with someone that isn’t right for them. Narvel thinks sex is the best thing in the world. His husband Terry thinks “how shallow”. But they stay together because, realistically, who wants to be alone at the end of the day?

Narvel later goes on to talk about the abuse he suffered as a child, being passed around a pedophile ring at only 12. A truly horrific experience by any means, but what he needs is a councillor, not a place that feeds the trauma still lurking within him.

A local politician says he met his partner there – a plumber. “We probably never would’ve spoke to one another in our ordinary clothes, so being in towels put us at equals”. That’s kinda deep. Before the more eerily stated, “everyone is consenting adults, nobody is doing anything they don’t want to”… spoken like a professional groomer of the young and naive.

But was it an accurate portrayal? Well, for quaint little CS2 in Nottingham, perhaps. But for saunas in London; hardly. And perhaps that’s because our beautiful city has higher rates of drug abuse than anywhere else in the UK. By all means, this documentary highlights the positive aspects of sex on tap and paints the sauna as a harmless sexually expressive and liberal part of the gay community. Which is fair enough, seen as so much judgement comes with going to a sauna anyway.

But where was the negative activity? The drugs. The sexual abuse. The unprotected sex. The perpetuation of mental health issues – as Narvel spoke of. But hey, let’s all have a jolly laugh at the wives who don’t know they’re husbands are sleeping with men behind their backs.

I don’t judge people that use saunas. I pity them. And I’m not talking about guys who go there once in a blue moon to unleash the inner hoe. I’m talking about the men where the sauna has become an integral part of their life. Men who are – in some form – addicted to them; which is understandable , as we all know that sex can be addictive, and at a tenner it’s the perfect cheap fix.

But as the organ player says, “I think you have a poor life.” And that’s coming from someone that performs Songs of Praise live in their living room. Thank you, hun. 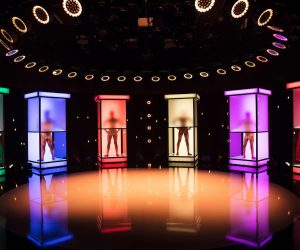 Naked Attraction is BACK! And Here’s an Array of Dick Pics so Far [NSFW] 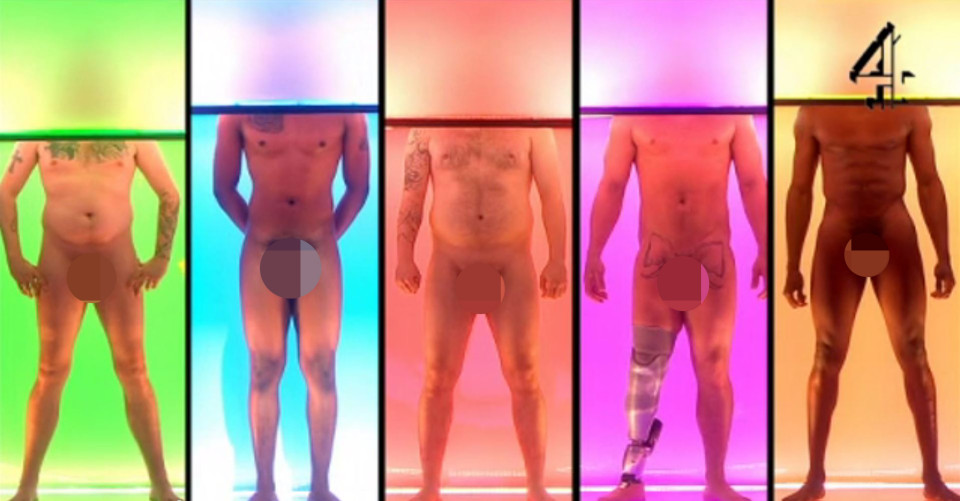