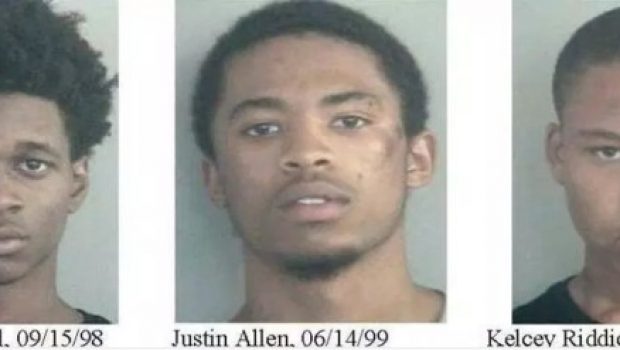 That’s not the kind of weapon he was wishing they’d pull out, I’m sure. They then made him drive to an ATM, where the victim escaped into a local business. Can you imagine, Tatiana taking orders at some Cuban hole in the wall and a this queen bursts in H&H, screaming about a Grindr robbery. Scarlet.

He called the police, and the boys are being charged with armed kidnapping and armed robbery, while being held in a Juvenile Assessment Centre. Wait, hold on a minute, these boys were born in 1999? As if people that weren’t even alive when the Spice Girls broke up are now committing serious crimes. My, how they grow…

We said it before, so we’ll repeat it again — be very careful who you are meeting online. Meet in public places if possible, sure you can’t exactly be like “Come into the Starbucks on 34th and 8th, no need to knock, I’ll be on all fours waiting…”

But to prevent incidents like this, guys need to be on alert. Peace out. Safe shagging.