Naked Man Living In A Glass Box And Live Streaming It To The Internet, Because Art

In what can only be described as David Blaine meets Tracey Emin, a Danish art student is living in a glass box and live streaming it to YouTube – you know, because this is 2015. 23 year-old Almar Atlason, who studies at the Iceland Academy of Arts, masturbates, eats, reads and has even vomited in the box – causing a fair amount of controversy. Obviously. Why else would go naked in a box for the world to see? Ain’t nobody doing that shit for a social experiment. The school has received death threats, and sparked concerns for Almer’s health. With “dozens” following it on Twitter.

Dozens? Hmm… Not sure it would be worth just a few followers… 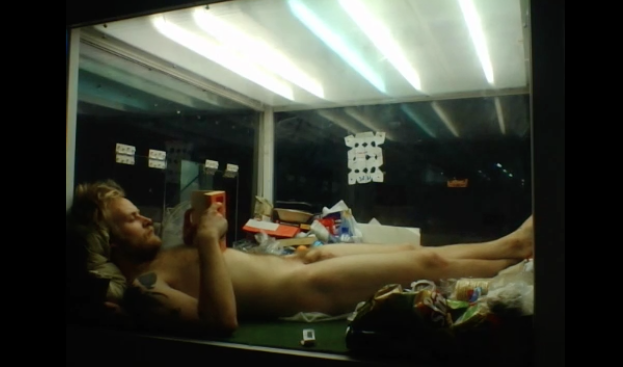