From Soho To WeHo: How Dating On The Gay Scene Compares… 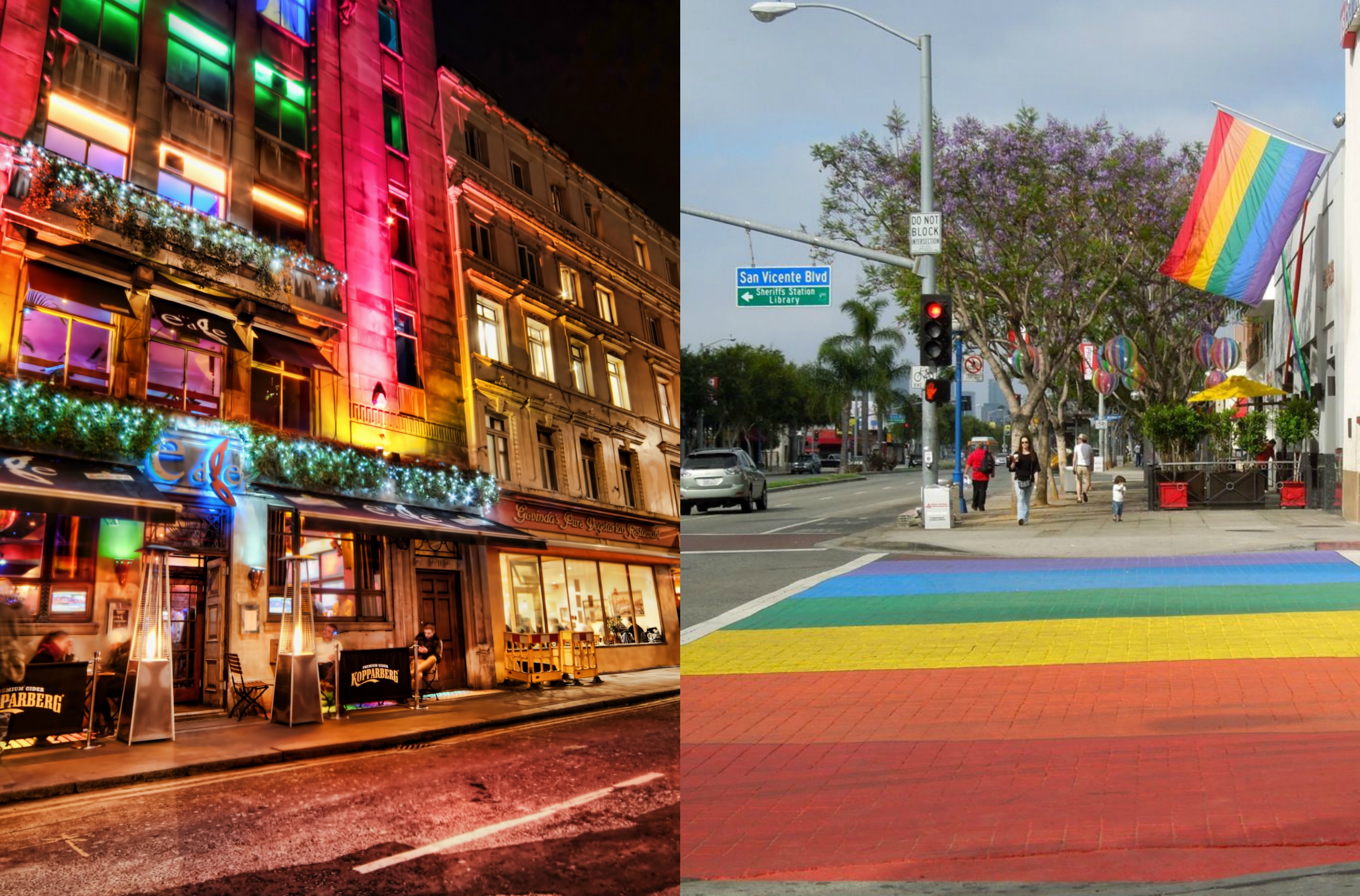 The dating scene in London is bleaker than the weather; and that’s an understatement. Eventually one tires of the monotonous roundabout of fuckboys, trashbags and dickheads, waiting for one of the decent blokes to split up with his basic boyfriend and get off. Is it too much to ask that a man doesn’t send you mixed signals or go under in the middle of oral sex?

So there’s the vain sliver of hope that in a change of cities, the tide of men will also change. It’s standard Charlotte York ‘dating feng shui’; change location, change luck. That’s not why I moved of course, but only ugly virgins don’t appreciate being the new gay in a different city.

So you pack up your shit and move to the City of Angels, and who knows, perhaps while you’re there you’ll meet someone with a halo… That isn’t around their nostrils. After all, you’ve got that sexy British accent that all Americans love, will be filled with that boyish confidence that you only ever have while you’re on holiday in a hot country, and will be surrounded by buff, rich adrenaline-seeking studs that all drive Mercs and have heated pools. Or, without sounding like a slick-haired, big-hooped jezebel from Catford, you can at least put it about a bit without guys squawking, “but you ain’t gonna write about me on that blog, are ya?”

Then you touch down and arrive at your apartment in the Hills, and realize that perhaps your fantasies of a dirty blonde Abercrombie model called Chad, or something else ridiculous, are a further cry away than you’d originally perceived. In fact, everyone in the surrounding Hills, were closer to The Hills Have Eyes. I mean, I’ve fucked some questionable beings in my time, but I draw the line at monobrow-ed munchkins that didn’t have a hot tub.

Although switch over to Tinder and it’s a totally different story. The men were drop-dead stunners. It’s just a shame that Tinder is Tinder, and nobody ever meets up, let alone starts a conversation with one another. So apparently that’s the same no matter where in the world you are. I did have one semi-successful date from there. We never spoke again, but I orgasmed, and didn’t want to slit his throat over the bread dish. That’s considered a win.

Of course it’s unrealistic to expect the entire population of one area to be packed full of hunks (unless you’re in the middle of Circuit Festival), but I’m not shallow enough to only ever go for muscle Marys with every inch of their body veet-ed to perfection. So what was the Scene like?

Well, the men were certainly more approaching. Were British men more afraid of rejection? Or just too up their own arse to approach boys in bars? Maybe the men of West Hollywood were more confident. Then again maybe they were just more desperate for dick. Maybe all of the above.

They’re less trashy though, right? For sure. They don’t have mephedrone in America, so you can say bye to boss-eyed trolls that think they’re in your league, but you can also say goodbye to all-night sexathons. Oh, and that boyish confidence you thought you had. There’s more stoners, though. Which, considering that’s the only kind of baking I’ve ever done, was a plus. Well, I mean, it’s a good idea in theory, “smoke you out, and break you off”, goes the fantasy. But the reality is more like veering on unconscious, sprawled out like a old mattress while someone feels you up.

What followed was a handful of lackluster experiences fueled by alcohol or pot, and usually resulted in booking an uber before you’d even mopped the gunk out of your belly button. So maybe it wasn’t that different from London after all…

The men were, to put it simply, damp; a distinct lack of edge. Like, c’mon, give me some attitude, be cocky, get rough, tie me to the bed, punch me in the stomach, break my arm – something fam. But hey, that’s not to say British men are much better, with their baggage and their baggies. So it’s a rather unappealing toss-up between egotistical wankers, or soggy queens. There’s a good ‘would you rather’… Would you rather a be crazy about a player that mugs you off, or be mind-numbingly bored by a sap with no game?

“But you’re from South London! You’re never going to meet someone cool enough for you” exclaimed my friend Mark. Hmmm, *sips Frappucino*.
Maybe our sense of humour, or our lifestyles, or our sense of dress, don’t always translate – but standards do. Regardless, many of the boys that actually live in West Hollywood, openly admit, it’s not a city for falling in love… But is London?

Moral of the story: The grass isn’t always greener on the other side. And certainly not in the Hills.