The 8 Biggest Douchebags You’ll Find At The Gym

We all know them. Whether it’s the 60-year old queen that smothers herself with 52 different kinds of moisturiser in a despairing hope to cling on to her youth, the guy that bowls around shaking hands with all the trainers because he spends more time there than with the minimal friends he has, or the eccentric one that looks like he’s just popped a Molly and is dancing to an EDM beat on the stair climber, even though the speakers are playing Kisstory – THEY MUST BE STOPPED. 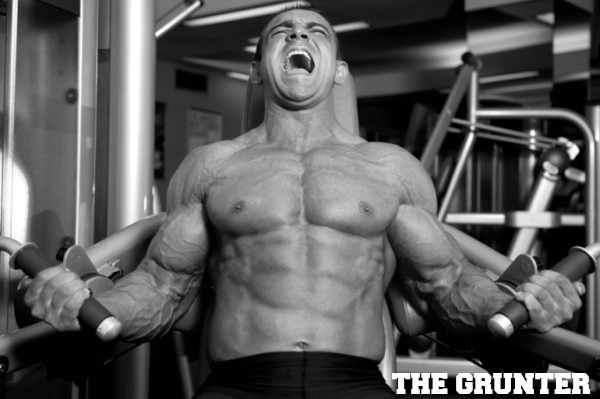 Is it a cow being slung through the meat grinder? Is it the exorcism of Emily Rose? No. It’s just some ‘butch’ Mary shrieking because he’s trying to bench all of his issues. Either that, or he’s whailing because he caught a whiff of his own protein fart. Can you imagine the noises they make during intercourse? I’ve heard farm animals make less noise when David Cameron’s putting his dick inside them. You’ll often find them wearing those big leather maternity belts, as though compressing their beer gut will give them a six pack. Who invented waist-trainers for pregnant men? More misguided than fat girls that think putting their hands on their hips for photos makes them a size 6. They think that everyone admires them, yeah because we’re all dying to have your perky man tits and varicose veins. 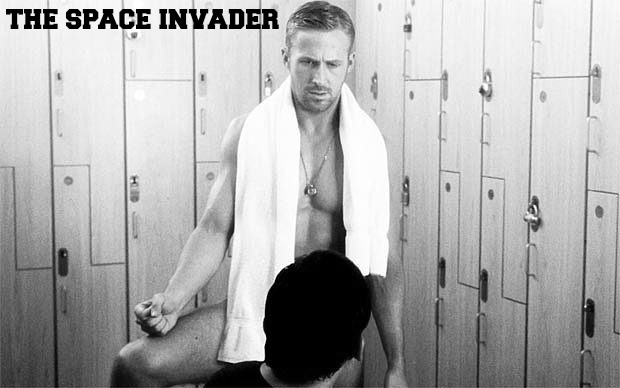 If you were allowed to punch someone in the throat for no valid reason, it should be these cunts. You can add ‘total lack of spacial awareness’ to the reasons why you’re still single. They can’t even give a stranger a two-feet radius of personal space, Lord knows they probably don’t even let their partner drop the kids off with the door closed. Back up! All up in my air like an elderly Scottish chain smoker. Seriously, the amount of times I’m ’bout to pop off my rape alarm in some goat’s face: “GO AWAAAAAAY!” 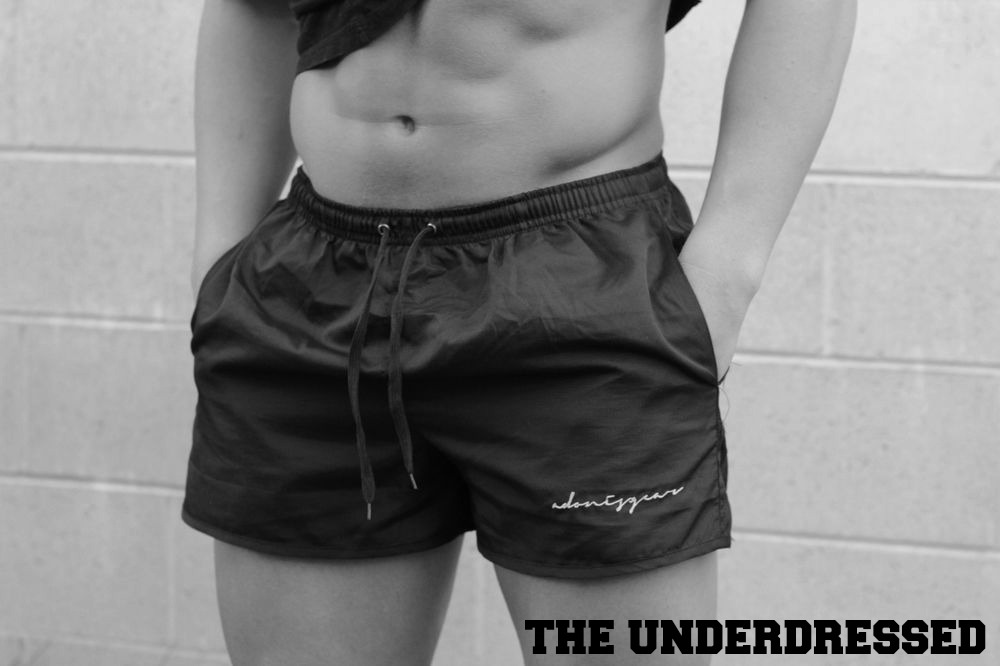 We’re all about freedom of fashion, but this is a gym; the gay house of worship. And you’re mincing around in booty shorts like you just been rogered in a portaloo at Brighton Pride? The gym is a place of work; it’s where we go to work on our bodies. You wouldn’t turn up to a business conference sporting rainbow nipple tassles – same diff. You don’t need to be Mystic Meg to know that he’s listening to Ariana Grande and knows all the barmen on the island of Gran Canaria. If you wanna show people your breakfast, throw it back up into the toilet like a normal person, and ditch the daisy dukes. Oh, and in case you didn’t know, it’s common courtesy to wipe your testicular sweat off the machine after you. 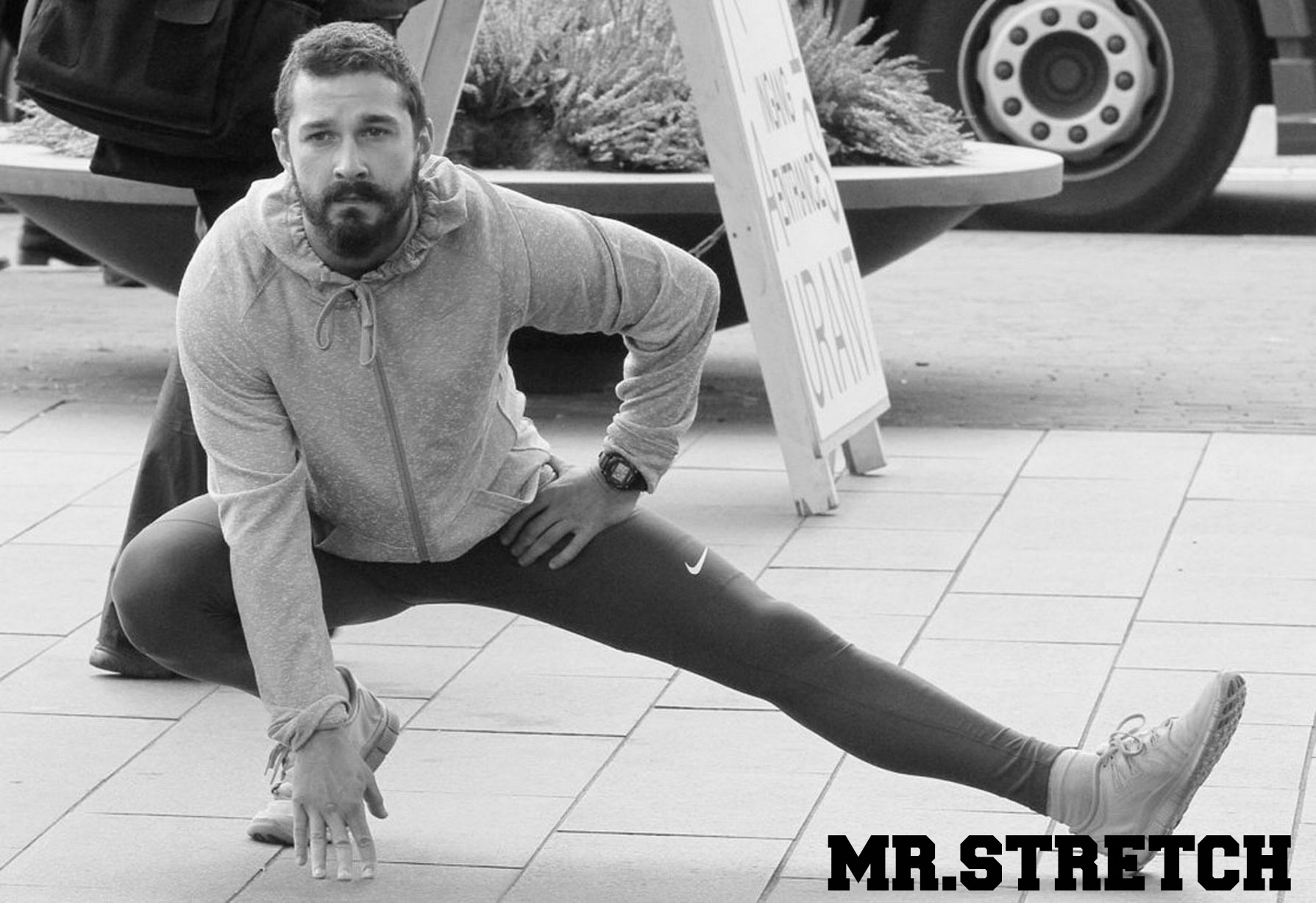 Using every exercise as an opportunity to demonstrate what a horrendously flexible fuck they’d be. I’m sure doing the splits comes in handy when you’re reenacting Velma’s big number from Chicago alone in your bedroom on a Saturday night, but if I wanna see a misfit perform auto-felatio, I’ll call Prince. Honey, you may feel like hot shit, but it’s less Pussycat Doll, and more stray alley cat licking it’s mangled pussy clean. Although, it’s great that you can self-suck, ’cause the boys are hardly beating down the door to do it. Unwanted karma sutra classes: Coming to an LA Fitness near you! 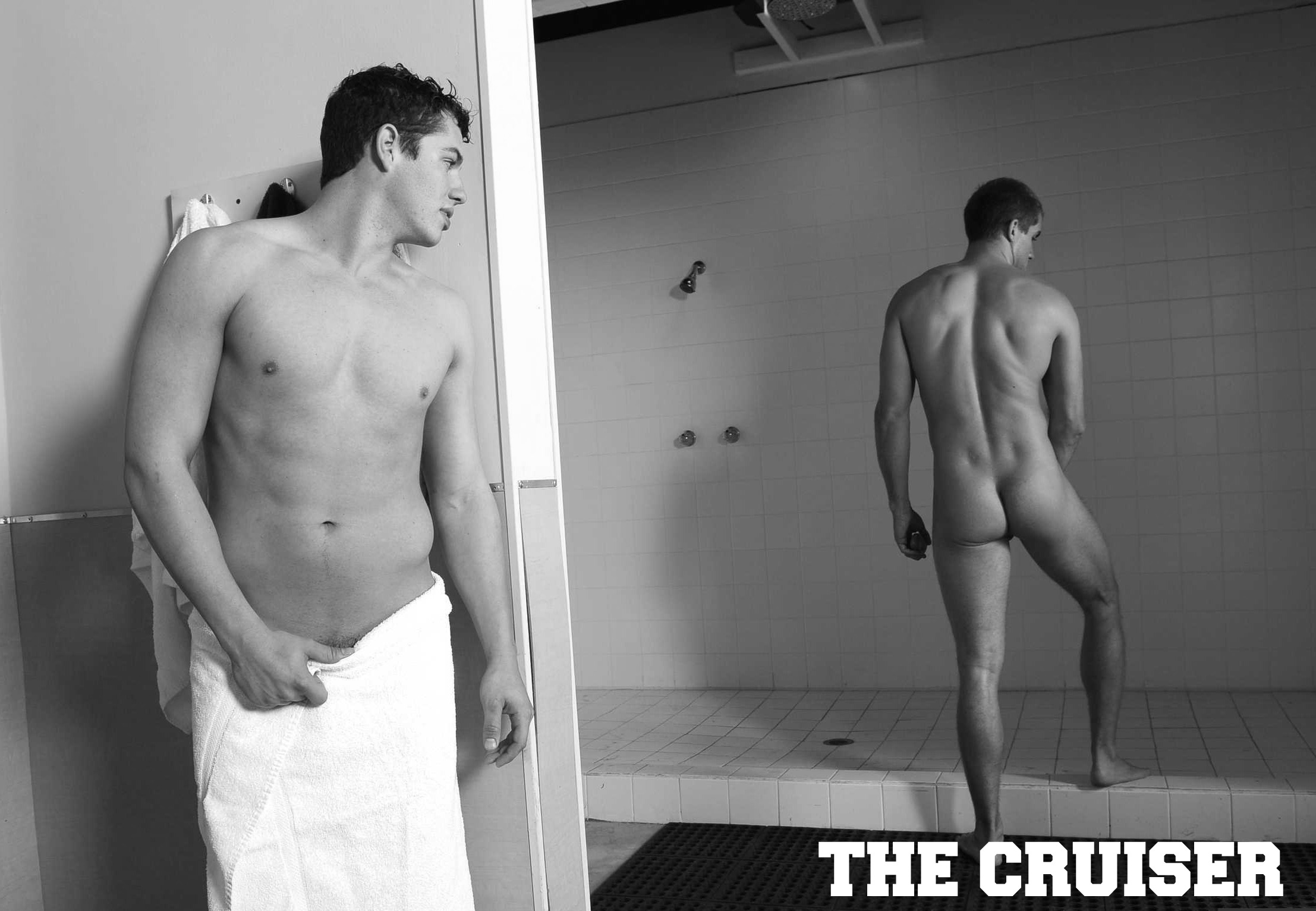 Usually lurking around the showers far longer than is needed; deep cleaning every inch of their body – twice – while their engorged eyes flicker not-so-subtly to the surrounding genitals, or taking up residence in the locker room, forever putting their socks on, fixating on guys that may, or may not, drop their towels. Their sex life is clearly as exciting as the flip-flops they bring along and wear in the showers. *Rolls eyes*. Everyone would be happier – and safer – if you just urinated onto a live wire fence. 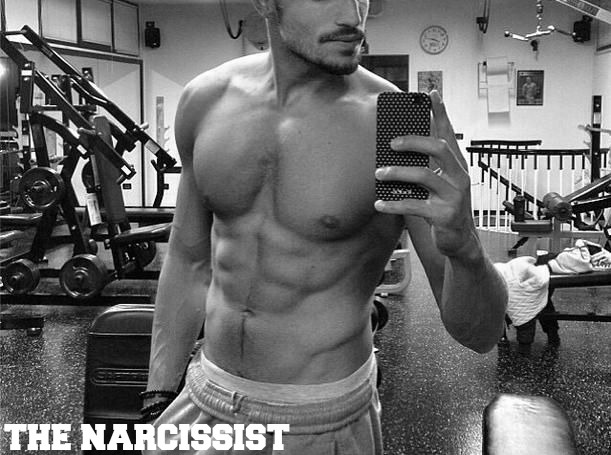 These range from mildy vain (lifting up the bottom of his vest to wipe his dry brow, just so he can get a glimpse of his doughy-but-getting-there stomach), to full-on shameless selfie taking in the locker room. What’s up? You don’t have mirrors at home; is your mum a vampire or something? They often suffer from severe self-esteem issues, usually stemming from the fact that they don’t have many friends and use sex to get what they want. Although nobody fancies them more than they fancy themselves. Not the mention the delusion that they’re anything other than a hussy with a few thousand Instagram followers, that lives to be the centre of attention. 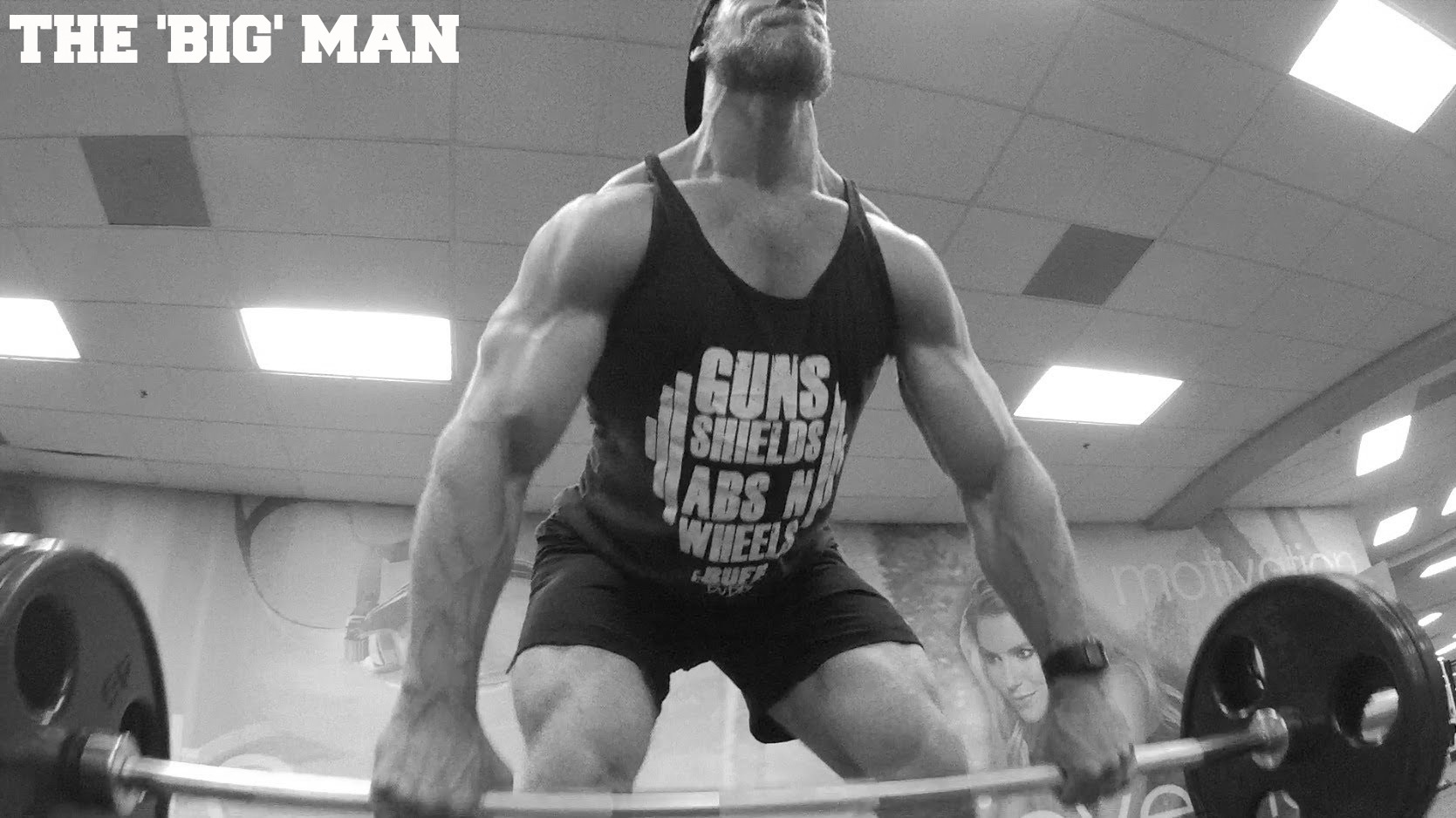 He’s usually sporting a snapback more colourful than his personality and a garish slashed vest that reads something ridiculous like ‘YAASS’, despite the fact he’s pushing forty. Walking with a side swagger even though his lats aren’t big enough to permit him to. Similar to the grunter, the ‘big’ man likes everybody to know just how hard he’s working, which is why he throws the weights to the floor creating a racket louder than his desperation to be cool. Clearly his way of demanding the attention he never got from his parents. Of course, he’s hard as nails and will square up to anyone who starts, while walking backwards, because he knows he’s still only 5’4″. 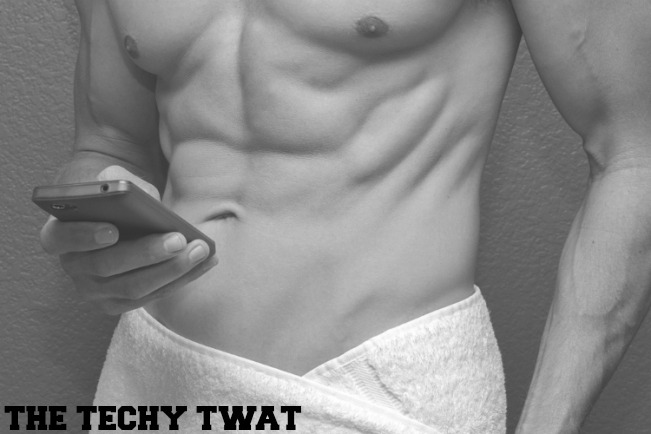 He’s the one that turns up to the gym wearing his brand new Adidas hi-tops; does it matter that they’re not practical? Of course not, he’s only there so that he can check-in on Facebook anyway. Yeah, there’s a reason why you’ve been going to the gym for months and your body is still a mess. And they’re not afraid to take an phone call, shouting about a very important first world bullshit like what douchey event they have guestlist for that weekend, while they casually stroll on the treadmill as though they’re above running.