Can You Be Friends With Someone You’ve Had Sex With? 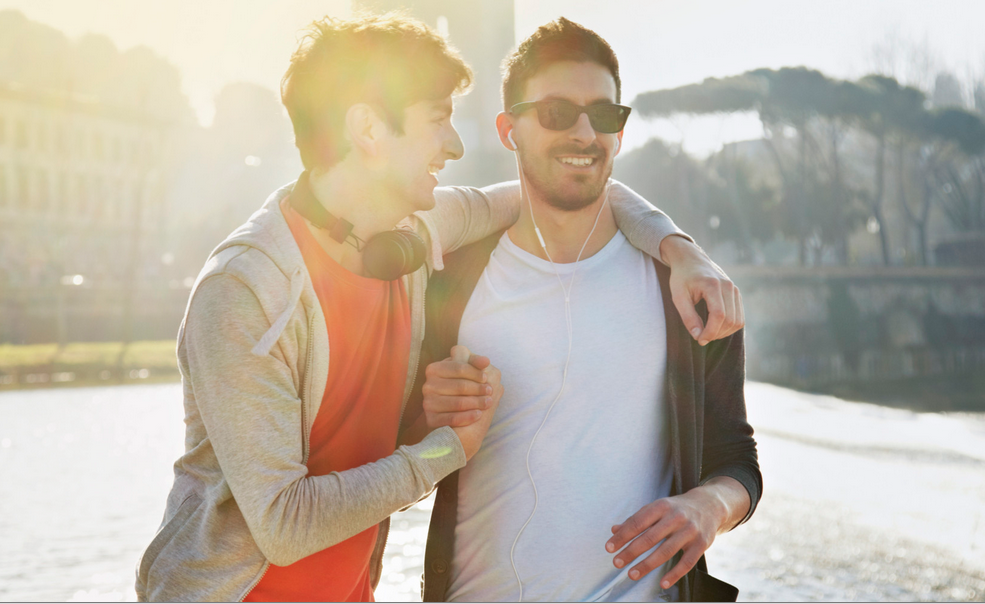 “Although it didn’t work out, I’d love it if we could stay friends…” *rolls eyes*. Babe, I’d rather blow my nose on Janet Street Porter’s maxi pad.

Needless to say, I’ve never remained friends with anyone I’ve had sex with. Not, good friends. Not the kind of friends that chat about their new boyfriends, and meet up midweek to catch-up over cocktails. Not getting each other into taxi’s when they’re too messed up to walk, and the “text me when you get home” kind of friends. There may be one exception.

I mean, WHY? Why would you want to sit and gossip about boys with someone you’ve seen naked, fondled and rejected? They clearly didn’t have the personality to be your boyfriend, so how can they be a friend? Or if they were the one suggesting friendship, then no, I don’t wanna be on casual terms with someone I’ve been intimate with, and probably still fancy. Pining for you like a vegetarian when they get a waft of delicious sweaty processed meat every time they walk past a hotdog vendor. That’s why I meet guys that are like, “yeah, we used to date”, I’m all like:

It’s not even like it’s a grey area; ex’s are for wishing  well, and moving on. More simply than that, it’s also just kind of a bit awkward. Sure, let’s catch a movie, but can you do me a favour and not mention that kinky shit I said I was into before. Rather delete the number and pretend it never happened. Bury that bone in the back yard. (Actually perhaps that’s not quite an appropriate metaphor).

But then again, I’ve never slept with anyone that I was actually friends with before; because, friends aren’t for fucking. Not in my book anyway. The thing with sex, is that it is based on physical attraction, not a mental connection… well, most of the time anyway. (The best times, it’s based on both). So if a sexual encounter was only based on a person’s physical qualities, perhaps that’s why it’s harder to salvage a friendship, because you just haven’t got to know them on a deeper level.

So what happens when you do have both a physical and a mental attraction? Well, you have sex. Surely, that’s just common sense? But if you’ve built up some form of a friendship beforehand, that has to be even more awkward the next morning, right? No, not really. Basing sexual decisions on who you have a deeper connection with too (rather than on alcohol intake and who has the biggest pecs), is actually a much more mature mindset and you’re less likely to regret it later. In fact, you’re more likely to find someone who’s right for you that way.

That’s not to say we should all start boning our friends. But if you like someone as a person, for more than what they are on the outside, then there’s a greater chance of you staying friends with them, after you have had sex. The thing is, it’s also fairly risky too. If you value somebody, a lot of the time you’ll do whatever you can to prevent yourself from losing them. But sometimes you do have to try, because otherwise you may never know about what could’ve been. But you need to be able to judge your situation with objectivity; do I want to risk someone that could potentially be an amazing friend? Then again, sometimes, unless you’re both head over heels, love at first sight, it isn’t worth it, because you could lose something that means so much more than a few months of dating.

And if you have the pretence you friendship, you don’t have to deal with that shit of bumping into him unexpectedly:

It sounds like a cliché to say “I think we’re better as friends”, but that’s because it has validity. Because no matter what we’ll always be friends bullshit, you feed each other; when you bring sex into a relationship, it changes it. You may not want it to, but having a best friend and a boyfriend are rarely one in the same. Don’t get me wrong, I’m an old-school sap that believes they should be – but it’s hard to find. But that’s not to say that you can’t get that original relationship back after you have rubbed genitalia.

So in short; yes. It’s definitely possible to have a meaningful friendship with someone you’ve had sex with — although it helps if that person has the maturity to recognise the value of it above sex, too.