Man Loses His Shit, Smashes Up Bus Stop Over Gay Hookup Ad — But Does He Have A Point? 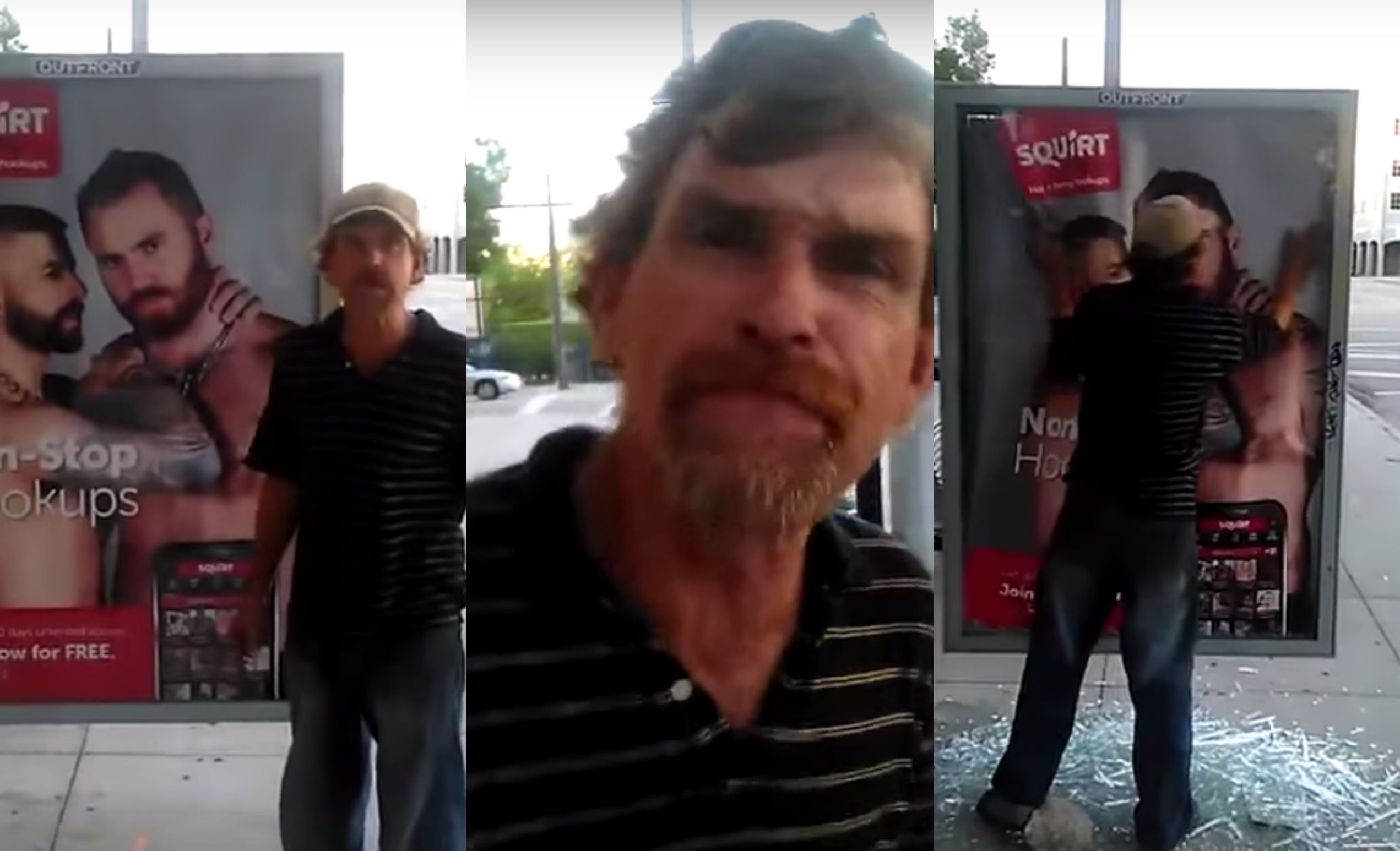 The viral video that’s got everyone talking/laughing/reaching for their toothbrush is of a reasonably unhinged ex-marine that claims he doesn’t “have to put up with this shit”. ‘This shit’ being a Squirt.org ad that shows two shirtless thirstily clutching each other like an iced Frappucino in an heat wave.

The man who has more children than he does teeth in his mouth, goes coco loco ranting about amendment and whatever. OK babes, maybe if you spent a little more time flossing your gums, rather than running them – you wouldn’t look like you’d been hit in the face with a wrecking ball. And maybe if you learned how to wrap up your dick you wouldn’t have half a dozen bunk beds full of kids to be worrying about. Nine kids? That’s a lot of compensating you’re doing.

But crazy homophobia aside, is this advert really appropriate for a bus stop? ‘Non-stop hookups’ hardly promotes a healthy lifestyle to the younger generation. Do we really want them growing up with the mentality that promiscuity and sex with strangers is the norm?

I’m not berating the hookup apps – obviously – like any gay man I’ve used them, but I do think the ad is a bit full-on for a bus stop, and that the slogan is just inappropriate altogether. And it’s not about equality or any of that, images of gay couples, gay families, gay weddings are great because they encourage diversity — But would you actually encourage your child to get “non-stop” dick? More semen in their system than the Bermuda Triangle?