Hot gay actor Luke Evans showed he had no problems showing off his physique when he was recently papped in speedos so small they’d make a West Hollywood stripper blush; and rightly so. Evans has been growing on us (*giggle*) in recent months, with his buff Instagram posts and being announced as Gaston in the upcoming Beauty & The Beast remake. Mhmm… If he were anything but a beast in the bedroom, we’d be filing a strongly worded letter.

And despite giving us kinda old school George Michael vibes, we have to admit that we’re kinda on board with the whole look; the shaved head, the shades… oh yeah, and the fairly prominent peen. 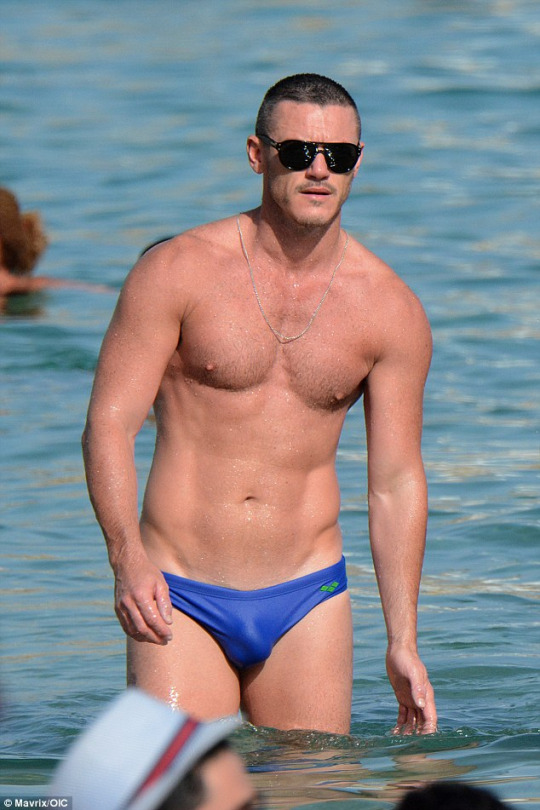 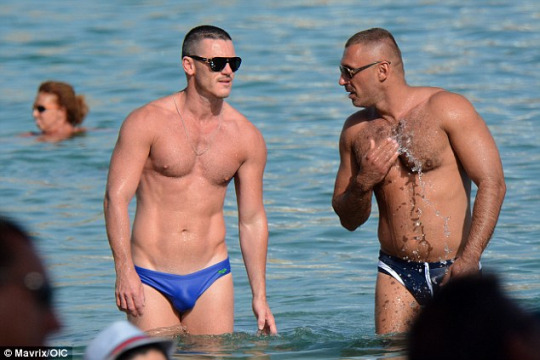 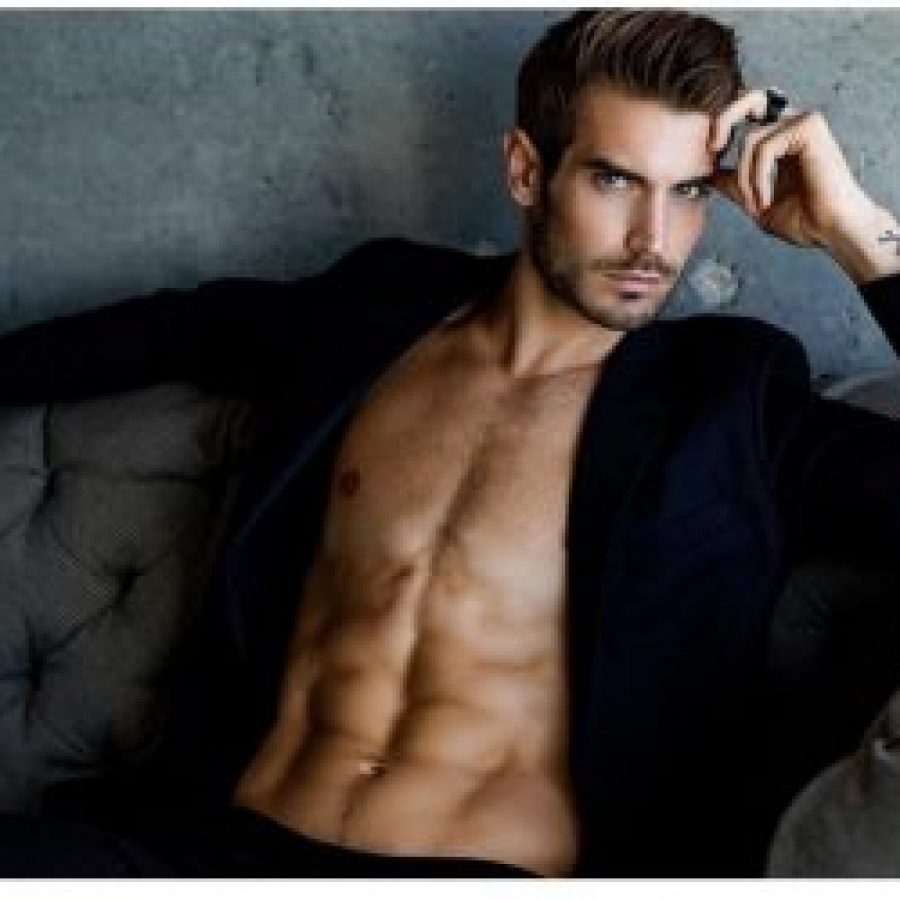