FAGONY AUNT: My Colleagues & Crush Tease Me About My Man-Bag 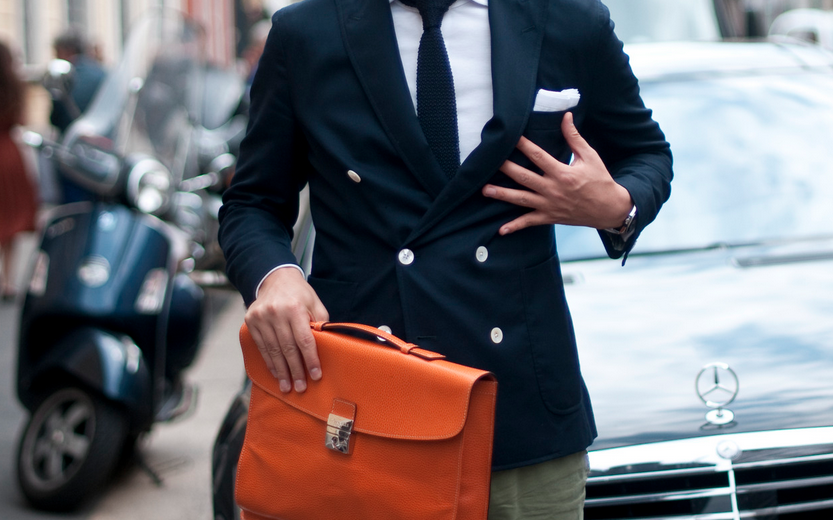 I’m a 25-year-old man and I’ve always had a passion for clothes and accessories. On holiday recently, I bought myself a man-bag thinking it looked stylish. But since being back at work, all the guys have been abusing me about it and they keep referring to my sexuality because I choose to carry one. The problem is I am gay but I haven’t come out yet and the main culprit for the insults is actually a guy I’ve had a crush on for a long time. We’ve worked together for many years. We even took up cycling together and every time we’re out for a ride I want to tell him I love him! But after all the abuse I’ve got over the bag, I think he may reject me.
Help, please!

There comes a point in every gay man’s life, where he has to choose between style and studs; unless you’re a hot tranny, you can’t have both. Firstly, we must address the bag… Is it designer? Is it subtle? Or are you twirling around HR waving a tassled clutch with turquoise sequins? Because, there’s flamboyant – and then there’s Atlantic City street walker; which I’m guessing isn’t a common look on the fifth floor. Not even on cross-dressing Friday.

You say that these men have been “abusing” you like it’s a bad thing, so I’m going to assume that you don’t mean sexually. Or do you? In which case, where you work, sister? I’mma strut up in that dive in a fucking feathered head-piece. I understand that having people comment on your sexuality is frustrating when you haven’t come out, but baby-girl, if it makes you feel any better, you don’t need to. There’s life-forms on Jupiter that know your breath smells of cock. Coming out at work would be the equivalent of taking a glittered shit all over them – because you beat them to the (verbal) punch.

On the plus side, if the guy you dream of ravaging you in the supply cabinet is the ring-leader of the ignorant baffoons, there’s a good chance he’s in the closet too. Especially if you used to go cycling, he’s probably joined in with the other guys to direct attention away from the fact he’s a Cindi Lauper fanatic and knows all the routines from Fame. On the downside, he probably won’t come out until he’s 62 and spend the rest of his single life performing at an empty gay bar as a naff drag queen called Coochie Coodies. But listen, you can’t be telling men you love them like that, certainly not when the only “ride” you’ve had is on a bicycle. Never say those three little words, until you know he don’t have a three inch little worm.

OK so I hate to be the one to break to you… actually, no, I’m kinda of indifferent, but he’s probably gonna reject you either way – let her live her sheltered life of boozing with all his straight mates at O’Neills, binging on kebabs and then spending all his wages on cocaine and strippers, wishing he had his legs by his ankles. What you really need to address, is how much you love that ugly purse. Because chances are, it’s gonna put a lot of men off you. You either drop the sack and increase the amount of dick you get, or throw two middle fingers up to the world (and those apes in your office) and pound the alarm with that bag until the cows come home (or your traditional parents do).