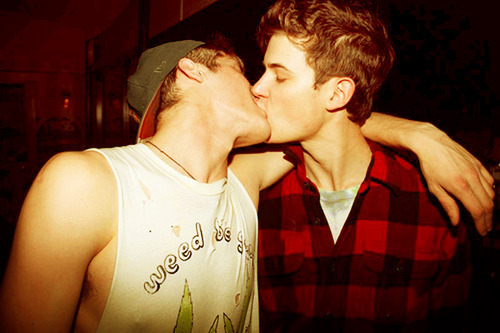 Did you know Coleen Nolan has an advice column on her CV as well as the leftovers of a singing career? Yeah, she does. And she was faced with a very sticky dilemma this week. Naturally, Fagony Aunt weighed in…

“My close male friend of 10 years has just revealed that he is gay. He has a lovely relationship with a male partner he has been with for a year now.”

“However, he also told me that three years ago he had an affair with one of our mutual male friends–who has had a girlfriend for five years. He has not spoken to him since their split.”

“So, basically, this man cheated to have a gay affair,” the man writes, “and his girlfriend happens to be my sister’s best friend of 10 years.”

“I feel extremely stuck and have told my sister I don’t know what to do,” the man writes. “Neither does she. I feel loyalty to my friend and she feels loyalty to her friend.”

“In the middle of this is a girl who is wasting her days with someone who is gay and pretends he is in love with her,” he continues. “It is an awful situation and, either way, my sister and I both feel guilty. Should we get involved? I feel disloyal to my friend if I share this information, but hideous for the girl involved with his ex.”

Normally being stuck in the middle is a good thing, especially when it’s between two beefy Brazilians. But this is clearly a different kind of scenario for you. Firstly, girl, I think you got the wrong helpline. That’s some Jeremy Kyle shit going down, and you’re asking Coleen NOLAN for advice? That woman couldn’t help her own career, let alone someone else’s turdulent love life.

Anyway, so let’s recap: Your sister’s homegirl is five year’s deep in a relationship with a guy who’s years deep in the closet. Two years into the relationship he cheated on her with your out, proud and promiscuous gay friend. You wonder whether it’s your right to get involved, any many people would say that it’s none of your business and leave it to fate. I say pick up a big wooden spoon, before that girl ends up walking down the aisle, with a man who takes it up the aisle.

First things first, let’s break this down to who’s in the right, and to who’s inside other men:

The girl is totally innocent, and “wasting her days” as you say. Your friend was wrong to play the mistress just for a bit of forbidden fruit cake. The so-called “straight” guy was arguably more in the wrong for cheating on his loyal girlfriend, just because she doesn’t have a penis. (Although, as reason’s for cheating go, that’s fairly identifiable).

Question: does the jazz-handed jezebel at least show any remorse for poking that girl’s man? If not, you know what they say; burn a bitch, like you’d burn a witch. Not literally of course, but his identity in all of this should be spared no mercy. If he feels terrible, however; perhaps there’s a way your sister could tell her friend that her man is a Mary without involving your friend.

Another question that should be asked, is who ended the split? If it was the ‘straight’ guy, perhaps he had a realisation of losing what a great thing he has with his beard. If it was your Samantha-friend over here, then the girl definitely needs to hear the truth. Also, was the cheating guy the top? If so, and she takes it up the bum, they might be able to make it work.

Tell your sister to act like a best friend and tell her chica that her fella’s been playing  her. Of course, it’s then up to her to do what she wishes. But if she stays with him, don’t be surprised if she ends up slumped in an ugly wedding dress, crying because it’s time for the ceremony and nobody can find him. Or coincidentally, the priest.