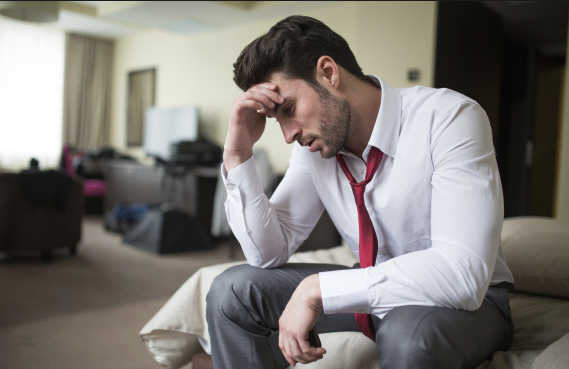 It’s a Friday night and the guy you’ve been sort-of-seeing, sort-of-not seeing, casually, kind-of, -ish, hasn’t text you for a booty call… even though he knows you have a free house. Hmm. Probably got stuck working late or dragged out for drinks by his mates, right? No. Girl, it don’t matter if that man was abducted and probed by aliens, he’d still be hitting up your Whatsapp when they dropped his ass back to Earth. Well, IF he wanted you, that is. Deep down this isn’t news to you. But realistically who would welcome rejection with open arms?

The same way we don’t like to be told that our outfit doesn’t match our shoes or we’ve had too much to drink by a bouncer. But the fact of the matter is, sometimes the brutal truth is the best thing you can hear. Quite often we need to hear it so that we can move forward. While we continue to live in this cycle of denial, making excuses for someone that holds no real attachment to us, the only person we’re damaging is ourselves. We convince ourselves that this sugar-coated veil we’ve created is the truth, and it becomes harder and harder to draw the lines between what is real and what we’ve constructed to protect our feelings. Not just in relationships, but in other aspects of life too.

Let’s face it, carrying around a bruised ego is as pleasant as slugging around a plastic bag full of horse shit. So we create this deluded bubble of self-importance that not only prevents us from meeting genuine partners, it also stops us growing as people. That’s not to say we should do a complete 180, and blame ourselves for every sap we couldn’t get to fall at our feet (and then propose). But rather than continually throwing ourselves at someone, who probably wouldn’t even notice if we threw ourselves down the stairs – take a second to think about who’s doing all the chasing. If it’s you… Aw, hun. Not only that, but if he isn’t making the time to see you, it’s time to put on the Whitney playlist, mope for a day and move the fuck on.

Which is why, “He’s just not that into you” is still one of the most relevant pieces of advice that we can take onboard. (Or choose not to take onboard). Basically, every time you feel like you’re receiving mixed signals from a guy or aren’t really sure where you stand with someone and their inconsistent behaviours; the answer is probably that he is just not that into you. It could be for a number of reasons, some of which aren’t your doing or are out of your control – but who has the time to stand around and deconstruct that shit? It will only ever end in a negative opinion of yourself.

If a guy knows you like him, quite often he’ll tend to keep you sweet just to have you as a back-up, feed his ego, or because he knows you can get him into the best parties. So, yes hun, you are being used. As much as you try to convince yourself that you’re getting just as much out of your arrangement as he is – you’re not. If you were, you wouldn’t give a flying fuck about the mixed signals. You’re in denial. If the man wanted you, you wouldn’t be mincing around relationship purgatory waiting for his call.

Of course, if you’re content being this player’s puppet, pandering to his needs and galloping to the foot of his bed whenever he unzips his jeans – by all means – go ahead. But the sooner that you realise, he’ll quickly get bored and find a new toy, the better. You’ll encourage the growth of your self-worth, and more importantly you’ll learn how to swerve the time-wasters.