Man Bashes One Out In TK Maxx, Destroys Stock In Process 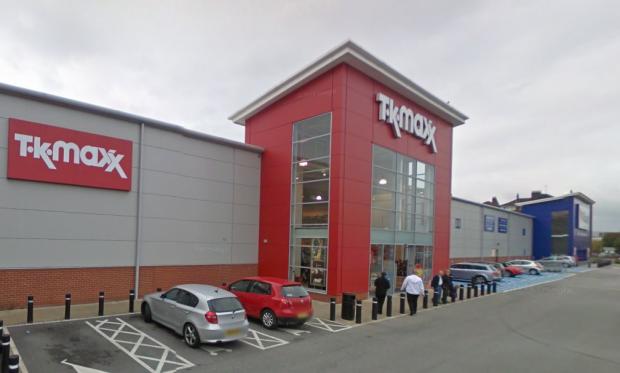 So remember when that Mexican lady flicked her bean to 50 Shades Of Shit in a public cinema? Well, while the rest of the world was telling that jezebel to put a padlock on her knickers, this man was chuckling away like, ‘bitch, you think that’s a bag of nasty? Watch and learn, girl!’

Yes, a 27 year-old man has been arrested for letting his pet snake loose amongst the rails of discounted designer clothes at bargain house TK Maxx. I mean, obviously it would only go down in somewhere like Bolton. This is the most eventful thing that’s happened in the town since… UM… We’ll get back to you on that one.

The po-po were called in at 11.40am when staff caught the man engaging in a ‘sex act’ with himself. 11.40am? Did nobody tell him you’re supposed to relieve your morning glory before you leave the house. He’s been taken into custody for outraging public decency and criminal damage. That might be a little hasty, maybe he just really liked the clothing.

In all seriousness though, what drugs was he on to do this and why have we not heard of them? Well, it is in Bolton after all, probably high on tractor fumes. Unless there’s a fetish for out of season Diesel wear that nobodies heard of. But it’s like, dude, if you’re gonna commit an act of indecency, why TK Maxx? Girl, that’s low. And in Bolton too? Had he been in Versace tugging over this season’s clear heeled mule kicks, one might have understood. Meh, maybe he thought it was all a load of wank.

Whatever, can we see the security footage or not?