Thought of the Day: Why Owning Your Weaknesses Will Make You A Winner 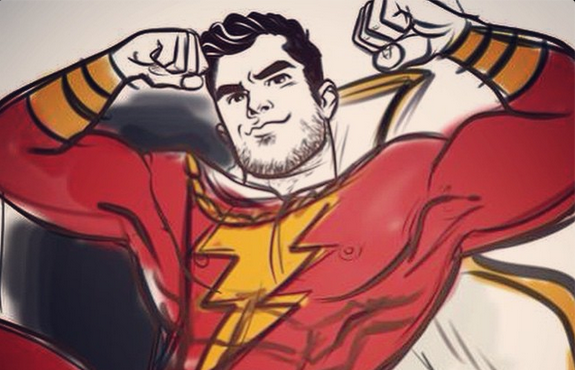 Everybody has weaknesses. Even you, bitch. And even me. There’s not a single person on this planet who’s entirely flawless (Zac Efron is about as close as it gets, but I’m sure even he can be flaky at times). The sooner we all realise that, the sooner people can take that stick out their ass, stop pretending they’re perfect and lighten the fuck up. But not only that, the sooner we accept our flaws, the sooner we realise that they are what make us different from other people. They are the things that someone, one day (Praise be Lord Britney), will fall in love with us, despite. They’re the things that separate us from the other 2-dimensional bitches.

But furthermore, the sooner you recognise them yourself – the less anyone else can put you down about them. If you know yourself, the chances are you’re not easily offended as it goes anyway. And when it’s hard for somebody to offend you, not only are they wasting energy on irrelevant disses that don’t get under your skin – you’re also wasting less time worrying about what they’ve said. And so you should do. Life is way too short to be all serious ’bout shit.

The topic of conversation originally arose when a friend and I were discussing the variety of night life on the gay scene, and managers/promoters/whoever getting offended about how their space is viewed. As I’d heard a few people were less than thrilled with some of the comments I’ve dropped on this blog.

“The thing is, everywhere gets a bad rep for one reason or another… If it’s Fire – it’s drugs. If it’s G-A-Y – it’s cheesy. If it’s Comptons – it’s cruisy. There’s always going to be something, but it’s part of the game/business to play on certain stereotypes” he stated.

I couldn’t have put it much better, to be honest. Sure, certain places get bad reputations for certain aspects – but the fact that people can dance all night, chewing their eyebrow off, is exactly what people love Fire for. The same way people love G-A-Y for cheap drinks and cheesy pop. So when someone knocks you for something negative, you’ve only gotta look at it in a different way to turn it into a positive.

So it’s not just recognising these weaker traits that will get us ahead in life – it’s owning them. And turning them into strengths. I was recently told that I’m uptight, and it’s something I should change because it’s not an attractive quality. Please honey, you think I don’t know that? But if I weren’t an uptight bitch, I’d never get anything done. There wouldn’t be no blog to be chatting this BS on if I wasn’t overcome with anxiety every time my readership dipped slightly.

My point is (well, I’m pretty sure you’ve got it by now), that knowing yourself is one of the most powerful tools you can have. Because when you turn a weak trait into a positive one, y’all haters ain’t got a leg to stand on.