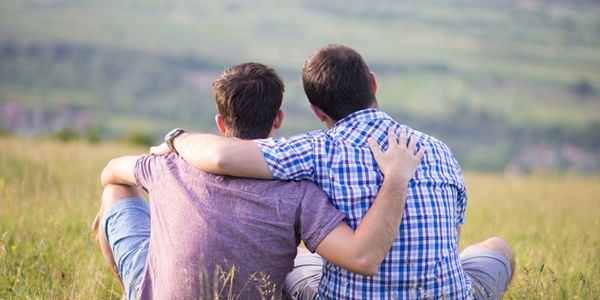 As we’re sure you’re all aware, the marriage referendum is going down today in Ireland – obviously we’re here to support, and are truly hoping we can make this huge step in LGBT history. This story from our good friend brought a tear to eye…

As our pal Olan was on his way to the poling station in Ballyfermot, he noticed an elderly lady that had fallen down outside. (Ooh, bitch had taken a tumble and it wasn’t even midday). Naturally, he gave 73-year-old Betty a hand, and helped her up. He pulled up a chair  for her and got her a clean glass of water

As he asked if she was OK, she complained of a pain in her back. Olan offered to drop her somewhere, or call an ambulance, to which Betty declined but asked if he could contact her daughter for her.

They struck up a conversation about the referendum, as they awaited for Betty’s daughter to arrive…

“I am, it’s a yes all the way from me” Olan rightly stated.
“Really, you’ve your mind made up?”

And her daughter stepped in, “I’ve been telling her this all along… Now ma, call your sisters and tell them.” she told her mother.

How beautiful it is that one person’s actions can have a knock on effect. Olan we raise a glass to ya pal!