Emoji makes texting fun. Bible. Can you imagine telling your inner circle that you just got a promotion at work without the high five emoji? Or how good the Grindr meet was without the Eggplant? YAWN. If you aren’t quite fluent yet, used our emoji decoded guide… 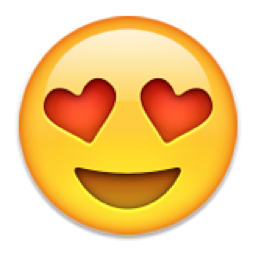 In a nutshell: I want that D

It’s the perfect emoji to say that somebody’s new Whatsapp pic gives you fanny flutter. Or, in the case of the gays, hoop hunger. You know if you get sent the heart eyes emoji, he wants to bang. And sure, posting this on some thot’s profile pic isn’t exactly the most subtle approach, but it’s definitely less thirsty than than sending over a pic of you on all fours spread out like a gaping Christmas turkey. 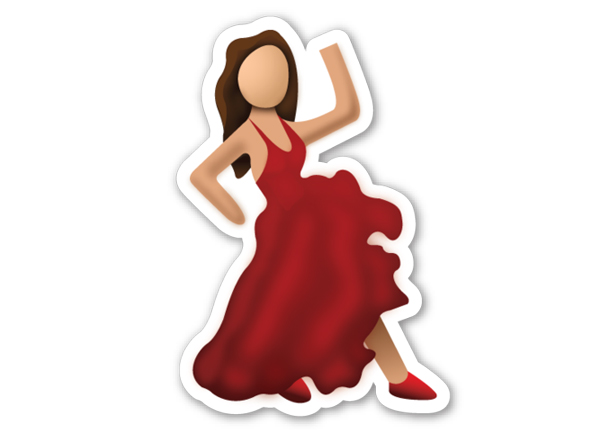 In a nutshell: We’re gonna get white girl wasted

The salsa lady is an elegant representative of ‘party hard’. The salsa lady is ready to get turnt up at even the shittest of house parties. She ain’t ’bout that quiet life. Whatever you say, she sashays the hem of that dress in your face. Cut to 7am when it’s up round her waist and knickers to the side, and she’s getting smashed like a piñata. 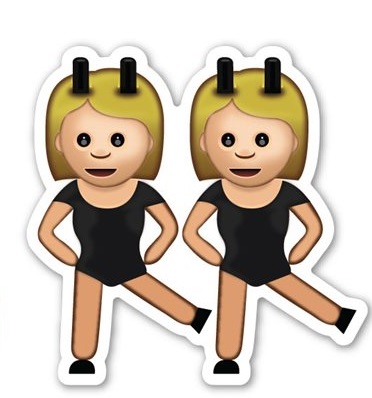 In a nutshell: Double trouble

The two naughty sisters, innocently dancing together. Please. The one on the left is saying, “shall we get another gram?” when the one on the right pulls one out her bra. On their own, these bitches can be reasonably respectful, but get them in the same room and they’ll skip straight towards the hot boys and simultaneously drop to their knees. 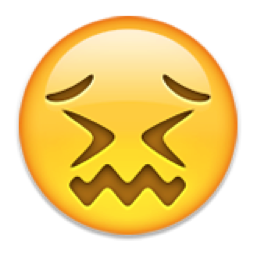 In a nutshell: First World problem

The wincing emoji is the definition of a “life-ruiner”. And by life-ruiner, we mean those earth-shattering moments which lead you to question WHY God hates you; like getting stuck in traffic, or running out of battery with no charger, or – dare we say it – leaving your house without your earphones. 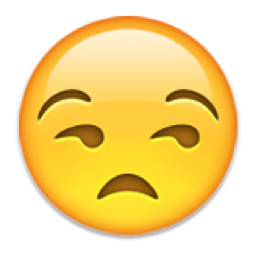 In a nutshell: Really, queen?

This emoji is one shady bitch, but guess what? So are you… giving more side-eye than Mariah. She spends the majority of her social life listening to wannabes name-drop D-list celebs, thirsty hoes talking ’bout how hung the last guy they bent over for was, and trashbags complaining they wanna throw themselves off a bridge every Tuesday – this is her natural reaction. Can you blame her? 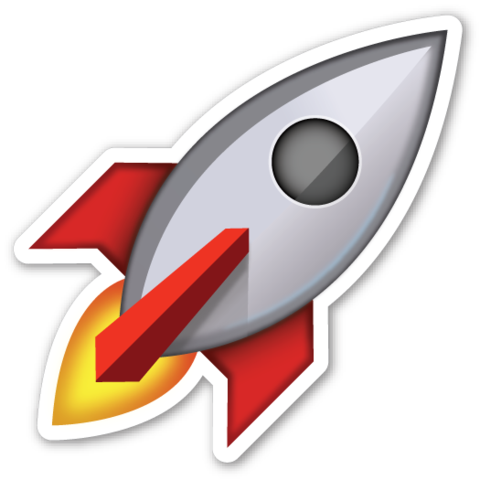 In a nutshell: Off my f*cking nut

The rocket simply symbolises those times you are FLYING. Well, it feels like you’re flying rings around Saturn but you’re actually just clucking around a chill out with Uranus half hanging out. 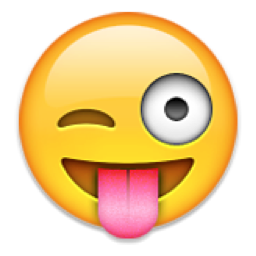 In a nutshell: Let’s bang

The winking face alone is a cheeky fucker. And the poking-out-tongue is so suggestive that if it were a work colleague it’d be getting done for sexual harassment. Putting these two together, is definitely an invitation to bump uglies. If you’re tryna be some arrogant hottie, don’t use this one for flirting… You’ll only have yourself to blame when the twink turns up at your door in a jockstrap, with a thirst for spunk. 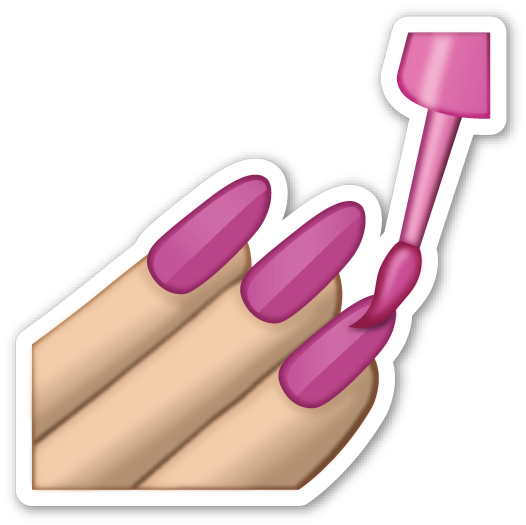 In a nutshell: I OWN LIFE

Painting/filing nails; the favourite past time of the bouji bitch. How else is the lady of leisure supposed to express her winning at life? It goes with everything. “He asked me out on a second date”, *files nails*. “We got VIP tickets to see Madonna perform”, *files nails*. “The guy at Pret gave me a free coffee”, *files nails*. Yeah, this queen is all about getting her own way. When it doesn’t… expect a *wince* emoji. 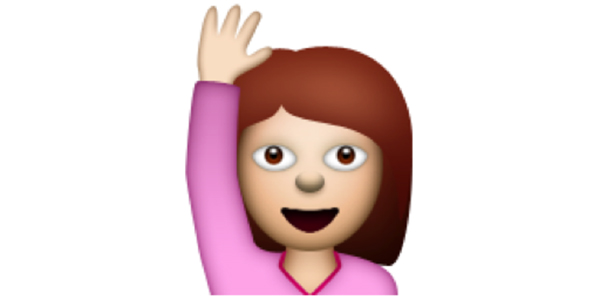 In a nutshell: Hi, bitch!

This girl is that face you pull when you’re out in Soho on a Tuesday night, just after a (reasonably) quiet drink with your boys/girls, and just after that fifth vodka starts kicking in, you bump into that tacky thot you can’t stand. But, keeping up appearances and all that BS, next thing you know, “HAY BABY GURL!” *kiss on each cheek* “How ARE you?!” before wasting half an hour of your life. 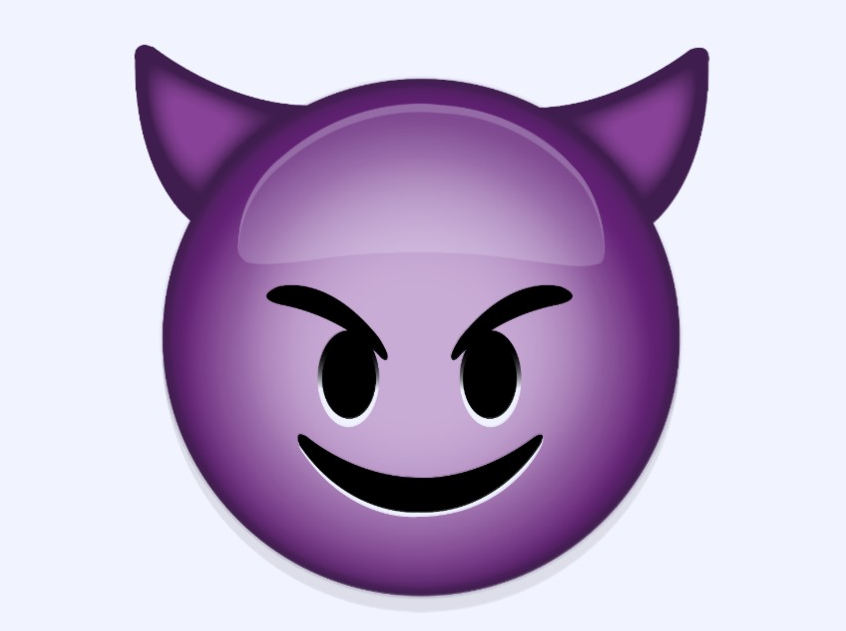 In a nutshell: I know we’re not supposed, but let’s fucking do it anyway

Like the salsa lady, the mischievous devil loves to ruffle a few feather boas. The difference is, that while the salsa lady loves to get turnt up, she has her limits. The devil couldn’t give any less fucks. He has absolutely no intention of even half-behaving, which is why one drink on a Thursday means you shouldn’t expect him home ’til Monday. And smelling of plant food, sleaze and shame. This mess could go out for high tea with his Aunty and still end up cruising at the nearest public toilets. 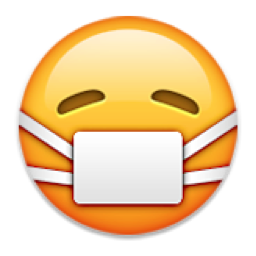 In a nutshell: Girrl, you nasty!

… So nasty in fact, that we all wearing our Swine Flu masks just to discuss you *snap*. Actually we keep them under our desks for every time you decide to discuss your sex life on social media. Sister, you seriously uncouth. 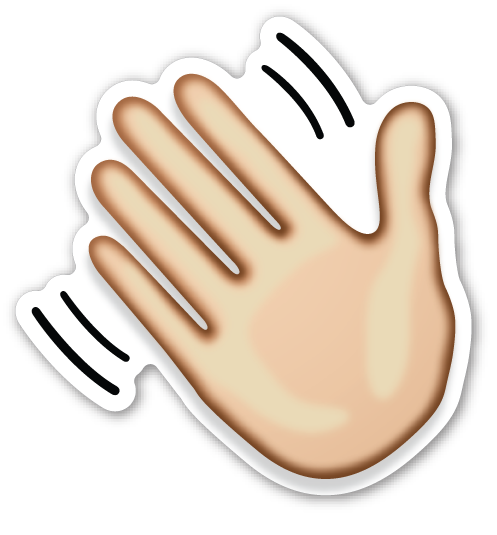 In a nutshell: You’re irrelevant

Basically, bitch, you’re done. Like, so done, you don’t even require dismissing or dissing. I literally don’t even have the energy to tell you to take your raggedy ass up outta here. BYE FELICIA, and don’t let my door hit your ass on the way out – I ain’t got time to go disinfecting the place. 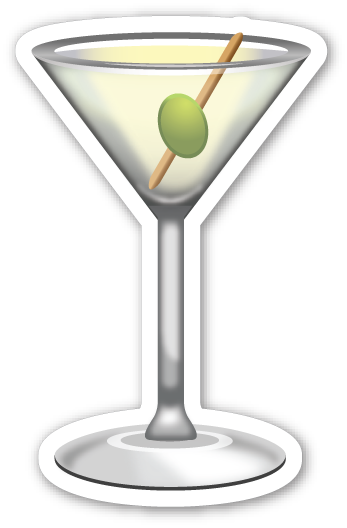 In a nutshell: Cocktails & Cocktalk

Everybody knows that half the fun of going for cocktails is the cocktalk. It’s part of the lifestyle. Live it, love it, appreciate it.