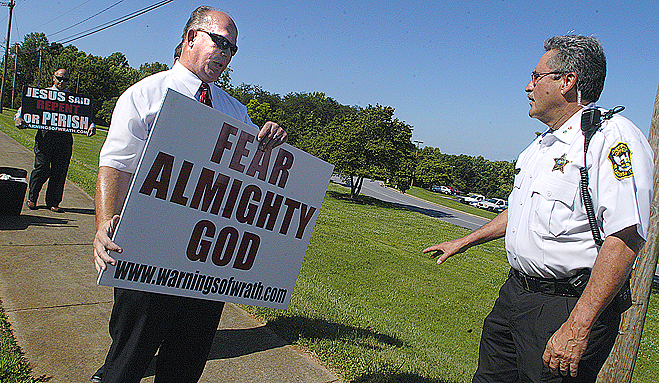 Sad Shrew Randy Bryson (above) of the Open Door Baptist Church in South Carolina has a rep for buzzing around gay-friendly events, campuses and protest rallies with his gaggle of gargoyles, shoving their “Shit stabbers go to hell” signs in everyone’s faces. Claiming to be a ‘street preacher’ who is ‘fulfilling the scripture’…