What We Can Learn From The Bruce Jenner Interview 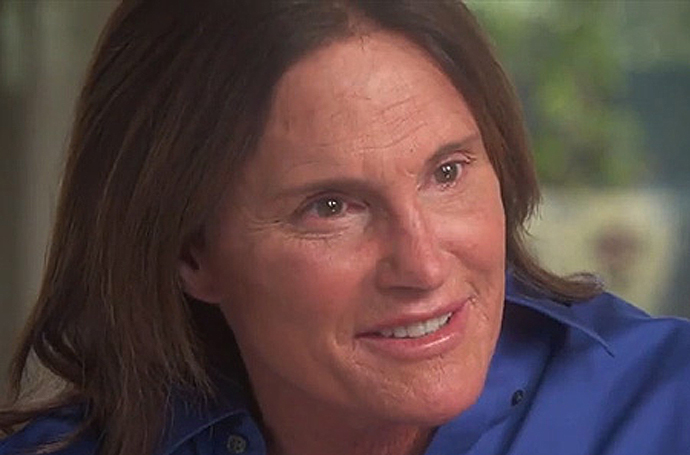 This week Bruce Jenner confirmed on an interview with Diane Sawyer that he identifies as female. And so from now, we will refer to Bruce as ‘her’, not ‘him’.

From the start of the interview Bruce was emotional, shedding tears before the interview had actually commenced. Which just proved exactly how tough this journey has been for him. I’ve previously not commented/posted on Bruce Jenner (until this week, when it was confirmed she was female), because I didn’t think it was fair to report on such an issue based on hear say. Firstly, transitioning is a very difficult time for anybody, but taking into account that she is from an older generation, has a family and is under the speculation of every media outlet in the world – it must be especially hard.

He explains that he doesn’t like the term “girl stuck inside a guy’s body”, because he isn’t “stuck anywhere”, he’s just who he is. A powerful statement that not only gives an emotional insight to how people that are confused about their gender-identity feel, but also progresses how they are viewed. And then she takes out the ponytail… YAAS! If she’s coming out she might as well do it properly.

Diane goes on to question the possibility of Bruce’s gender transformation being part of a stunt to promote the Kardashian brand because everybody knows them hoes all about doing whatever they need for fame, but Bruce responds perfectly, saying that what he is doing will “change the world”, and that if being a shameless sell-out on Keeping Up With The Kar-Krashians gave her the opportunity to do that, that’s all good. YES. AMEN to that! If you’re gonna radically change the world for the better, you best believe there ain’t no shame in how you got there!

You can easily see what a relief this is for her; even just talking about re-emerging as “myself” lights up her face. The interview frequently returns to the subject of sexuality and gender identity as the same thing. I don’t understand what is so hard for people to understand, they’re completely separate entities. I mean I can understand the confusion in assigning a sexuality to somebody who is transgender (not that anybody should have necessarily have their sexuality assigned for them), but when Diane asks “are you gay?”, Bruce replies “no, I’m not gay”. Bruce obviously understood this question to mean, does he like men. But technically, as Bruce is now living as a woman, but is still attracted to women, technically yes she is a gay woman. But I can understand if she doesn’t want to put a label on it – as some people (especially those with complicated attractions/identities) just aren’t comfortable with them, or she may not fully know herself, or possibly just not want to disclose – all of which would be her decision.

The interview may also change people’s opinions on power couple Kimye, as it is revealed that Kim has “by far” been the most accepting, but not without some words from Kanye, who rather wisely said that if he can’t be himself, everything he has in life means nothing. It showed that he empathised with Bruce, and perhaps isn’t AS big of a douche as he comes across. And what advice did Kim give him? “You gotta look good.” YES GIRL. That is probably something I would say! And with the leaked photos from earlier this week – she does look good! Didn’t I tell you she had Kim’s make-up artist.

Diane shows footage from around the world of transgender people being brutally beaten, which is quite simply beyond uncomfortable and horrific to watch. It really makes it hit home just how twisted some parts of the world are. And watching young people go through the pain of growing up transgender is disturbingly eye-opening. And perhaps proposes a rather unsettling question: Will we ever live in a world where people will stop discriminating against those who are harmlessly different?

The interview gives a deep insight into just how big of a burdon growing up in the wrong body is, and just how life-changing a transition can be. That might sound a bit obvious, but until actually watching this it’s not something that I’d ever really considered – probably because although I know people that have/are transitioning, it’s never been a friend close enough for me to understand it at length. The fact there is still a risk of suicide after transition demonstrates how scary the process is. It’s one thing to be accepting, but completely different to being understanding. And with hand on heart, I can say that I’ve truly learnt things from Bruce Jenner. Sure there are parts of the world where being gay is still illegal, but the transgender community has far more work to gain acceptance – and that’s something I can really empathise with now.

What’s really interesting is that when asked if Bruce was the interviewer, what would she ask herself, she replies “Are you gonna be OK?”. And so midst all the questions about when did she know, who did she tell, what’s her sexuality, blah, blah, blah – all she wants is for somebody just to check that she’s going to be OK; so touching.

As the end of the interview nears, and Bruce asks the world to have an “open mind and open heart”, I can’t help but cry. There are no words to describe how cruel transgender people are treated in some parts of the world. As if they were murderers or rapist, beaten, bullied and killed. And this is absolutely unacceptable. Fighting for equality is not just about the gays – the trans community are our brothers and sisters also and we need to help them overcome their battle too.

I can honestly say that I have the utmost respect for Bruce’s brave decision to transition so late in life, and to talk about it so openly and publicly; brave, inspirational and admirable. Let’s hope she’s right about changing the world.

If you haven’t caught the interview yet, watch it in full HERE.