Fagony Aunt: I Shagged My Fiancé’s Dad, Should I Tell Her? 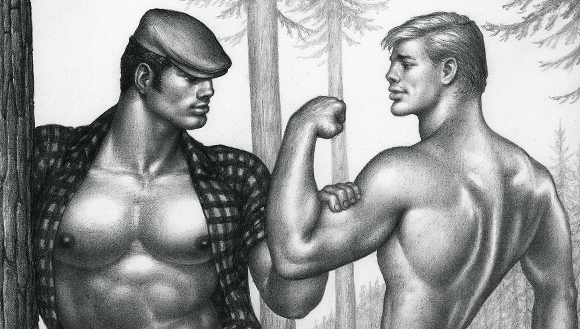 You know when you’re up in the club, just breathing diva and just as you’re ’bout to guzzle down that first double vodka with Tequila chaser, you see you that guy you been fondling with every time you’re a little worse for wear? Absolute life-ruiner. Well girl, next time you’re in that awkward situation, just think about this guy:

It featured in this week’s ‘Dear Mariella’ Column in The Guardian. But this really sounds like a dilemma more suited for our Fagony Aunt to handle:

How you doiwaan’? Firstly, pour yourself a stiff drink, it sounds like you need it in the midst of all this drama. It’s certainly the only stiff thing you should be having at the moment. Secondly, you say you’ve only been in love for a year. I think you need to take a moment, (and a Valium) to assess the situation. Is she definitely The One? Choosing a wife isn’t like buying an island or taking drugs from strangers, you need to think before you act. I’m guessing because you’ve put your penis inside this woman, and a man roughly 20 years her senior, that you’re not too fussy – so it’s best to be sure.

I’m sure the last thing you expected when meeting your fiancee’s parents was to have George Michael’d her dad, but it’s like the old saying goes “if you fuck in bushes, you’ll get scratched by racoons”. Which, while we’re on the subject, there’s nothing “intimate” about tugging a stranger’s knob in a public vicinity. Regardless, he can’t be too bad at the dirty deed if you went back on more than one occasion, or is it just slim pickings near where you live?

So now this randy mutha-fucker (or should that be son-in-law-fucker) is all up in your grill to take a truth pill? There’s no need to “make contact”, your genitals have done enough of that already. Like who does he think he is? Blowin’ me in a bush is one thing, but don’t go blowin’ up my phone like you know me, you didn’t even know my name until your daughter said it. Fasty bastard. Especially when he wants to keep his antics a secret and go midnight mincing through the woods. So you’ve reached an impasse. ‘Bout “impasse”? Girl, I’m a busy drag queen and you got me up in here Googling words and all that shit. Knock it off.

I’mma tell you something about her father. That right there, is a bitter old queen. Trapped in a sexless marriage. And now you wanna leave a life of normality (not your sexuality is abnormal, but can’t imagine old Irene next door crawling around the cruising ground looking for cocks), he’s not having a bar of it. He is devastated that his daughter in gonna be riding that youthful dick, and his sagging scrunchie won’t get a look in. And now he’s all throwing pictures in your face like he’s a Desperate Housewife with reason to blackmail? Girl, no.

It seems you have two options here, you can either keep your secret and risk her father telling her anyway – in which case both of you will be sinking like Seth Rogan without a life jacket. Although, as her dad he’ll probably spin some yarn longer than his list of random fondlings and all will be forgiven, while you’ll be searching for a new girl. Or you can be honest to her about your sexuality – which if you are as in love with this woman as you say you are – you should have done already. But just don’t tell her you noshed her old man off on a dirt track somewhere. The second she knows that, she’s out the door quicker than Whitney when the crack run out.

If he pushes you to tell her everything, question his intentions about what is best for his daughter. If he persists, that is one nasty queen you got on your hands. Bury him. My mate Jez will do it for a few hundred quid and hand-job.