Are Mixed Nights Changing The Landscape Of Gay Clubbing? 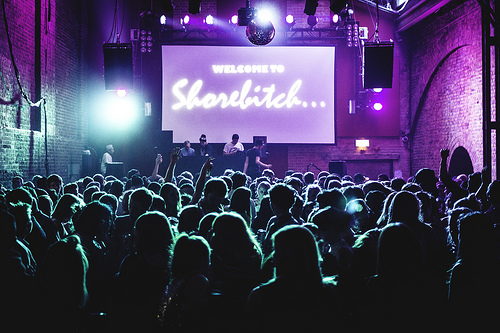 Maybe it’s because we’re tired of the internalised homophobia that so many gay men seem to suffer from. Maybe it’s because we’re bored of seeing the same twisted faces each week. Maybe it’s because we can’t stand to be in the same room as the mistakes we made three years ago. Maybe it’s the urge to get away from ‘gay’ drugs, like G and mephedrone that are wreaking havoc with our sleep patterns, morals and sexual habits. Maybe, God forbid, they actually play better music than us. There are a number of reasons why a wave of gay men are opting for mixed club nights over predominantly gay ones.

Club nights like Shorebitch are bringing a flavour to the gay community, that is currently filling some sort of void. It allows gay men to socialise in a club where they don’t feel like their sexuality is made a big deal of. And it also allows them to socialise with a wider range of people, that aren’t just mainly gay. Swamped by gay bars, happy hours and late-night-(very)-early-morning clubs, we can forget the world is much bigger than Old Compton street and Vauxhall. Sure, but you can get that at any straight club, right? But the relaxed vibes mean you don’t ever feel unsafe in the environment.

Not only that, but nights like Shorebitch encourage a healthier lifestyle. Let’s be realistic, if a club closes at 10am – you ain’t leaving at 4am, bitch please, you probably ain’t even arriving ’til 5am. And then you’re sleeping all through the next day, if you’re sleeping at all. When we go to Shorebitch, we go out at reasonable hours, dance ’til our body craves for our bed, and crash at 6am. We’re slightly broken, but it means Sunday isn’t a complete write-off (let alone Monday or Tuesday). And we don’t feel grotty like we do in other sweaty establishments. 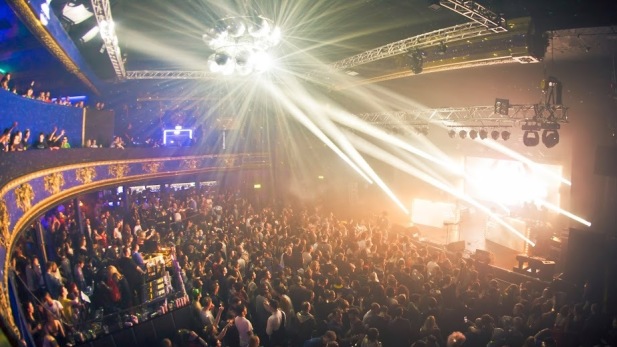 The music is a refreshing switch-up from the monotonous house beats and shrill pop divas that are usually found in gay bars. Sure, we have the occasional monthly R&B night dotted around here, there and Dalston, but Shorebitch gives us something deeper, edgier, less commercial than that, you know those old school garage vibes that you grew up with in school before you burst out onto the scene. Sure, you might not have been entirely happy back then, but that didn’t stop you loving the music. It’s like listening to your ‘kisstory’ playlist of Spotify but with a much (much) better sound system. They’re events also bring you some of the sickest live PAs; Skepta, Artful Dodger, DJ Luck & MC Neat – tell me you’re not tempted! And now they’ve recruited Garage legend Shola Ama to perform for their 3rd birthday in May.

And it’s not just the music that brings you nostalgia, check out these posters dotted around the club, with those lyrics you remember from back in the day: 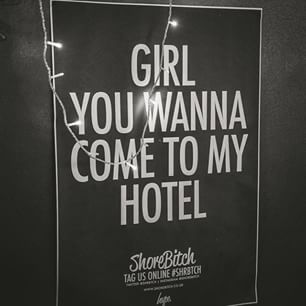 Another one of the beauties about Shorebitch is that it moves around. So even though you’re going to same club night each month/couple of months, because the scenario and surroundings change it never feels quite so repetitive. Every time they post the Facebook event, you’re wondering where it’s at!

Shorebitch is one of a number of clubs/nights popping up around the City where relaxed vibes start to melt the rigidness of sexuality. Also check out events at The Nest (36 Stoke Newington Road, Dalston, N16 7XJ) which frequently feature the Shorebitch DJs. Or Bowlin’ With The Homies at Bloomsbury Lanes, every first Friday.

Next month #Shorebitch celebrates their 3rd birthday! We’ll (obviously) be there. We recommend getting your tickets early, as it’s gonna be huge!