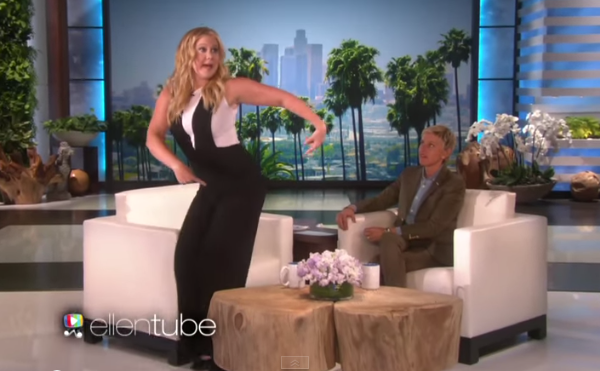 Amy Schumer is kind of like a female Will Farrell. People either love her, or just think of her as about as relevant as a paper weight. We’ve always found her quite funny, and personally can’t wait for Trainwreck later this year. Gays be like: “THIS IS SO US!” yeah, of course it is babes, except Amy Schumer’s banging hot men (in the film) that she hasn’t hasn’t picked up from a naff gay bar. But that’s why the film looks good, because it’s relatable. Which is why they sent the script to Amy Schumer, she’s relatable, and people like that.

She took to Ellen’s infamous sofa this week to discuss her upcoming film, and – of course – dating… Check out her rib-tickling interview here:

For this first time ever, Ellen be like: OK cool, I’mma just sit here and let you do the comedy.