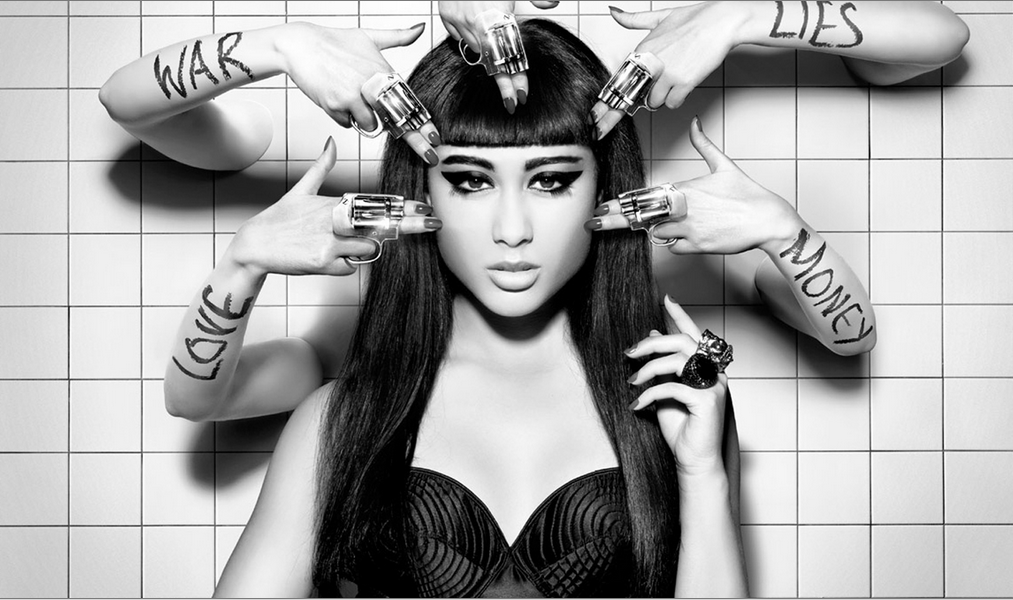 Having just caught up on the controversy surrounding the cutting comments that came from Natalia Kills and Willy Moon, I have to admit I’m quite surprised that she would go in so deep with the comments like that, when the only TV show she could get a spot on was in New Zealand. Desperate times, babe – it’s hardly the moment to be extending your claws.

The thing people need to realise is that there’s a big difference between bullying and banter. But many people, both on the giving and receiving end of the comments can’t quite get to grips with this – and usually it comes down to a matter of intelligence. First and foremost, it depends on what you say. People having banter rarely come for something personal about somebody else; that means that looks and weight are off bounds, while things like fashion and demeanour are acceptable. Similarly, words like “atrocious”, “disgusting” and “ashamed” are distinctly spiteful, especially when they come from somebody that used to be Verbalicious.

Secondly, it’s how you say it. Even when somebody says something nasty, if it’s said with a slight inflection at the end, it doesn’t sound as so. If Natalia had said, “I found it… kind of… atrocious” with a cute little giggle, and then a wincing expression that suggested she felt bad as she said it, we wouldn’t even be here. But she said it as flat as her last album. Maybe she’s just bitter because it charted at number 70, (US, nowhere in the UK).

Finally it depends on the relationship between the two people, and the circumstances. In this case, Natalia and the contestant are not friends – you can’t get away with saying shit like that to strangers. If you’re pals and know each other well enough to dog one another out, without it being taken to heart, that’s down to your friendship. But when one of you is coming for the other one, in public (or even worse, on TV), it’s unnecessary bullying.

Sure Simon Cowell might been known as ‘Mr. Nasty’, but the nation knows that Simon isn’t being cruel. And, let’s face it, the people he says it are either a) seriously deluded and fairly in need of a reality check, or b) able to take it.

She could have stated that she felt he’d copied her husbands style without all the poison – although considering she’s hardly the most original ‘popstar’ on the planet, this probably still would have been a stupid comment. Even more so considering she thought the guy even knew who her husband was. Who’d have thought she was so deluded? I wouldn’t even mind if he was known, yet irrelevant. But how many people have even actually heard of Willy Moon? No, that’s a serious question. I would like to know how many people in the world can tell me who he is and what he’s sang. I’m absolutely baffled, to be quite honest; the only thing “atrocious” around here, is her ego.

It’s not even like she’s even allowed to have diva-scale PMS, because 90% of her singles have tanked. ‘Bout she felt “ashamed” to have been sitting there. Girl, you’re lucky New Zealand even had you. Wonder if she feels gutted that the YouTube clip of her being a total twat will probably get more views than her biggest-selling song.

And all of this is coming from a Natalia Kills fan. I actually deemed her as one of the most under-rated artists in the industry. Her songs are dark and catchy, and she makes a sickening music video too. But maybe that’s why she’s got getting the credit she deserves (musically), because she’s an utter ball bag. Everyone in the industry probably hates her already, so nobody is promoting her tracks or aiding her climb to the top of that Ivory Tower she’s waving down at everybody from.

But it just goes to show you, not only can you not judge a book by its cover. But you also can’t deny a rude bitch, no matter how much you love their work.